While Americans fuss and fume over our crumbling infrastructure, the Germans are forging ahead with Stuttgart 21, the largest infrastructure project currently under construction in Europe.

And as is typical with German infrastructure builds, the project is ahead of schedule and under budget. Major construction began this year on the 9-billion Euro ($11 billion) project, of which the main hub is a new high-speed rail network that will connect Stuttgart to Ulm.

When done in 2021, the Stuttgart-Ulm rail line will have added 120 kilometers/ 72 miles of new rail lines including a loop that will connect Stuttgart with its outlying airport, four new train stations including a repurposing of the existing Stuttgart main train station, 25 tunnels and 55 new bridges. Trains in the new system will be able to reach speeds of 250 kilometers/150 miles per hour.

The German public was adamant about saving the historic main train station in Stuttgart and minimizing the impact of the new rail lines. As a result much of the rail traffic will run underground in tunnels now under construction.

During a press trip to see Liebherr’s new dozers and telehandlers we got a chance to see this underground tunnel construction first hand. For a deep dive into what we were told is the “New Austrian Tunneling Method” check out our slideshow above. And for a video of Liebherr’s monster R 944 C excavator at work underground, watch below. 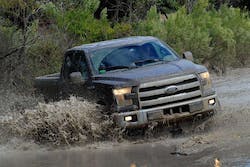 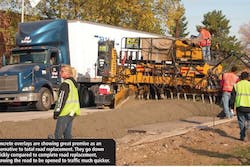 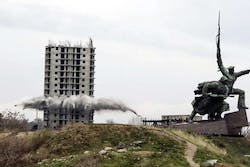 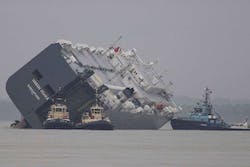