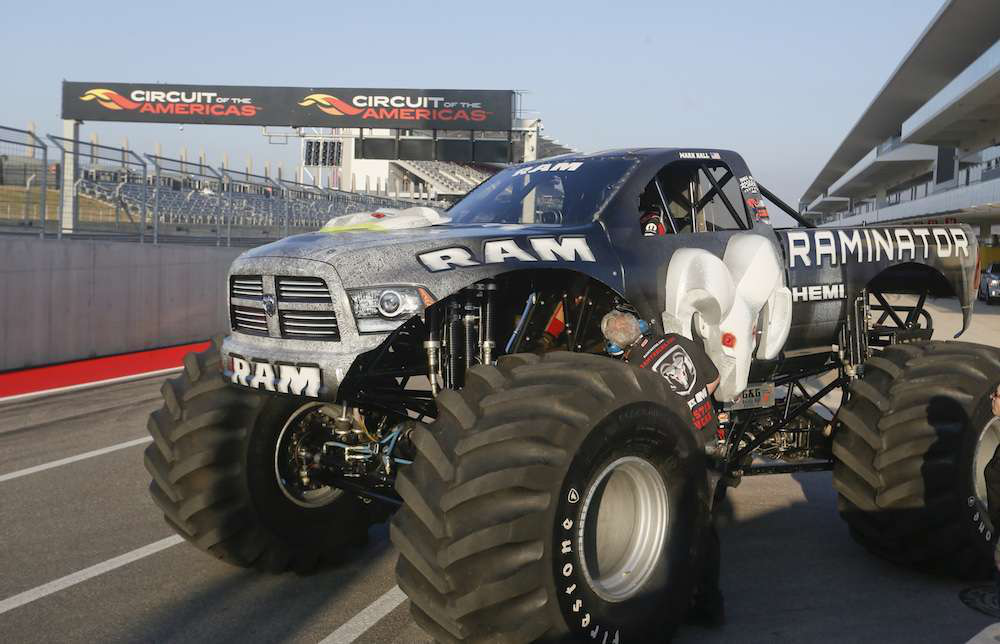 The Raminator, the officially-sponsored monster truck of the Ram Truck brand, became the fastest truck of its kind Monday in front of Guinness World Record officials at Circuit of the Americas in Austin, Texas. The truck raced down the main straight of the track, accelerating to a top speed of 99.1 miles per hour as it crossed the finish line to break the Guinness record for “Fastest Speed for a Monster Truck.” It broke the record of 96.8 mph set back in 2012.

While 99.1 mph might not sound all that fast for a world record, the feat is impressive given the sheer size of this truck. It weighs an incredible 10,500 pounds, with the tires, which are made for fertilizer spreaders, accounting for 3,600 pounds of that weight, according to Truck Yeah.

While Ram sponsors the truck, it and two other Chrysler-backed monster trucks are owned and operated by the Hall Brothers Racing Team based out of Champaign, Illinois. The team are no strangers to success. The Raminator has been named Truck of the Year by the Monster Truck Racing Association eight times—more than any other truck.