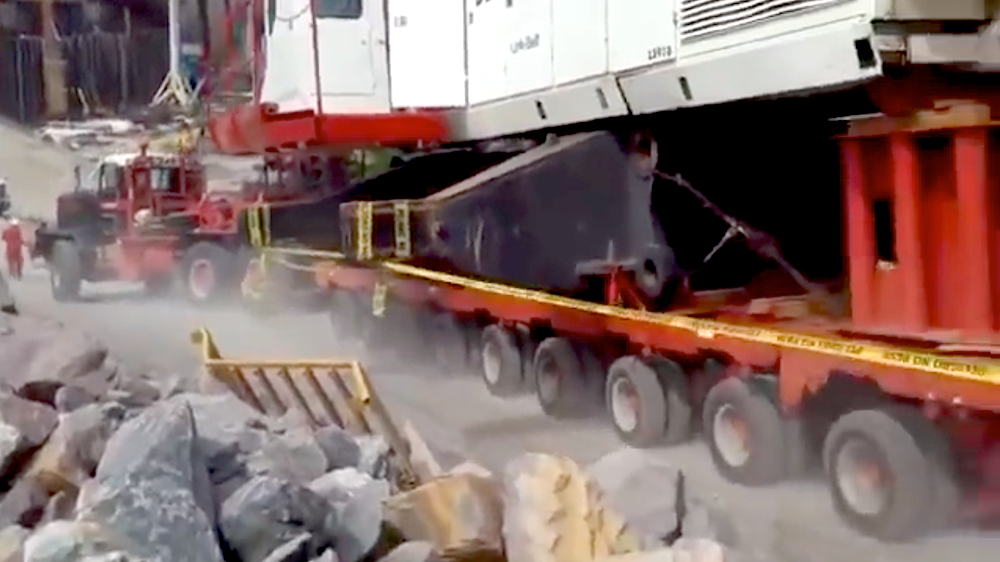 We’ve all been involved in tense situations. But few of us have ever been in this tense of situation.

In the video below, we see a hauler bringing in a Link-Belt crane to a jobsite. Problem is there’s a pretty steep dirt slope between the hauler and said jobsite. As the driver starts carefully descending the slope, he quickly finds that despite his desperate attempts to brake, the weight of the crane is now shoving the truck and trailer down the hill. It doesn’t end well.

What’s crazy about this video is that despite all the chaos, everything remains extremely quiet. Probably because everyone involved is in so much shock. Luckily it doesn’t look like anyone was hurt. Watch the video below.