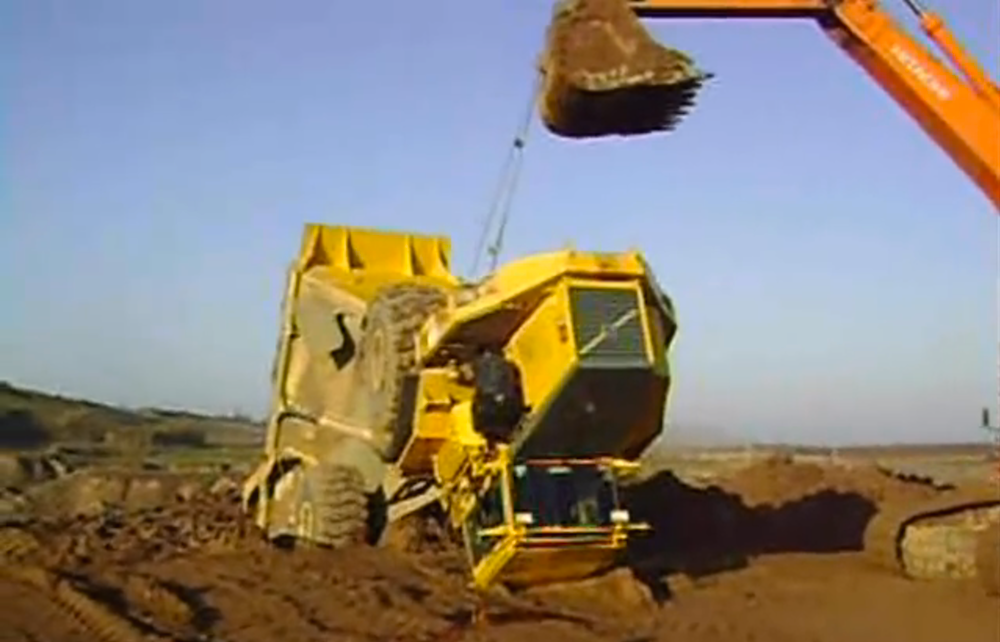 The first time you see the predicament this Volvo articulated truck is in, you can’t help but wonder how on earth a truck could become so contorted. But, as do most accidents on the jobsite, it has a pretty logical explanation. According to YouTube uploader doidriveyoucrazy, the artic’s cab was lifted off the ground and rolled over onto its head when the dirt bank gave way from the back end of the truck in the middle of a dump. In the video you see the excavator operator tugging at the truck cab, trying to flip it back over by pulling to the right only to realize that he was only further twisting the cab and needed to change direction. Uprighting the truck took about five hours and thankfully no one was hurt and they were able to get the truck repaired. Watch the video below.