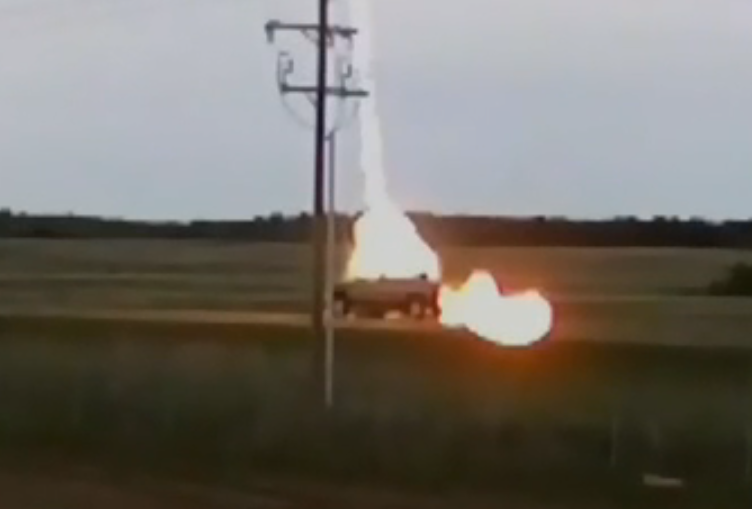 While driving along Highway 14 in Edmonton, Alberta, Canada last month, Al and Betty Perry say all of a sudden they felt their Chevrolet Silverado shudder and heard something that sounded “like a sonic boom.” 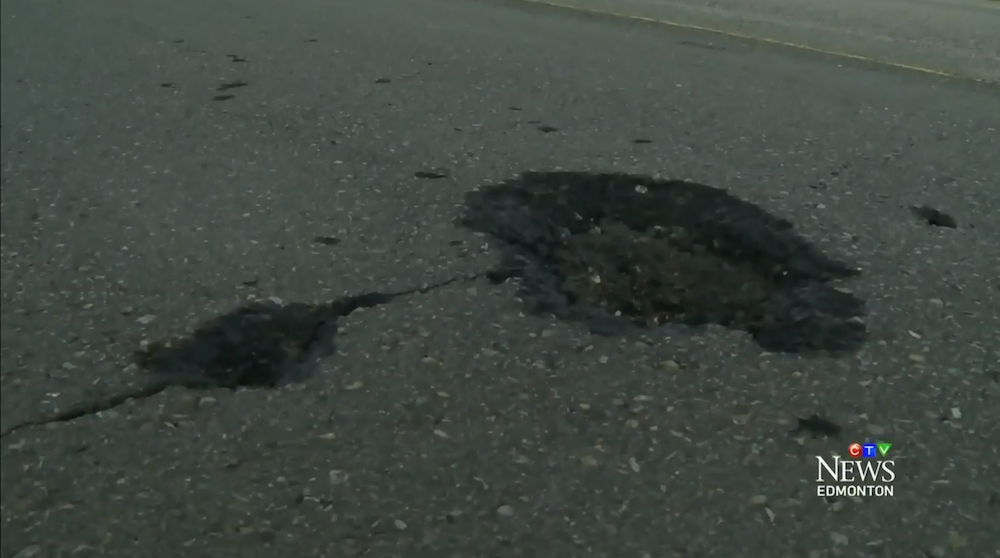 One of the craters left by the lightning strike.

The couple’s truck had been hit directly by a strike of lightning. The strike was captured by a security camera at a manufacturing company on the other side of the road and reported on by CTV. In the video below, you can see the lightning strike the truck and travel through it—in one moment looking like a fireball.

The lightning created two craters in the highway. The strike created such an impact that six airbags deployed and smoke began filling the truck. Perry says he believes the electrical system on the truck was fried because he was unable to unlock the doors of the truck to escape. He then tried to kick a window out to no avail.

Fortunately, an officer with the Royal Canadian Mounted Police was driving by at that very moment and was able to save the couple from the smoking truck.

You can watch the CTV interview with Al and Betty Perry by clicking here.