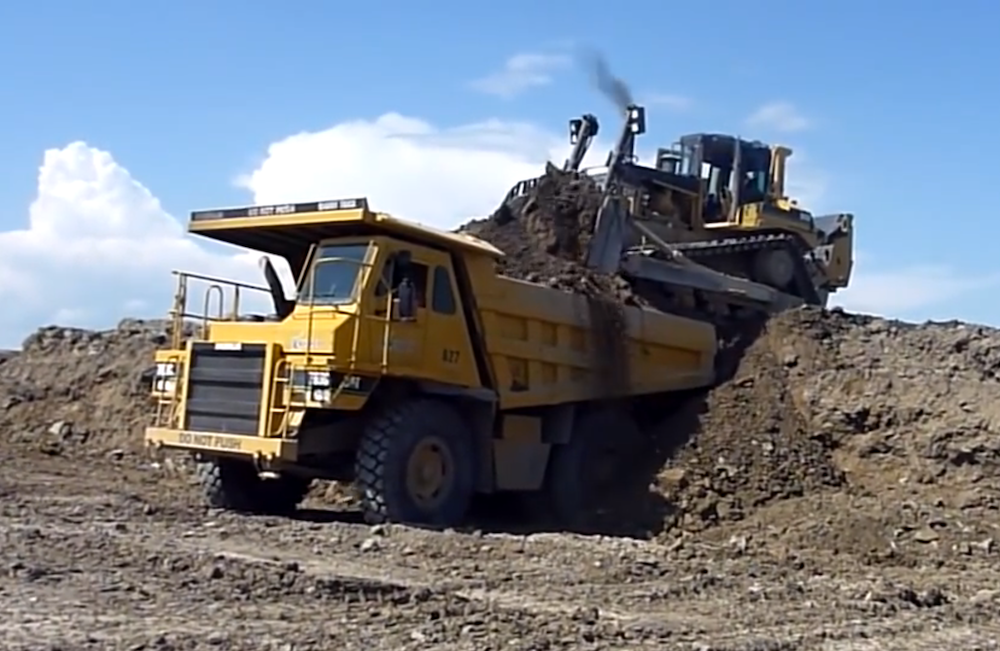 At the beginning of the video below, we hear the guy behind the camera mention that he and his crew are already down a rock truck and an excavator. (For what it’s worth, it appears they were making repairs to the excavator’s bucket.) So, in the name of productivity, they decide to load the other rock truck with a dozer. And while that sounds like a great way to ruin the one rock truck you have left, they’re able to get at least once decent-sized load out of this questionable maneuver.

For the first couple of minutes, the dozer makes a few initial pushes that get a bit of dirt into the truck, but also serve as building a bit of a path for when things get really interesting. Around the 3:20 mark, the dozer gathers up quite a bit of dirt and this time doesn’t stop when his blade is over the bed. Instead, he starts to actually drive on top of the dirt inside the bed, pushing more forward to complete the load. As we said, they get a load out of this, but the fuel costs and potential damage being done to the truck far outweigh the benefits of one load. Check out the video below and let us know what you think.