“This is a special occasion.”

That’s why Lisa Parberry, who co-owns the Scrap-It recycling center in Ferndale, Washington, says she and her employees decided to paint one of their shears to look exactly like the Seattle Seahwaks logo and rip apart a 1985 Ford Bronco.

The Seahawks won their first Super Bowl Sunday night against the Denver Broncos and the video below was shot three days prior as a bit of wishful prognostication on the part of the Scrap-It employees, according to the Bellingham Herald. In the end, the way the claw and shear manhandle and rip apart the orange and blue Bronco—adorned with the Denver Broncos logo—perfectly foretold the way the Seattle defense would shut down the Denver offense.

We have to say though, that Bronco wasn’t your typical piece of scrap. As you can see at the beginning of the video, it runs well enough to spin a burnout before being thrashed. Lot of good parts gone to waste there. Check out the video below. 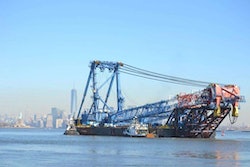 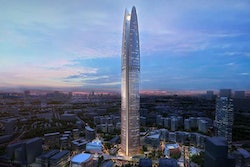 This 1,600-foot skyscraper harnesses wind through a massive funnel to generate its own power 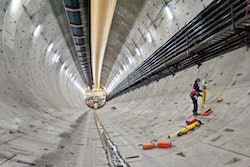