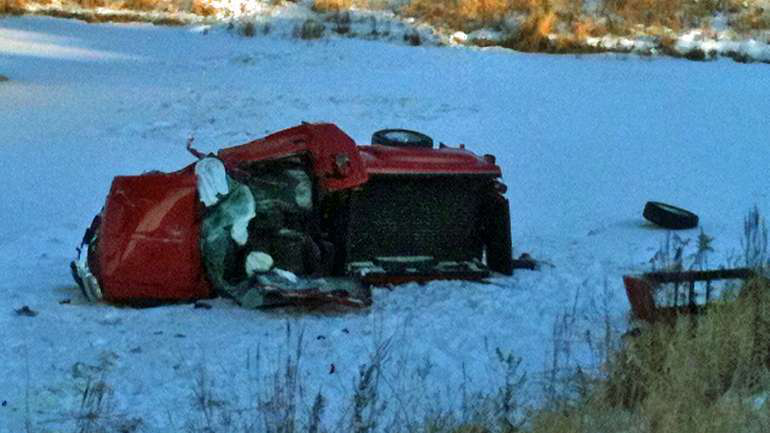 The Ranger was discontinued back in 2011, but after seeing just how “Built Ford Tough” this 2001 model turned out to be there might be a renewed interest in the midsize pickup.

Anne Spiess, 54, of Maplewood, Minnesota was driving on Interstate 694 in St. Paul when she lost control of her Ford Ranger, according to a report from CBS affiliate WCCO. The truck flew over the guardrail, twisted in midair and came crashing down upon a frozen pond a few hundred feet from Interstate 35E.

When authorities arrived at the scene Spiess was conscious and was taken to the hospital where she was treated for minor injuries. It’s important to note that she was wearing a seatbelt. Authorities believe a strip of black ice caused Spiess to lose control of the truck.

A Minnesota Department of Transportation camera caught the miraculous ordeal on tape.