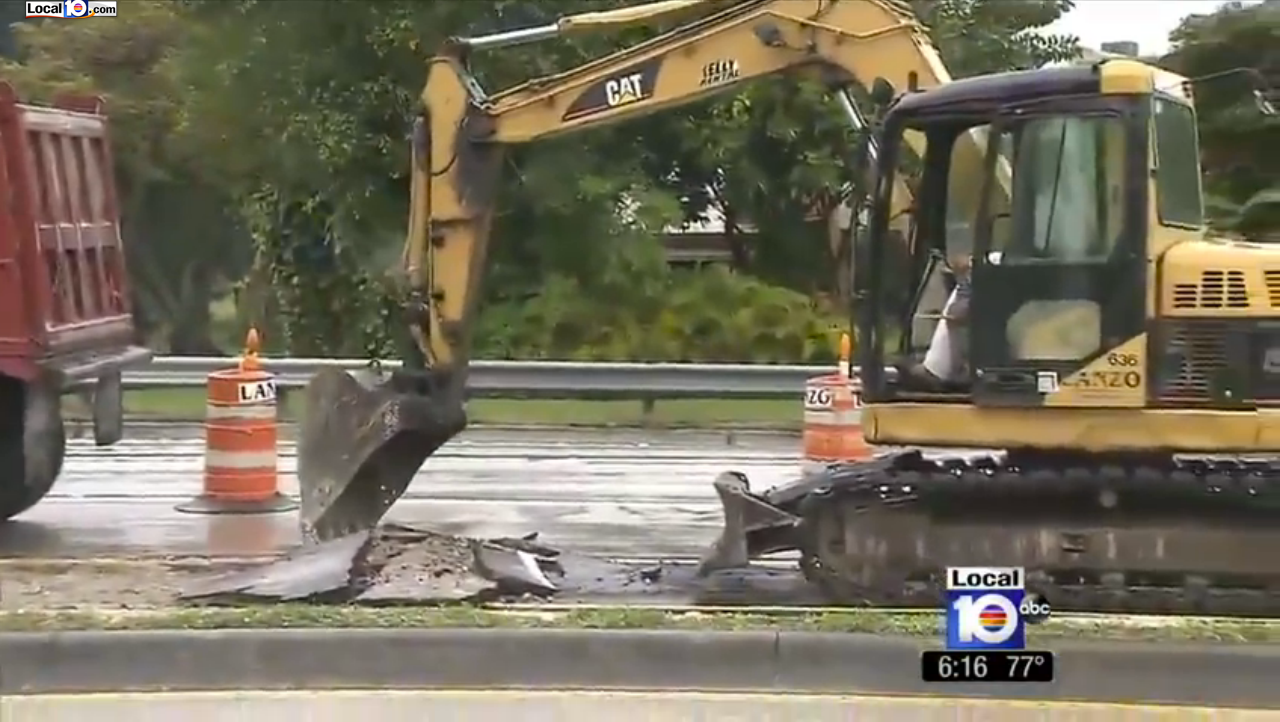 While digging the trench for a water line installation a few weeks ago in Davie, Florida, a utility crew discovered the remains of a 2,000-year-old Tequesta Indian woman.

Archaeologists in the area rarely find fully intact skeletons and are saying that this discovery may be the best preserved find in the last 40 years, according to the Orlando Sun Sentinel.

The remains belong to a woman about 5 feet tall and in her 20s or 30s who likely lived on one of the Pine Islands, a set of islands once surrounded by the Everglades, Bob Carr, director of Archaeological and Historical Conservancy, told Local10.com. 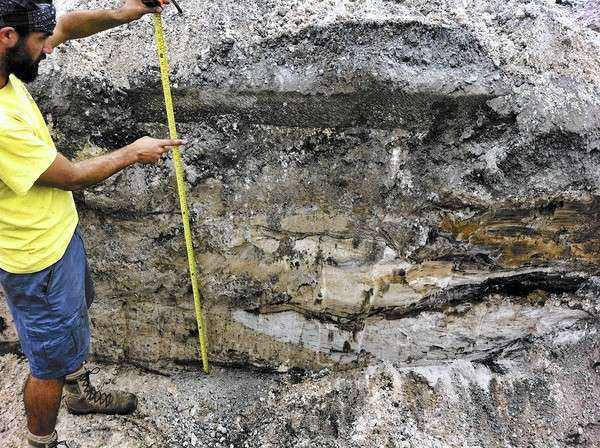 An archaeologist shows the area where the 2,000-year-old remains were found. Credit: Archaeological and Historical Conservancy

There are no signs of trauma indicating how the woman died, Carr said. Other artifacts, including tools made from deer bone were found nearby.

No photos of the skeleton itself will be shared or published “due to state law and tribal respect.”

One lane of traffic along the road was closed while archaeologists recovered the remains. The skeleton is now being analyzed by state and local archaeologists and will be reburied in a secret location.

Three other intact skeletons were found in the 1980s near where the woman’s remains were discovered. Another was found about 12 years ago during construction of a housing development in Miramar.

And Carr believes more will be found.

“I can assure you there are more graves under Pine Island Road,” Carr told Local10.com.