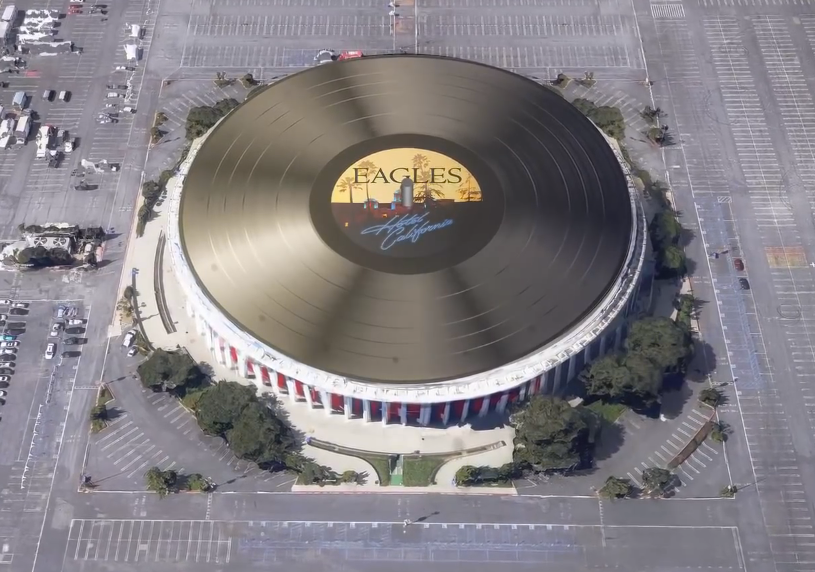 That’s what is spinning atop the newly-renovated Forum in Los Angeles at this very second. Specifically, The Eagles 1977 hit album Hotel California.

It took a crew of 75 construction workers about 10 days to complete the project and the record can resist winds up to 80 mph.

The record spins top the building to promote a string of six performances by The Eagles starting Wednesday that will re-open The Forum which has undergone a $100 million renovation.