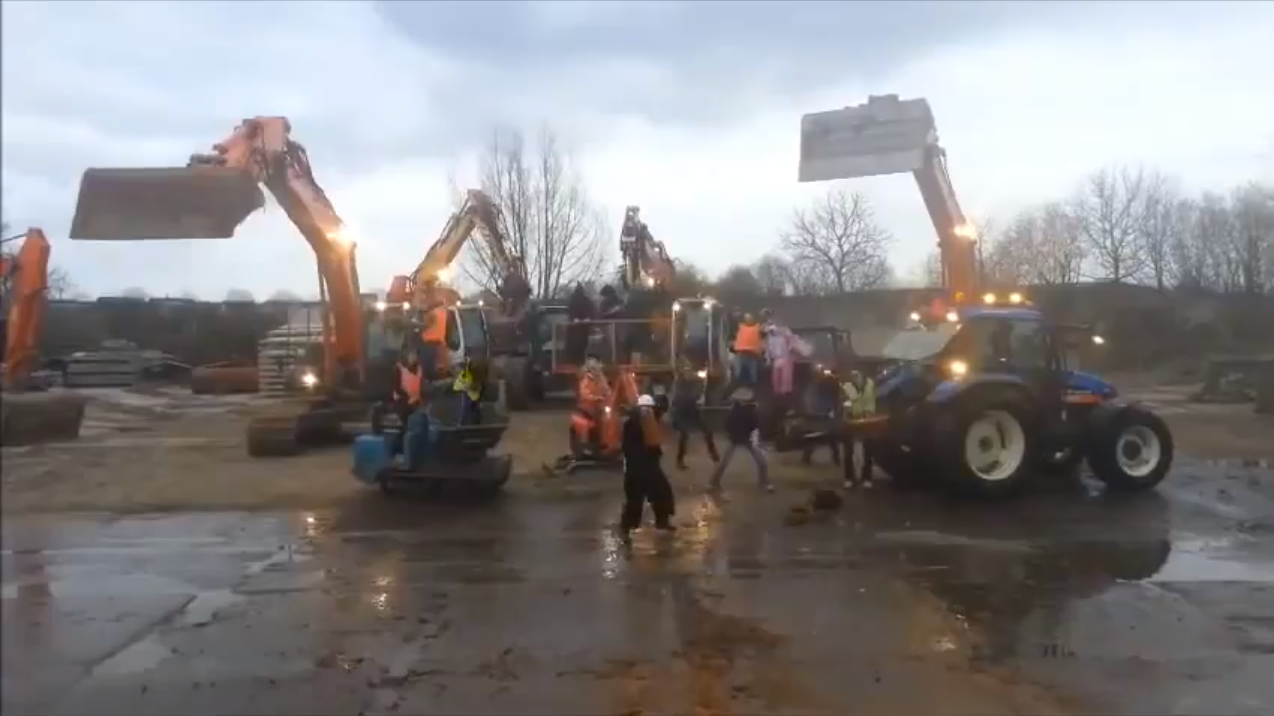 If you’ve been fortunate enough to avoid exposure to the Harlem Shake craze that has swept the Internet in the past month or so, our apologies in advance. But we had to share this.

We have some huge safety concerns, but this unidentified crew is the first we’ve seen with such a sheer amount of heavy machinery involved in the craze and they’re even making their equipment dance along.

We would advise against trying such a thing out. It flies in the face of a lot of safety standards. Plus, a group of 15 miners in Australia recently lost their job over their own Harlem Shake video. And unfortunately, it wasn’t nearly as impressive as this one.