CASE Construction Equipment is rolling out a full lineup of its new E Series excavators this fall. The rollout features seven new models, including two entirely new excavators, the CX190 and the CX365E short radius, whose designs are focused on enhancing the total operator experience.

“We have recognized that our customers' needs continue to evolve, and revising the model lineup and balancing the applications versus the offering dictates adjustments from time to time,” says Brad Stemper, Case North American product management lead for construction equipment. “With the E Series we are expanding the product line with two new models. This new offering demonstrates a commitment to invest and grow the offering to meet customer demands across the broader spectrum of machines and technologies.”

These new excavators feature a 10-inch LCD display that serves as the control center, including hydraulic flow control adjustments. In addition, most machines have transitioned to the FTP Industrial engines for increased power, torque, transient response and emission simplification versus the prior engines in the D Series excavator lineup.

“Operators of Case equipment have long recognized the machines as the smoothest operating machines in the industry,” Stemper says. “This will remain with the new engines and the integration of the Case intelligent hydraulic system tuned for controllability and efficiency in their operation.”

All new, all different

“The CX190 E is a model that sits just below one of the industry's most dominant size classes and fits a specific niche between those customers who need something just a little bit bigger than the traditional 17-metric-ton models and a little bit more cost- or value-beneficial than the 21- to 22-ton excavators,” Stemper says.

“This machine fills an industrywide demand for a short-radius excavator, particularly popular with road and bridge contractors and nonresidential construction applications,” he says. “Even though this machine is a short-radius unit, we've leveraged the same E Series cab and all of the operator platform enhancements for this model, which isn't traditionally the same on all SR series because of the reduced footprint that they aim for.” 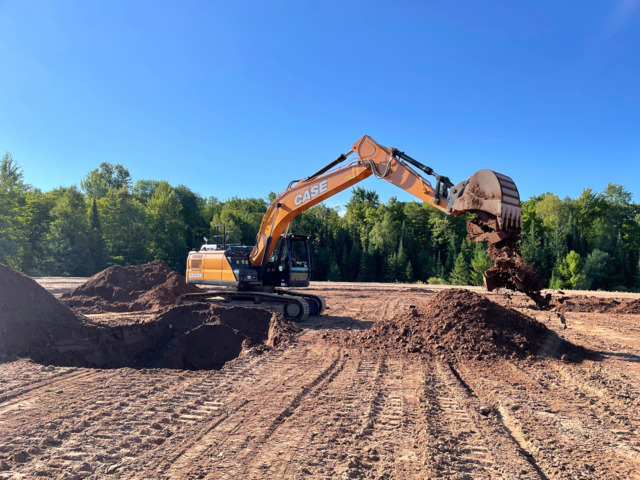 Four new operating modes are available to be set in a range of up to 10 throttle settings that allow operators to better dial in performance to their work.Equipment World

The first thing operators will notice in the cab of an E Series excavator is the 10-inch LCD display. There are other updates inside the cab related to the operator station, however, the display stands out. 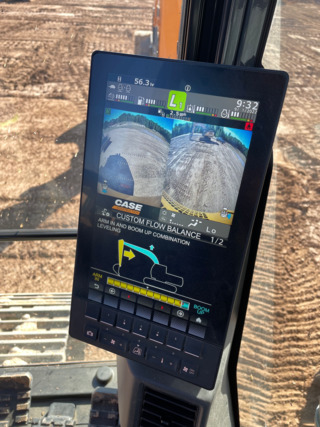 A new 10-inch LCD display serves as the control center for each new machine and provides access and visibility to cameras, machine data and controls.Equipment World

Stemper says the display includes extensive customization capabilities to help the operator make the workspace their own.

For example, it allows operators to set up a quick access menu, so operators can choose what functions or what applications they have within the display to quickly navigate to those.

One of the new features is the on-screen hydraulic flow control balancing-of-function combinations to optimize cycle times to meet jobsite needs.

Stemper says hydraulic flow balancing enables the operator to adjust combinations of functions and make them more efficient for what they need to do.

“It'll give you an option to adjust priority to arm or boom, or make an adjustment to arm and swing, dedicating more flow to one of those within those pairs,” he says. “These are both independent adjustments, the arm and boom, and the arm and swing.”

For example, if you’re doing less swinging on the jobsite for a particular operation, you don't need to dedicate as much flow to swing to give you faster cycle times.  “You can take some flow away from the swing operation and dedicate to arm,” Stemper says. The same applies to the arm and boom. If you’re not digging a deep trench, you may not need as much flow to ramp up and dig deeper with boom depth.

“It allows the operator to kind of tailor the machine's flow priority to the functions that they're using based on the digging application,” Stemper says.

The E Series also includes four operating modes that incorporate up to 10 throttle settings for greater control of machine performance on different jobs.

“In the past the engine throttle speeds were not adjustable necessarily. You'd set it to that range, it would hold the rpm. if I needed a higher rpm, I go to a different work mode,” Stemper says. “Within the new working modes, you're able to adjust the throttle within that working mode to give you more performance and operation or speed based on what you're trying to do.”

“A key design attribute of this engine is that we've eliminated the exhaust gas recirculation system integrated with many Tier 4 engines within the size class,” he says. “By eliminating that EGR system, the fuel efficiency is increased.”

“An additional added benefit is that combustion temperatures increase and generate more power for the amount of fuel used,” he says.

In addition to the improved maintenance interval on the engine-related components, the new excavators get improved connectivity with the Case Site Connect Module and SiteManager app, which provides operators and dealers an improved flow of telematics data.

Stemper also says that the OEM-Fit 2D and 3D machine control offering on Case excavators is among the broadest within the industry.  “We continue to expand our excavator offerings to the new models and offer a universal mounting plate for adoption by customers who already operate one of the three primary brands of precision construction systems,” he says. 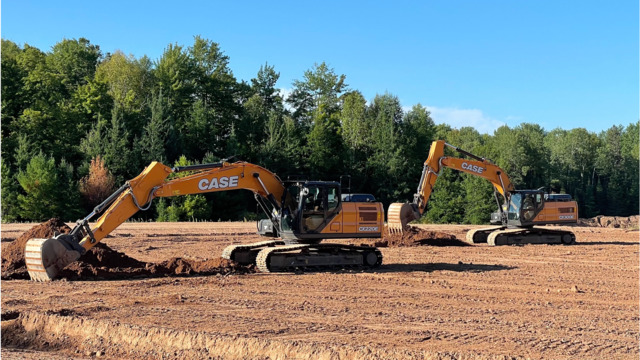 The E Series features seven models, including two entirely new excavators, the CX190 and the CX365E short radius. Shown here are the CX220E and the CX300E.Equipment World 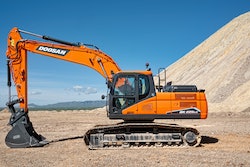 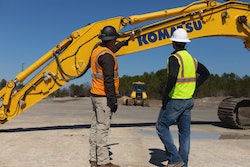