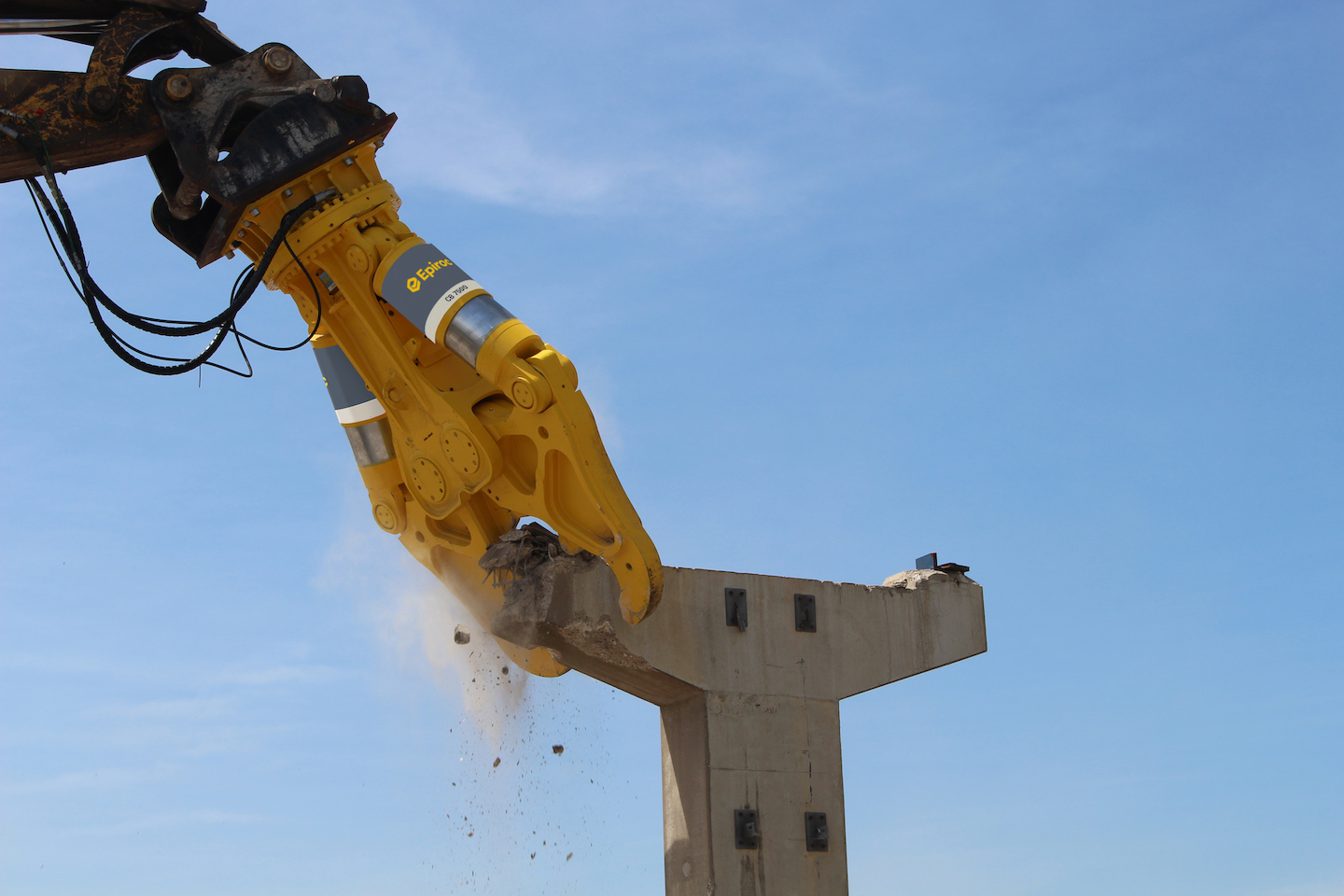 Epiroc has boosted its CB Concrete Buster lineup with its two largest models, for excavators weighing 50 to 80 tons.

The CB 5500 and CB 7500 are designed for demolishing thick foundation walls and for cracking girders and heavy concrete at height. Their lightweight design means they can be used with high-reach or long-front excavators. They also emit less noise than hydraulic breakers, so they can be used in areas with noise requirements such as residential areas.

“If the cutter grips the material at an oblique angle, a built-in pressure relief valve allows a ‘self-acting movement’ that brings the cutter jaw into the ideal position,” the company says. “This valve effectively protects both the carrier and the cutter from potentially damaging reaction forces.” 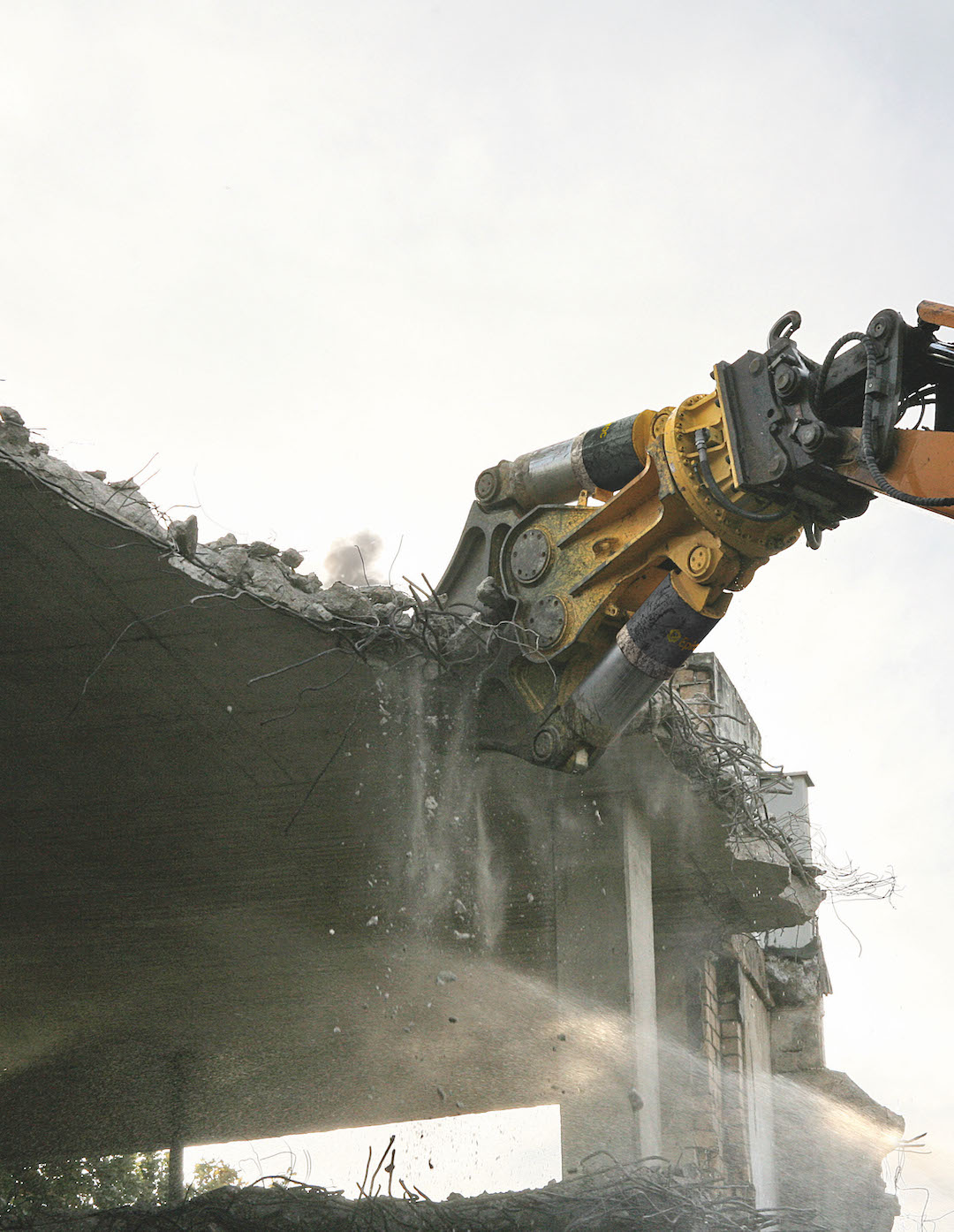 The CB 5500 has a cracking force of 150 metric tons and a jaw opening of 63 inches, and the CB 7500 delivers 190 metric tons and opens 71 inches. Their two jaws move independently to eliminate displacement force and reduce stress. The cutting blades can be reversed and replaced. The busters also feature 360-degree rotation.