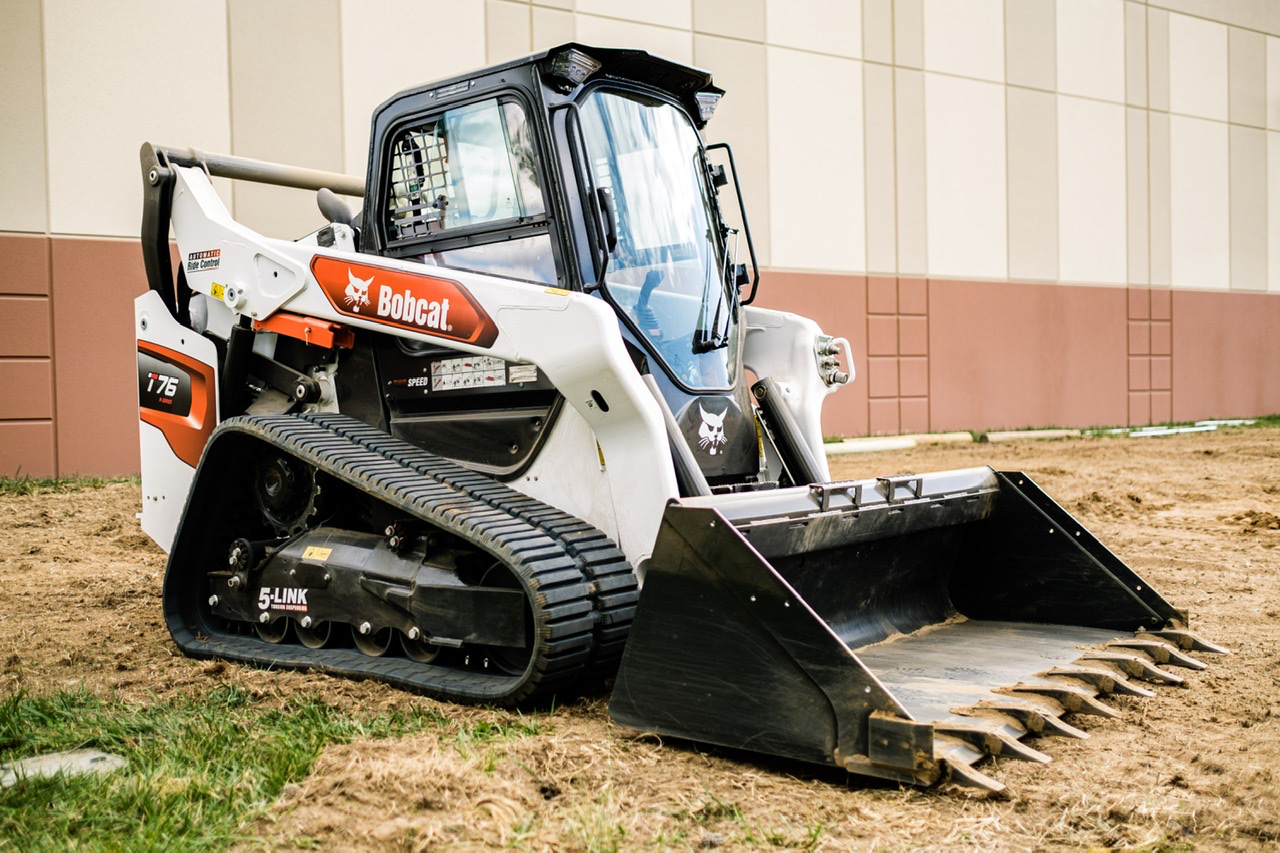 It’s not surprising that we’re hearing tales of compact equipment sales in some geographical areas growing 40 percent per year from 2015 to 2018.

The construction industry has seemingly gone gaga over these versatile, maneuverable machines. From a sheer numbers standpoint, you could even say they’ve taken over.

Three compact machines – for this part of the discussion we’re limiting it to compact track loaders, compact excavators and skid steers – now make up 66 percent of the top 13 types of new machines financed this year through August 31, 2019. This is according to data from EDA, a Randall-Reilly firm that tracks financed machine buys.

When we looked at the top buyers of these three machines from 2014 to 2018, all of the top user segments have seen double-digit growth – and in the case of heavy construction, triple-digit growth – in the number of new and used units financed. (See chart.) 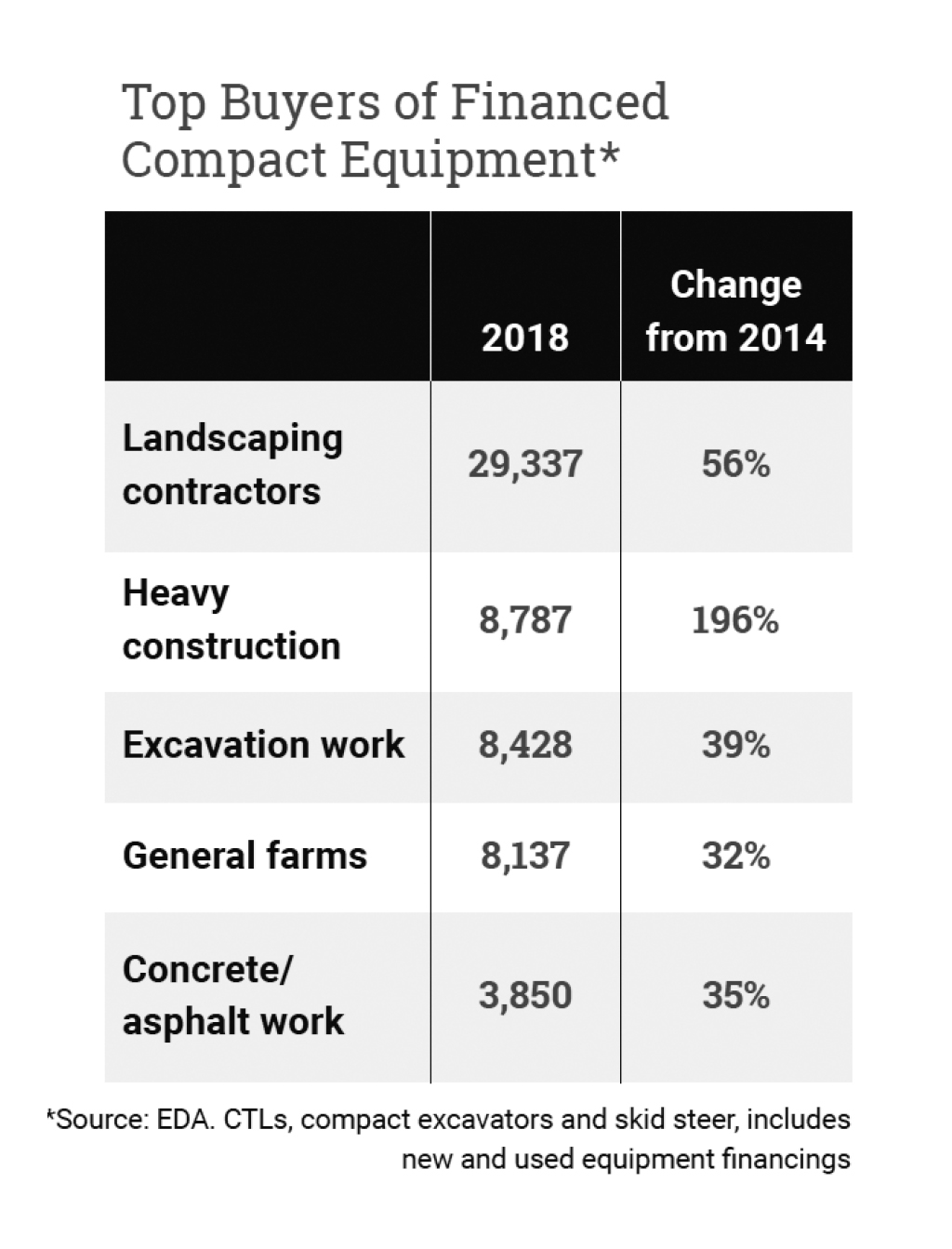 Since 2014, the number of new machines financed – again, we’re talking about CTLs, compact excavators and skid steers – has risen by 9 percentage points.

You could dismiss this all because: 1) it’s partly a reflection of what has been a booming construction economy, and 2) these machines cost less than larger units and so more of them are sold.

But contractors wouldn’t buy, rent or lease them if they didn’t do the job. And now another compact machine is starting to make itself known: the compact utility loader.

It’s nothing new; this machine has been around in this country in various forms since the mid-90s and is also known as a mini skid steer, mini track loader, compact tool carrier and stand-on skid steer. (Note to industry: please decide on a name for this machine. It’s in an identity crisis.)

Between 2016 and 2018, the number of financed new CULs grew well over 15 percent each year and are on track to grow almost 16 percent this year over 2018. In terms of numbers financed, however, they are still in the minor leagues compared with their powerhouse cousins – 4,400 new CULs in 2018, compared to 32,200-plus new CTLs, for example.

The capabilities of these machines are on a steep trajectory, however. At this fall’s ICUEE show, Ditch Witch intro’d the SK3000, representing an increase of 1,100 pounds in operating capacity over parent Toro’s Dingo TXL 2000, which had wowed crowds at The Rental Show just a year and a half ago with its 2,000-pound capacity. And we’re hearing rumors of others stepping into the higher capacity contest.

All of this is gaining contractor attention. When we posted a recent video on the Ditch Witch SK3000, one contractor commented: “This is what contractors have been asking for. Rip off the cab but leave all of the power.”

That’s a good description of the whole compact machine category: taking off what’s not needed but leaving the power to get the job done.