Art Moore, founder of aerial-lift manufacturer Snorkel and a pioneer in the aerial-lift industry, died June 19, 2019, at age 94.

The company he started in 1959 became a leading global manufacturer of aerial lifts and is celebrating its 60th anniversary this year. He was considered an innovator in the aerial lift industry, well-known for the Snorkel TB-42 telescopic boom and the first “big boom” that reached 126 feet, according to his obituary.

He was inducted into the American Rental Association’s Hall of Fame in 2017 and received the Lifetime Achievement Award from the International Awards for Powered Access in 2016. He also published a memoir called “My Story” that focuses on his days in the early firefighting and aerial work platform industry.

“Moore’s emphasis on innovation, safety and simplicity drove the development of rental-friendly products,” says the ARA Hall of Fame website of Moore’s induction. “He helped many independent rental businesses explore new opportunities by focusing on products that could easily be made available for rent. Under his leadership, Snorkel grew to become a Fortune 500 company.”

Moore started Snorkel in Missouri to distribute Snorkel No. 1 fire trucks, which allowed firefighters to shoot water onto fire from as high as 85 feet. The early company manufactured aerial work platforms for firefighters and rescue workers.

Moore sold the company in 1971 to Figgie International and stayed as president.

The company began manufacturing telescopic boom lifts in 1977 for the construction industry. It introduced the first aluminum upper booms and platforms in the industry, the company says.

In 1986, it introduced the UNO articulated boom lift for plant maintenance. In 1988, it acquired Economy Engineering, manufacturer of self-propelled scissor lifts and ground-entry vertical lift platforms, and Snorkel launched its ATB-60, a 60-foot articulated boom that could be stowed to allow two booms to be loaded onto one truck. The company acquired a manufacturing plant and sales and service offices in Australia, where it expanded its products to trailer-mounted machines.

Moore retired in 1991 and remained on the company’s board of directors. The company changed hands through acquisitions in the ensuing years. In 2013, Xtreme Manufacturing acquired 51 percent of the company’s stock from then owner The Tanfield Group, based in the United Kingdom.

Snorkel then moved its global headquarters to Henderson, Nevada, which it shares with Xtreme.

“For many years, Art Moore was a mentor to myself and others in the early years of the access rental and dealership business, and he ultimately became a close friend,” said Don Ahern, owner of Xtreme Manufacturing. “He will be a great miss to Snorkel and the wider industry, and I send my sincere condolences to Sue and family at this difficult time.”

Visitation will be June 27 from 7 to 8:30 p.m. at Meierhoffer Funeral Home in St. Joseph, Missouri. A service will be at 10 a.m. June 28, followed by burial in the Memorial Lawn. A celebration of life will take place at Snorkel’s Elwood, Kansas, facility at noon June 28. 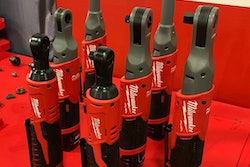 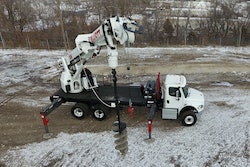 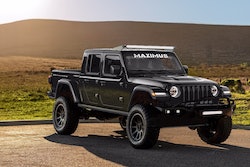