“After the last Bauma, we unveiled the strategy we’ve been following since 2016: focus, simplify and execute to win,” says John Garrison, chairman, president and CEO, speaking during a Bauma 2019 press event.

Terex had seen 80 acquisitions and divestitures over time, Garrison says, and focusing the company’s portfolio became important. “We had to reduce the complexity because coming together that way, we weren’t always the easiest company to do business with,” he says.

And in a “hyper competitive global marketplace, we have to execute well,” he continues. “So we’re focusing on businesses where we believe we can deliver superior customer value and where we can generate a return so that we can continue to invest in the business.”

Garrison’s comments were backdrop to his next topic of discussion: Terex’s sale of its Demag crane line to Tadano. “Combining those two businesses gives our customers, team members and owners the best opportunity to be successful going forward,” Garrison says. It’s also “business as usual” for Demag customers up until the expected finalizing of the deal in mid-summer.

Terex has also announced it is exiting its rough terrain cranes, boom trucks and crossover cranes. “We just felt that given our relative market position and lack of profitability that the best alternative was to discontinue those operations,” Garrison says. He emphasizes that Terex is not leaving three crane segment businesses: the rough terrain cranes made in Italy, tower cranes also manufactured in Italy, and lift-and-carry cranes made in Australia.

But focus is not just about cutting product lines, Garrison emphasizes. “We’re spending about $145 million – triple the amount we have in the past — to invest in our plants in Italy, northern Ireland, India, China, and Watertown, South Dakota,” he says. Other investments have been made in parts and service, as Terex moves to consolidate suppliers.

You can read more from our coverage of the Bauma 2019 trade show by clicking here. 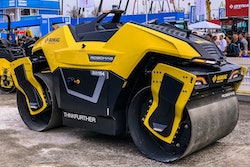 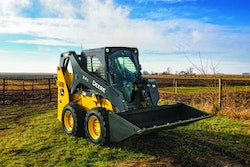 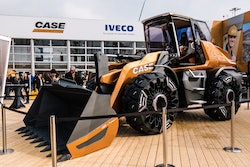