In designing its latest tank for refueling jobsite equipment and trucks, Western Global eschewed the circle for the square.

It can be moved on the jobsite by using its crane lift hooks or four-way forklift pockets.

The tanks can be used for onsite fuel supply, bulk fuel storage and fleet refueling. The company says they save on downtime and allow contractors to take advantage of low fuel prices by being able to buy in bulk.

The tanks come with a lockable cabinet, which holds hoses, ports and fittings. Extra tools and supplies can be stored on the cabinet’s shelves. Because all the pumping equipment can be secured inside the cabinet, the company says it can install the equipment prior to shipping and reduce on-site setup time.

The tanks consist of weatherproof, double walls, which keep fluid contained and meet environmental regulations without the need for a secondary drain or basin. A top access hatch to the inside of the tank simplifies inspections, cleaning and routine maintenance, the company says.

The EnviroCube comes in four models, ranging from 4,966 to 12,329 gallons. The tanks have multiple ports, allowing them to fuel three pieces of equipment at once. They can also serve as an auxiliary fuel source for generators, pumps and light towers. And their letterbox-style ports on the side mean you can pump fuel while the cabinet is locked.

Specs for the other EnviroCube models are as follows (All four are 88 inches wide and 98 inches high.): 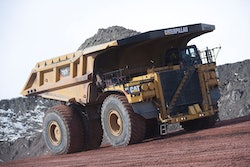 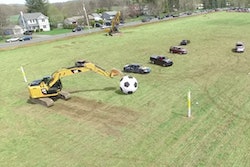 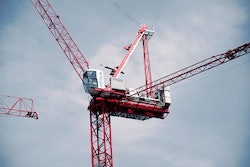