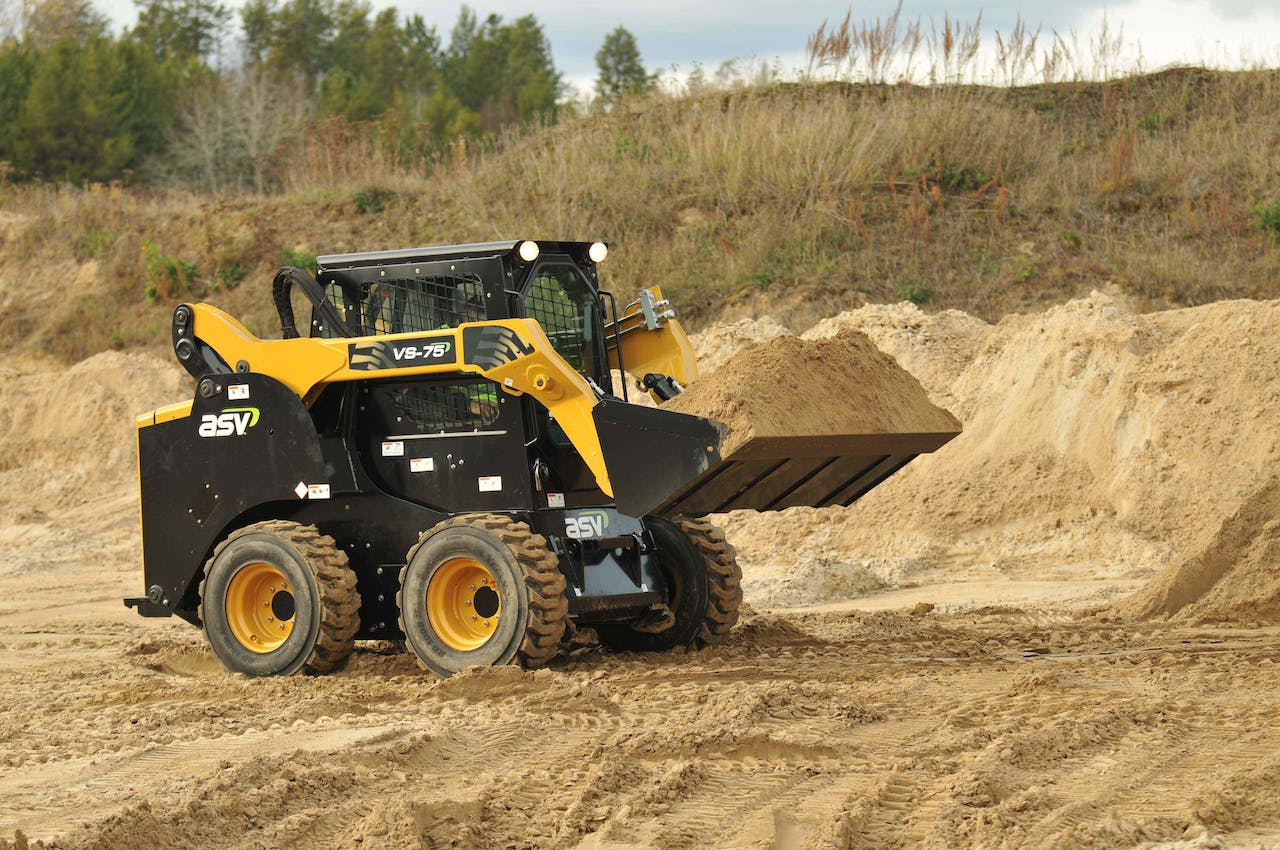 ASV designed its new large-frame RS-75 and VS-75 with a ground clearance of 10.5 inches, which is more than 2 inches higher than other machines in their class, the company says.

The higher ground clearance makes it easier to traverse obstacles like rocks and stumps without getting stuck. Both skid steers, the company’s largest, also feature a 24-degree departure angle for climbing steep hills. The company says it achieved this by designing the frames independently for the radial lift RS-75 and the vertical lift VS-75, the same process it follows for all its skid steers.

Both skid steers can travel up to 11 mph with an optional two-speed drive. They are powered by a 2.9-liter, 74-horsepower diesel engine that produces 192 foot-pounds of torque. The Tier 4 Final engine eliminates the need for regeneration, exhaust sensors and diesel exhaust fluid. 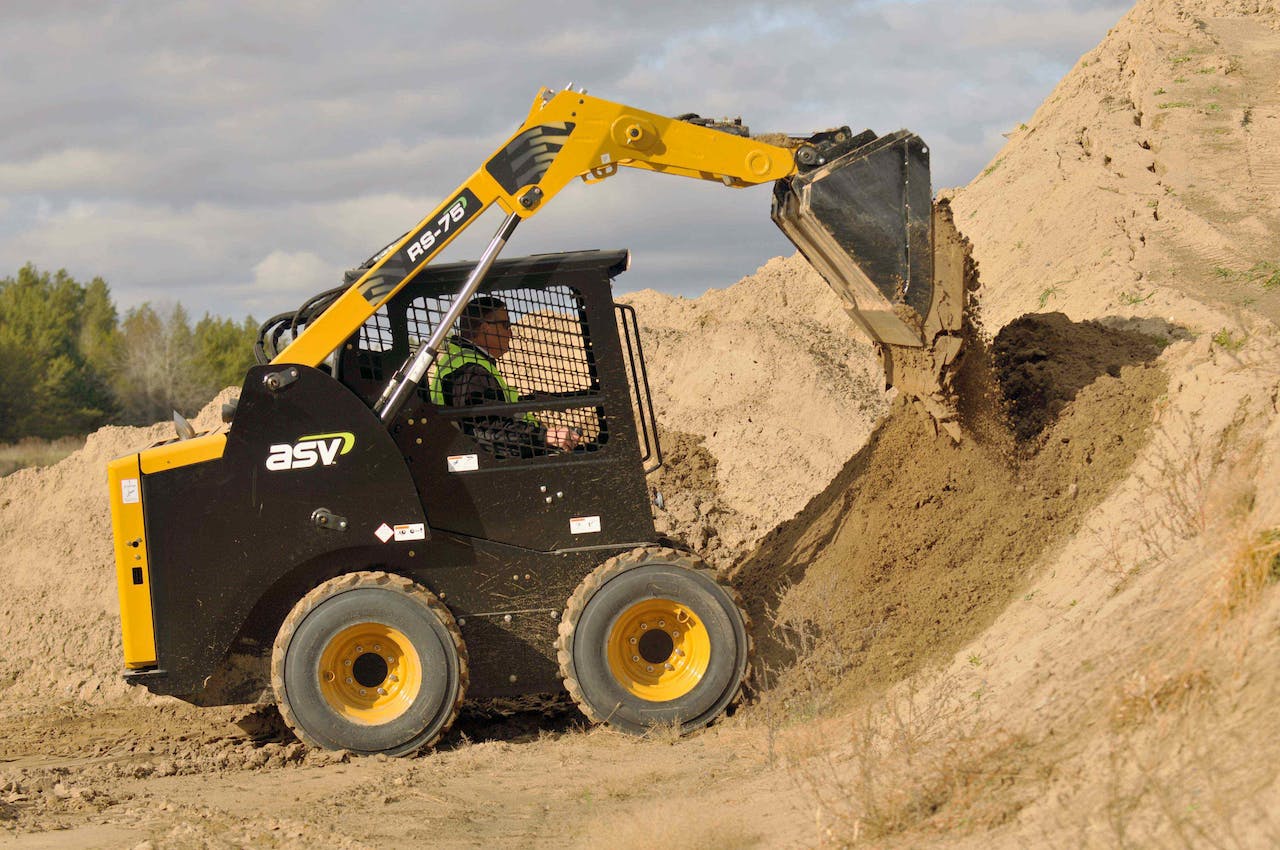 ASV says the engine loses none of its power when the RS-75 and VS-75 are running attachments with the optional high-flow auxiliary hydraulic system, which is composed of large lines, hydraulic coolers and direct-drive pumps. The system delivers flow of 30.9 gallons per minute and pressure of 3,335 pounds per square inch. The skid steers also come with standard hydraulic stick controls and quick-attach for attachments.

ASV says it designed the new skid steers for easy maintenance. The engine, filters and other daily check points can be quickly accessed through a swing-out door and the cooling system. All the service items have drain plugs to speed up the draining process; that includes the chain cases, hydraulic tank, radiator and engine oil pan. All of the pins have zerk fittings to make greasing easier. ASV says the machines’ drive hubs don’t require maintenance because of their standard metal-face seals.

An all-weather, pressurized cab with heating and cooling is optional. 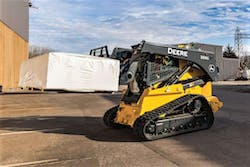 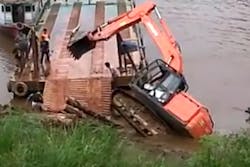 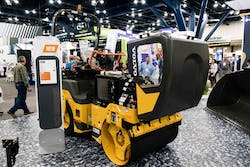 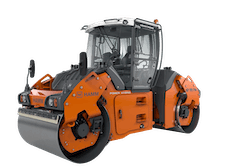