June will mark the fourth anniversary for the nation’s only construction equipment theme park and New Jersey-based Diggerland is hoping to finish its largest expansion yet in time for the start of the summer season.

Earlier this month the park, located in West Berlin, broke ground on a multi-million dollar 7+ acre expansion, according to a Diggerland news release. The expansion will bring five new attractions to the park, the most notable being the Soaring Eagle Zip Line.

What a zip line has to do with construction or heavy equipment is anyone’s guess, but the 700-foot ride sounds fun, zipping riders from heights up to 130 feet off the ground and spanning “nearly the entire foot print of the park,” according to the release. The other four new rides will be announced in the coming months.

“We’ve done a tremendous amount of research over the past year determining how we can add the greatest amount of value to our guests’ experience. Including these attractions in the cost of admission and extending their use to our annual pass holders is important to our team because it’s appreciated by our visitors,” Ilya Girlya, co-president and owner of the park, said in a statement.

The expansion will also bring improvements to the park’s Diggerland XL heavy equipment playground. Though the majority of the park features rides aimed at kids, in April 2016 Diggerland XL opened to give grown-ups a place to operate machinery as well. This area of the park offers adults one-on-one instruction with a variety of machines and even allows them to smash up a car with an excavator.

Less exciting additions coming through the expansion are a pavilion for corporate events and groups, a climate controlled dining and party pavilion and more parking. 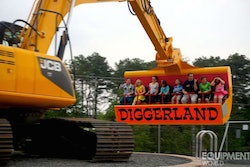 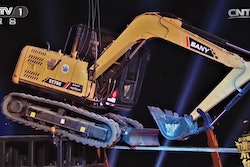 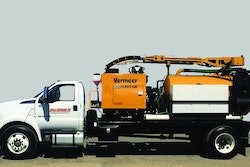