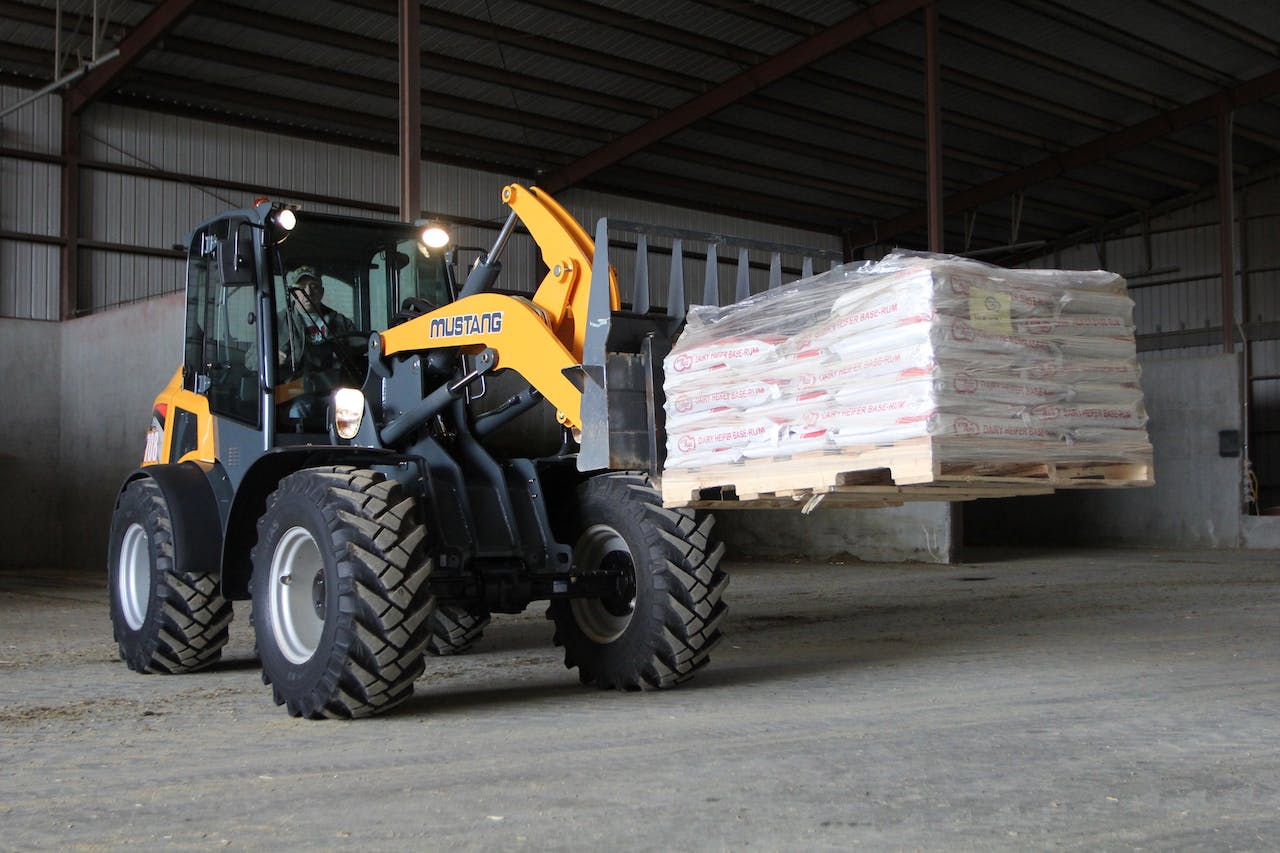 Manitou has launched several new compact machines as of late among which are duos of new articulated loader and compact excavator models for the company’s Gehl and Mustang machine lineups.

We’ll start with the company’s new articulated loaders. We got a preview of these machines last year at the bauma show in Germany. But now that they’ve made their North American debut, Manitou has shared a few more details. The company has also announced the launch of a pair of telescopic models under the Gehl brand.

The articulated steering on all four of these maneuverable models is capable of angles up to 45 degrees, allowing for a consistent turning radius. Each machine also features Manitou’s Power-A-Tach quick mounting system, an automatic track tensioning system, straight tracking, joystick-mounted front and rear locking differentials and hydraulic two-speed transmission and 18.5 gpm auxiliary hydraulic flow standard. High-flow hydraulics are an available option as is a climate controlled enclosed cab.

A Bluetooth audio system with weather-proof speakers is another option as is a seven-way adjustable seat. 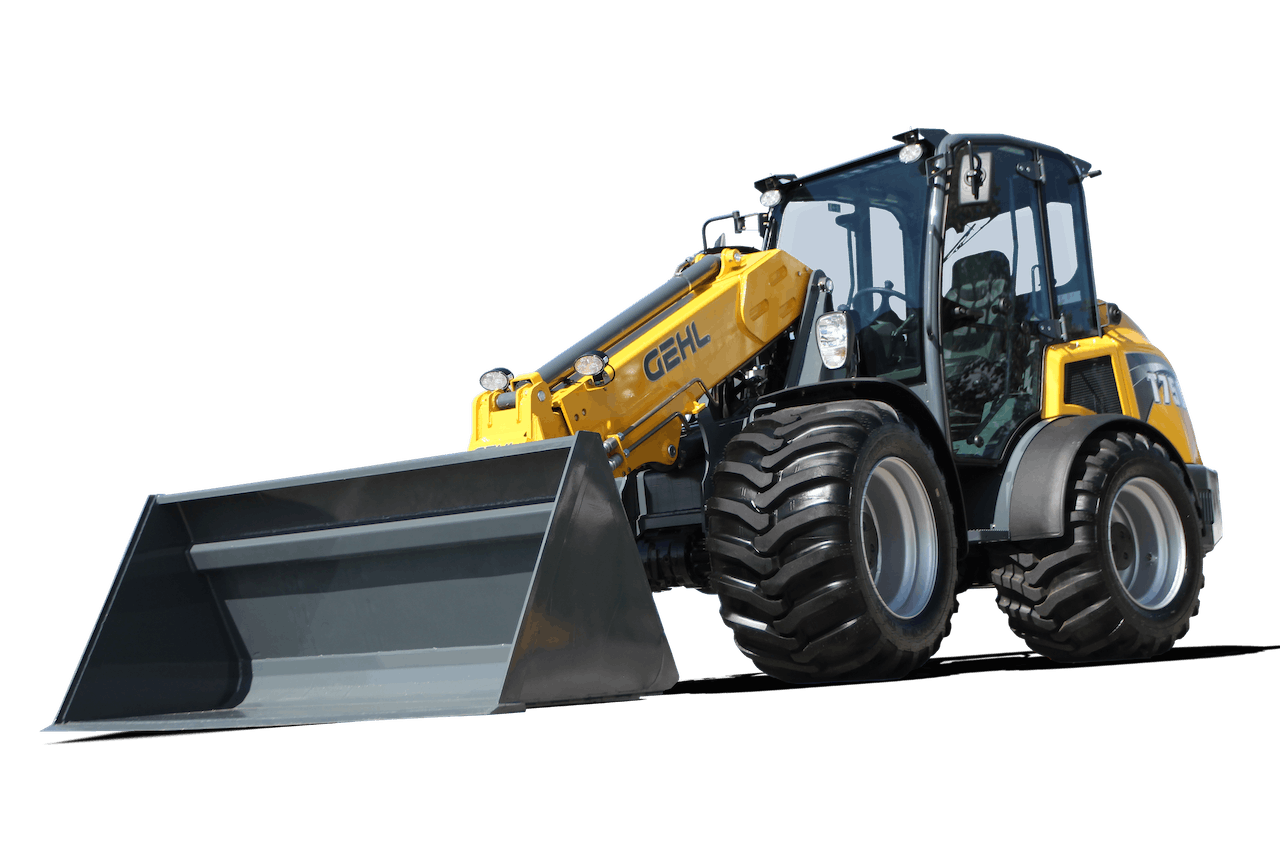 Manitou has also taken the wraps off two new telescopic articulated loaders under the Gehl brand. By adding a telescoping boom, these configurations of the Gehl 650 and 750 greatly increase hinge pin height. Even with the bucket retracted, hinge pin height increases from just under 11 feet on the 650 to 11 feet, 5 inches on the T650, and from just over 11 feet on the 750 to 12 ft., 10 inches on the T750. With the bucket fully extended, the T650’s hinge pin height increases to 14 feet while the T750’s increases to 16 feet, 6 inches. 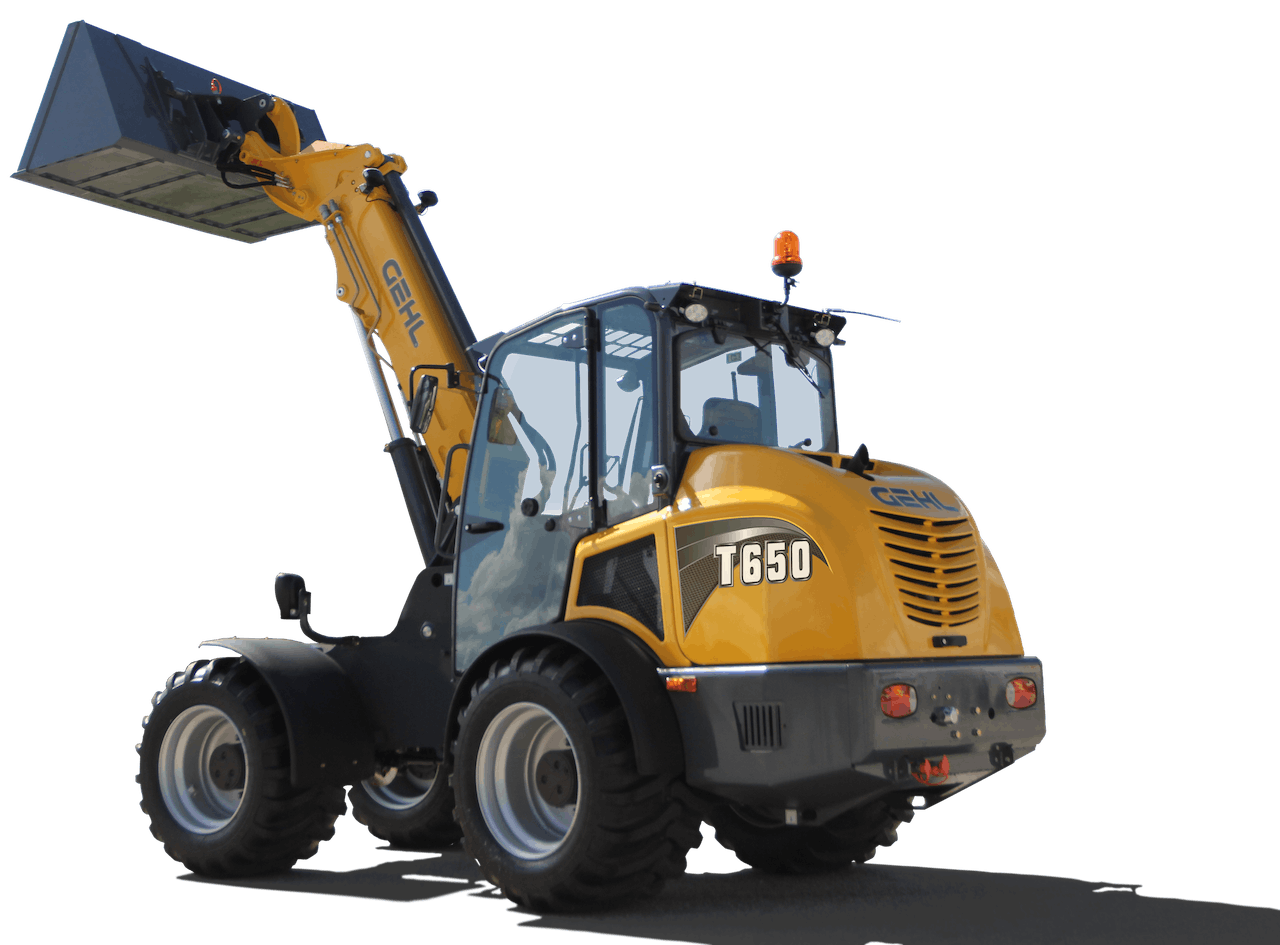 Max dump angle at full height is 45 degrees on both loaders. The loaders’ articulation angle decreases from the regular 650 and 750 configurations from 45 degrees to 40. 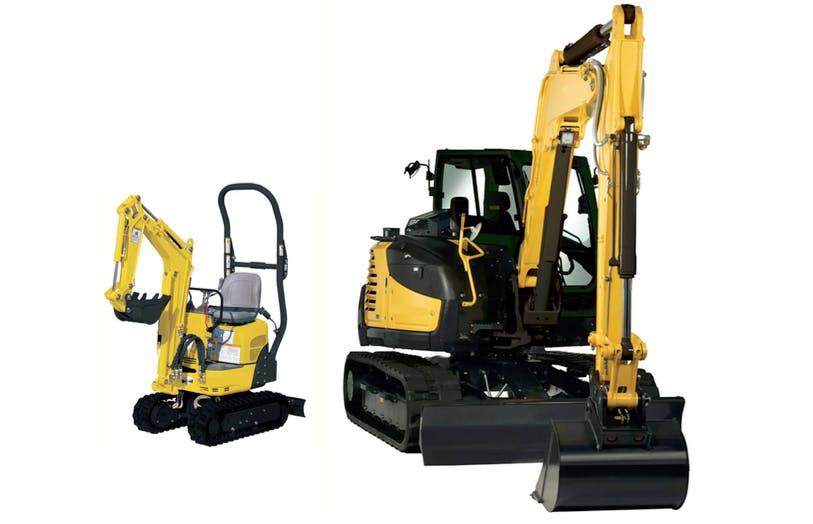 On the excavator side, Manitou has expanded its lineup with new machines at both ends of the Gehl and Mustang size range.

Manitou says its excavators offer 360 degrees of visibility, a standard track drive system and give operators a choice of two ways to operate with either ISO and SAE (backhoe) control patterns. In addition, the blade on these machines can be angled 25 degrees in either direction to eliminate repetitive repositioning when backfilling.

Weighing in at 2,348 pounds and sporting a 10-hp engine are the Gehl M08 and Mustang 80M. These new machines will be the smallest Manitou offers at only 2 feet, 3 inches wide with a tail swing radius of 2 feet, 5 inches. Dump height is 6 feet, 5 inches while dig depth is 4 feet, 7 inches. Bucket breakout force is 2,360 lbs.-ft. 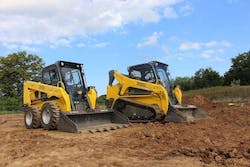 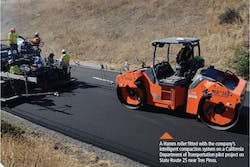 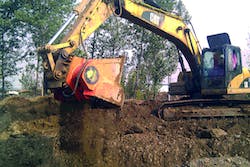 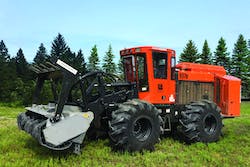