Kobelco has been busy as of late, introducing a variety of new excavators and a slew of improvements to previous models.

Two compact excavators, the SK30SR-6E (pictured above) and SK45SRX-6E, were added to the Kobelco lineup.

The company designed the SK30SR-6E for a 25-percent reduction in fuel consumption and increased hydraulic performance. It features a Tier 4 Final engine and the company’s iNDr cooling system that reduces noise, protects from dust and makes it easier to maintain. It also comes with a minimal rear swing radius and zero tail overhang for working in tight spots.

The SK45SRX-6E incorporates many features of large Kobelco excavators in a compact size, the company says. It comes with the company’s iNDr+E cooling system, which reduces environmental impact, and noise to 75 decibels. It has an integrated flow pump system and two-speed travel feature. It also features the company’s new four-way blade with left and right angle movement of 25 degrees.

Kobelco boosted power with the new SK300LC-10, which runs on a 252-horsepower Tier 4 Final Hino engine. It weighs 68,100 pounds and has a digging force of 37,300 foot-pounds. A new travel motor increases traction force by 10 percent, the company says.

The upgraded SK210LC-10 weighs 49,400 pounds and is powered by a 160-horsepower Tier 4 Final Hino engine. It has a digging force of 29,330 foot-pounds, with a 7-percent increase in work volume. Kobelco increased fuel economy by 10 percent over previous models when operating in S-mode and a further 6-percent increase in eco-mode. It also comes with a higher boom foot cross-section, thicker arm-foot base plate and stronger foot bases.

The 270-horsepower SK350LC-10 comes with a new hydraulic regeneration system that reuses force generated by the boom to aid the arm. It was upgraded to 5 percent more digging volume than its predecessor and is 18 percent more fuel efficient. It has a digging force of 56,200 pounds. The arm base plate is thicker, and the boss shape was redesigned for added stability and durability, the company says.

The SK500LC-10 also got an efficiency boost over its predecessor, with an 11-percent increase in digging volume and a 10-percent increase in work volume. Weighing 114,000 pounds, it is powered by a 369-horsepower Tier 4 Final Hino engine. A new hydraulic drive improves cooling fan operation and reduces noise. Kobelco’s “independent travel” feature allows the machine to move, lift and swing simultaneously without losing power, the company says. A counterweight removal system is optional.

Kobelco also rolled out upgraded versions of three members of its SR Series, which weigh between 17,000 and 60,000 pounds.

Kobelco reduced fuel consumption in the SK140SRLC-5 excavator by 21 percent when running in eco-mode, the company says. Work volume per hour rises 5.2 percent when operating in H-mode. The machine, which weighs 31,500 pounds, keeps its compact design and short rear swing. It has a digging depth of 19 feet 7 inches and a swing speed of 11 mph.

The ED160-5 Blade Runner is a combination dozer and excavator, says the company. Weighing 36,200 pounds, it runs on a 95.5-horsepower engine and is designed for heavy dozing. Its six-way power-tilt blade offers float, tilt, lift and angle options. It has an oversized undercarriage and curved tracked pads for better traction and higher floatation. Digging force reaches 20,500 foot-pounds. It has zero tail swing radius.

The third machine in the SR Series to be upgraded is the SK230SRLC-5. The 56,400-pound excavator comes with a 31-percent increase in fuel efficiency and an 8-percent increase in work volume per hour while in either eco-mode or H-mode. It operates with a digging force of 29,700 foot-pounds, a maximum digging reach of 31 feet 10 inches and a digging depth of 19 feet 6 inches.

Kobelco’s SK260LC-10 long reach excavator was upgraded with a 178-horsepower Tier 4 Final Hino engine. Weighing 62,600 pounds, it has heavy duty hydraulic fittings and connectors to help give it a reach up to 60 feet away. It is designed to be more fuel efficient for dredging, ditch cleaning and sloping jobs.

Kobelco’s SK350DLC-10 Building Demolisher has been upgraded to increase productivity and reduce downtime, the company says. With its ultra-long crusher attachment, the excavator can knock down buildings up to seven stories high. For increased power when demolishing the top floors, a 3-ton front crusher can be added to the ultra-long attachment. The attachments are designed with the Kobelco Next joint system, a block structure to simplify assembly and disassembly for transport, the company says. 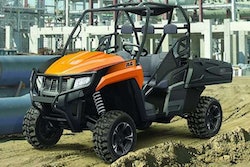 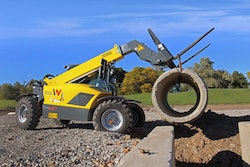 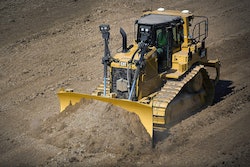