Now in its 20th year of hybrid technology, JLG will release the H800AJ, an 80-foot hybrid boom lift designed to reduce emissions, noise and fuel consumption.

The machine, which will be available in late 2017, is based on JLG’s standard 800AJ articulating boom. The main difference between the machines is the electric motor/generator engine that powers the H800AJ. The hybrid’s Tier 4 Final engine can run exclusively in electric mode through its battery pack located in the counterweight. The batteries are charged on demand by the machine’s generator during operation.

The platform can rise to 80 feet and hold 500 pounds. It comes standard with JLG’s SkyGuard sensor that stops and then reverses most functions in use should the platform hit a force of 50 pounds or more. The standard jib can rise for additional reach independent of the main boom.

Other features on the H800AJ include an oscillating axle, four-wheel drive, continuous turntable rotation and zero tail swing when the tower is elevated. 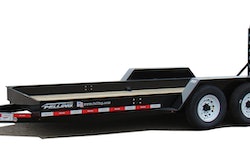 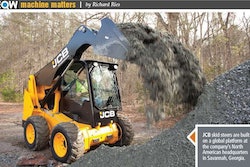 As CTLs gain popularity, a case for the versatile, nimble skid steer 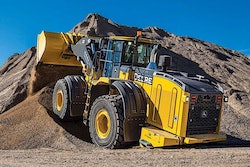