♦  Rear Eject Bodies, which eliminate the need to raise the body of the truck to dump.

♦  Autogate Tailgates, which increase hauling capacity by as much as 20 percent.

♦  Rolling Wedge Concrete Planer, which reduces energy consumption by as much as 80 percent.

♦  HiVol Water Tanks, which have a 60,000-gallon capacity and fit any off-highway truck.

The company says its Rear Eject Bodies will adapt to any articulated off-highway truck as well as many rigid-frame trucks.

When dumping, the device’s ejector blade pushes material toward the back of the truck while the tailgate lowers. All material is eliminated, including sticky material on the sides and bed, the company says. Not having to raise the truck body makes it safer when working underneath low-hanging barriers above and below ground. It also gives the truck a lower center of gravity, which improves safety on slopes and soft terrain.

The attachment consists of a single hydraulic cylinder that operates the ejector blade and rear tailgate mechanism. Ejector guides are integrated into the side of the body, which eliminates rollers that can break down or bind, the company says. The lack of external rails or guides makes the truck easier to load and expands capacity, PHIL says.

Available for articulated and rigid-frame trucks, the Autogate Tailgate not only increases hauling capacity but eliminates spillage from the sides and back of the truck, even when on inclines, the company says. It also ensures a balanced load distribution for safety and maneuverability.

The tailgates are made from high-strength steel and a steel alloy chain, requiring virtually no maintenance and the ability to handle large boulders, the company says. It uses no locks, cylinders, grease points or controls. As the body dumps, gravity opens the tailgate. The three-piece tailgate construction is designed to adapt to different bed widths.

The Rolling Wedge puts rock under tension, which reduces energy consumption by 80 percent from traditional planers when breaking through the material, the company says. It also makes it easier for general contractors to add road planing to their list of services rather than hiring a subcontractor. The 2.5-foot-wide device can be mounted on rough-terrain forklifts, loaders or related equipment. The planer also comes in wider sizes and works with the machine’s hydraulics. It requires a 40 to 45 gpm flow at 2,500 psi.

The device reduces the cost and increases the speed for filling potholes, according to the company. The cutters are made of hardened steel with carbide tips. The ¾-inch material cuttings produced by the machine can be reused for road base.

The company says the planer easily cuts to 3 inches deep, and it has options available for deeper cutting. The depth is controlled by adjustable shoes on each side of the machine, allowing it to plane at an angle or flat.

Philippi-Hagenbuch’s HiVol Water Tanks can be used for a variety of functions, including dust suppression, fire protection, road construction and wash down. They can fit any off-highway truck and can carry up to 60,000 gallons. The tanks are made of an abrasion-resistant, superior-grade steel with a nominal yield of 180,000 psi and a Brinell hardness of 450.

The tanks include a fluid baffling system that stops water from surging from the back to the front and a Bacbone structure that eliminates side-to-side surging. Each tank also has a series of compartments that prevent surging and provide maximum stability at all normal hauling speeds, the company says. The tanks have square corners and internal water deflectors to slow water churn.

The tanks are designed for easy access, with full-size interior and exterior doors. The interior doors have rustproof pivots and allow in clean air and natural light throughout the tank. A flat top makes them walkable when filling or maintaining the tank.

Water spray is controlled by rear-mounted heads and in-cab components. Horizontal spray heads operate independently and have a variety of settings from wide to narrow. An optional remote-control water cannon that can spray up to 200 feet is available. The control can be operated within a quarter mile of the truck.

The tanks also have a soft-start/soft-stop system that allows users to stop and start the pump at any engine rpm. And for colder climates, PHIL offers insulated tanks. 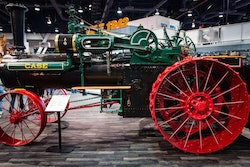 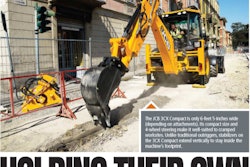 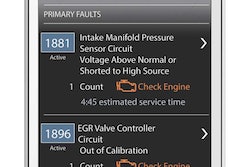