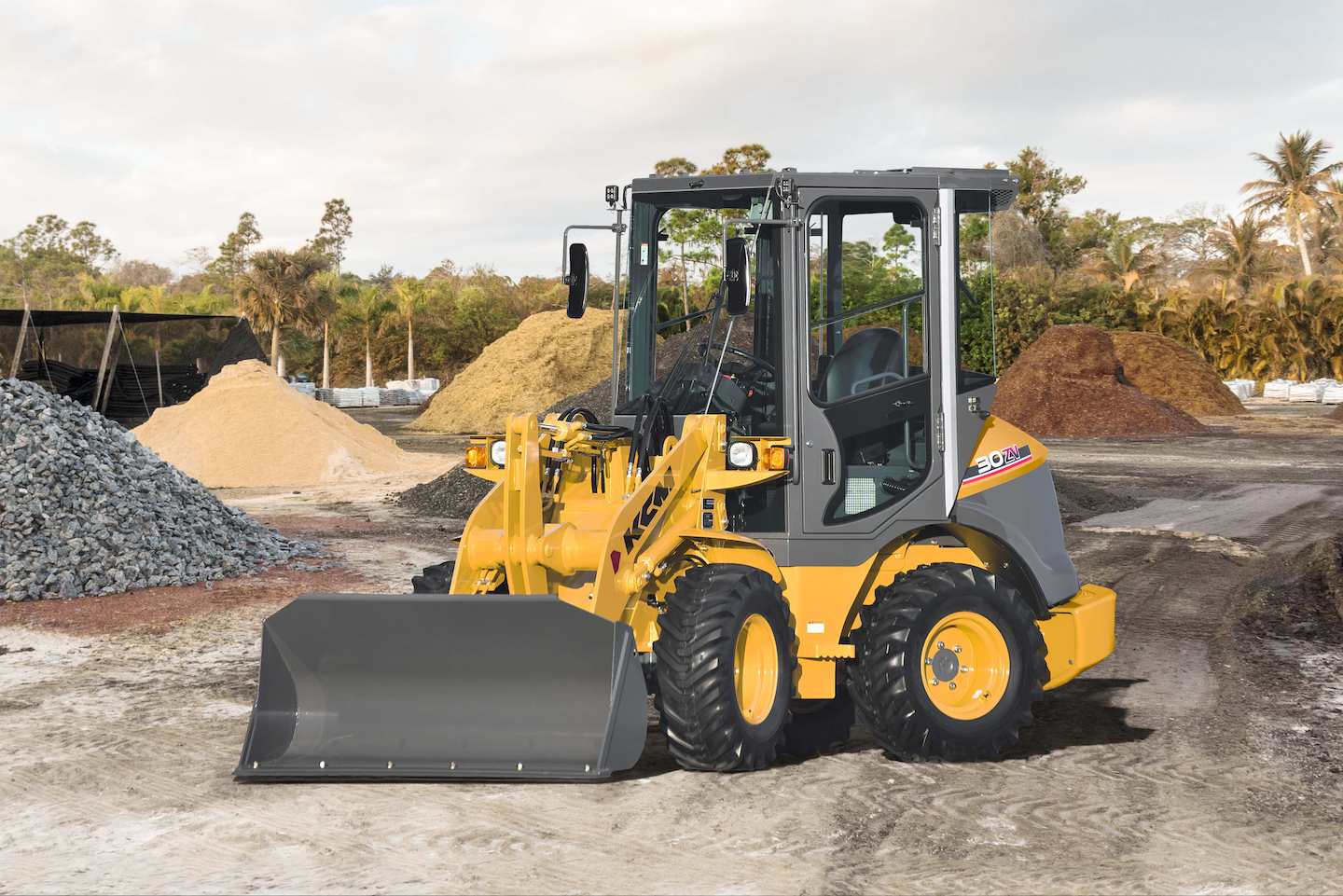 The 30ZV-2 is the smallest of the KCM compact wheel loader lineup.

Kawasaki-KCM added two machines to its lineup of compact wheel loaders, including its smallest loader, the 30ZV-2, which joined the 40ZV-2 on display at ConExpo 2017.

The 30ZV-2 runs on a 30-horsepower Kubota three-cylinder diesel engine and Hitachi hydrostatic drive system that gives it a top speed of 9.3 mph. The 40ZV-2 rises to a 45-horsepower, four-cylinder engine, with 10.5 mph maximum speed.

Optional equipment, such as a sound-suppressed cab, heat and air conditioning, solid tires and radiator screen, are also available. 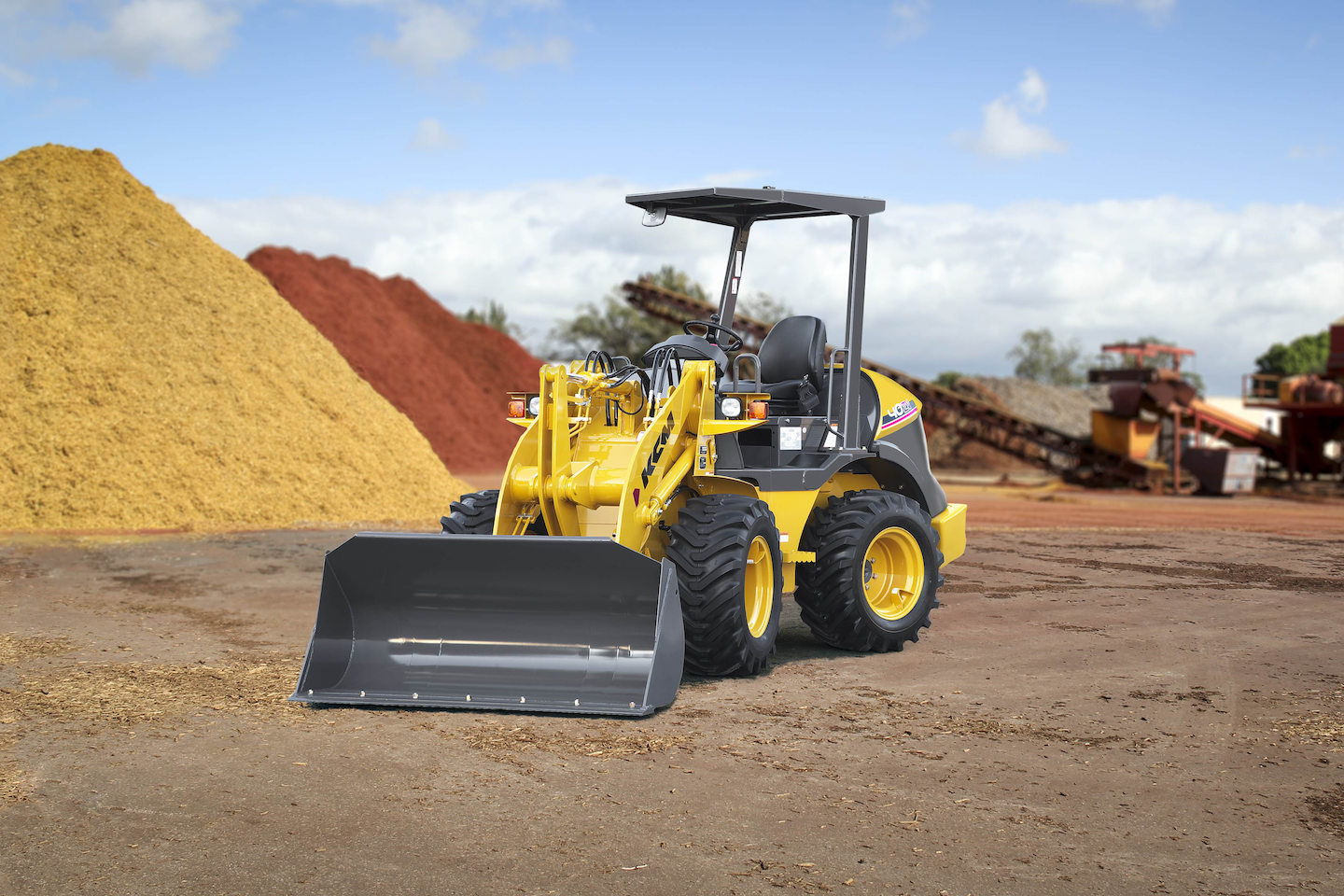 The 40ZV-2, one of two compact wheel loaders introduced at ConExpo by KCM, packs a 45-horsepower, four-cylinder engine. It reaches a maximum speed of 10.5 mph.

A comparison of KCM’s 30ZV-2 and 40ZV-2 compact wheel loaders introduced at ConExpo: