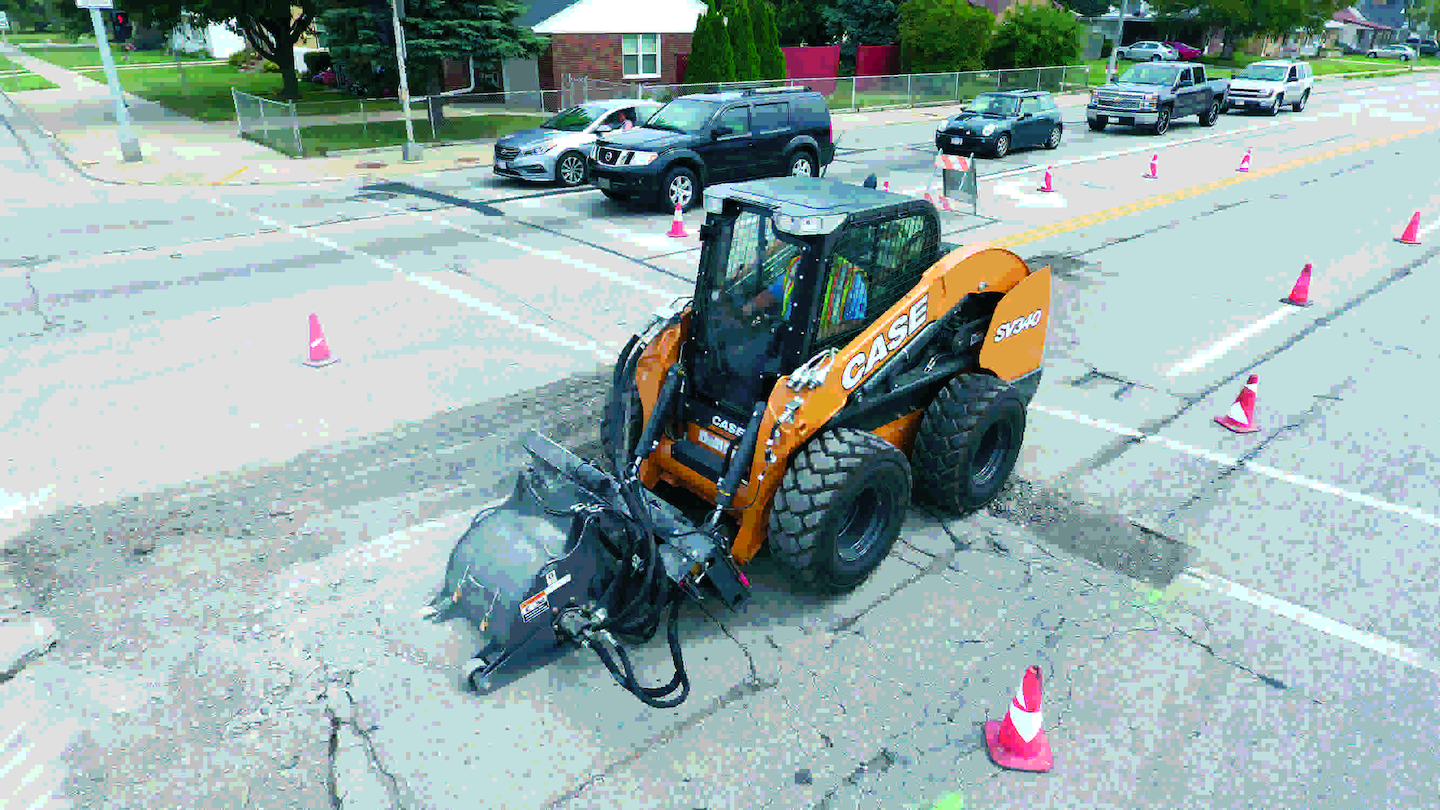 The SV340 skid steer is the largest-ever Case skid steer, beefed up to run high-flow attachments, such as this cold planer, with ease.

World of Concrete gave us a chance to kick the tires on Case Construction Equipment’s newest and largest-ever skid steer, the 3,400-rated operating capacity SV340. The model, which debuted at the GIE landscaping show this past October in Louisville, is making its first appearance at a construction show here.

The vertical-lift SV340 is a beefed up counterpart to the SV300, offering the same footprint as the latter, but with greater capabilities for running attachments that require high-flow attachments, such as cold planers, tree spades and stump grinders. By using the same footprint as the SV300, the newer unit can get into and maneuver around the same confined spaces as the other machine. The SV340 is compatible with more than 250 attachments, including Case sectional snow pushes, buckets, forks, brooms and more. 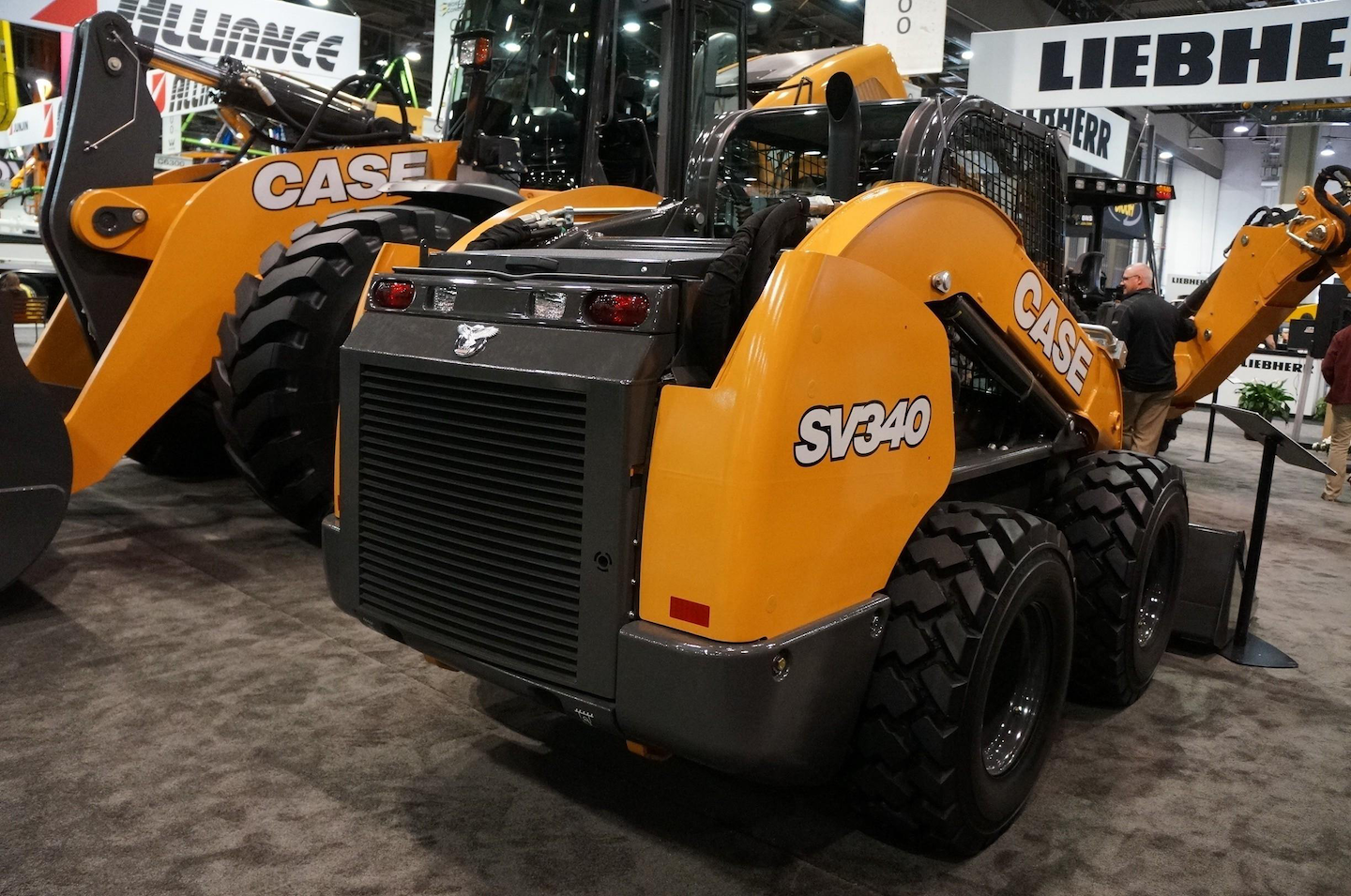 Case beefed up both the loader arms and H-link on the SV340.

The machine uses a 90-horsepower FPT engine with Selective Catalytic Reduction technology, which eliminates the need for a diesel particulate filter. 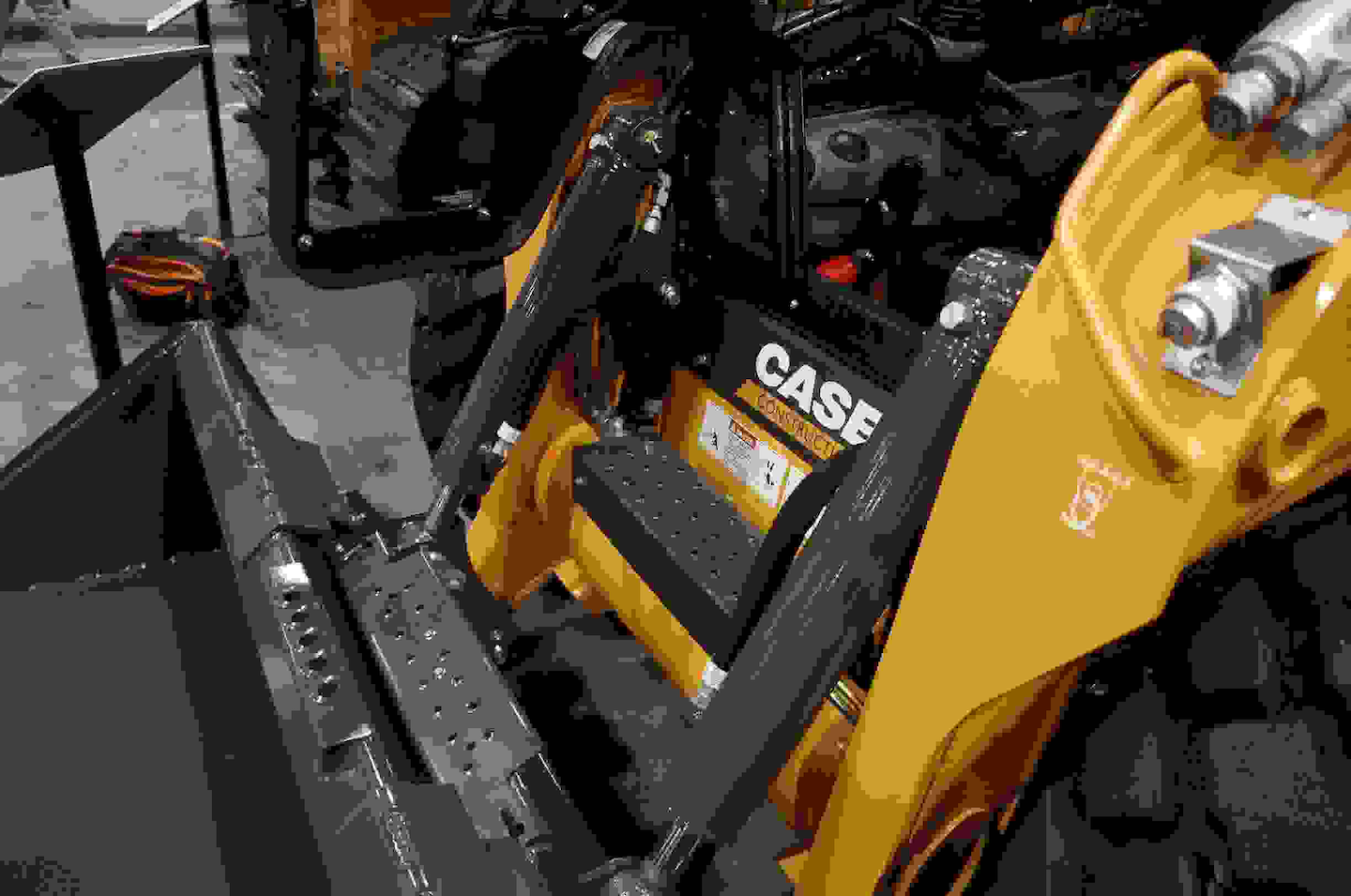 The cab, one of the widest in the industry according to Case, can be easily entered.

The cab retains the same features of the entire series, with one of the widest operating stations in the industry, according to Case.  The unit has EZ-EH electro-hydraulic controls that provide nine adjustable speed and control sensitivity settings that can be adjusted on the fly, allowing the operator to quickly switch between personal speed and control settings. A single rocker switch allows operators to switch between the H operating pattern and ISO pattern controls, allowing quick adjustments when several operators are using the machine. Push-button Ride Control cushions loader arm movement for a smoother ride and greater material retention.