The big show is fast approaching, and ConExpo exhibitors have given us a sneak peek into what they’ll have in store for those attending the March 7-11 massive exhibition. You can check out previous entries in our ConExpo 2017 previews here. Here’s the spotlight on three exhibitors in the North Hall:

The 390F and the 336F XE tracked excavators will be on display, with the technology on the 336F XE reducing fuel consumption by as much as 20 percent compared to a standard machine. Several excavators showcased will feature the Cat Grade Assist technology, which enables automated grade and slope control. (Caterpillar also has a Gold Lot booth, G-4490.)

A total of 21 Kobelco excavators will be on display, including the 4.6-ton SK45SRX, which includes the iNDr+E cooling system. This incorporates the iNDr technology of large Kobelco excavators into an eco-friendly cooling system that reduces noise to 75 decibels. By using the S-mode on the excavator, users can reduce fuel consumption by 25 percent. The machine features the optional four-way blade that delivers a 23-degree left angle and a 25-degree right angle, giving additional control during clearing, grading and backfilling.

Booth activities: Demonstrations and interactive stations, plus a patriotic-theme excavator. 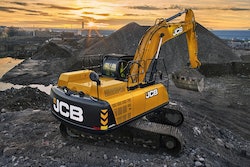 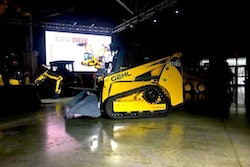 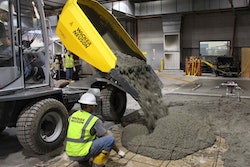