Though the 2017 Colorado will look exactly the same on the outside, Chevrolet is shaking things up on its popular midsize pickup under the hood.

The 2017 model will feature a brand new V6 engine and a new eight-speed automatic transmission.

In terms of spec sheet improvements, there isn’t much to speak of with this new combo. Horsepower only improves from 305 on the 2016 model to 308 on the 2017, while torque improves from 269 to 275 lbs.-ft. And Chevy says the new engine’s double-overhead-cam architecture retains the same 3.6-liter displacement as before.

So why the change? Colorado chief engineer Stan Ludlow says the combination is focused on “improving everyday driving performance.” In other words, these improvements center around improving the feel of the truck.

“Drivers will immediately notice that it pulls harder when accelerating from a stop or passing on the highway,” Ludlow explains. “It is more confident pulling a trailer up a steep grade and it is more refined cruising at a constant highway speed.”

Most of that difference will come thanks to the new Hydra-Matic 8L45 transmission. This new eight-speed offers a wider 7.0 overall gear ratio than the previous model’s 6.0 ratio, Chevy says. The result is a truck that is quicker off the line, even when hauling heavy loads, thanks to a higher first gear ratio and one that burns less fuel thanks to lower rear axle ratios, which reduce engine rpm when traveling at highway speeds.

The automaker says the new engine and gearbox had no effect on the truck’s weight since they feature “extensive use of aluminum and magnesium,” while noting the transmission is packaged similarly to the outgoing 6L80.

The 2017 Colorado will arrive at local Chevy dealerships in the fourth quarter. 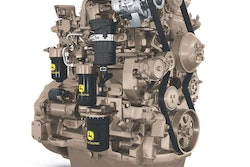 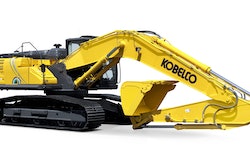 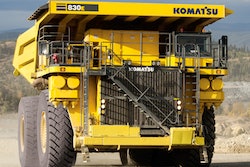 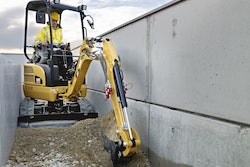