A 3D-printed excavator is one step closer to reality thanks a collaboration between the Association of Equipment Manufacturers and ConExpo-Con/Agg.

AEM has announced that an engineering team from the University of Illinois at Urbana-Champaign won the contest to design a functional excavator cab that will be 3D-printed and on display at the Tech Experience held in conjunction with the ConExpo equipment show in Las Vegas in March.

While the cab looks like something out of science fiction, its design is based on the Voronoi Pattern, a composition that is not only pleasing to the eye but can provide structural rigidity to 3D printed objects and, according to Wikipedia, is based on the biological models of both cells and bone microarchitecture.

You can watch a video of the winning team and their work here:

Professor Elizabeth Hsiao-Wecksler, associate head for undergraduate programs in the Department of Mechanical Science and Engineering says at UIUC says, “This project was one of the very top efforts in an extremely competitive field of 28 senior design capstone projects within the MechSE Department at UIUC in the Spring 2016 semester. It had the ideal combination of a challenging project with outstanding ingenuity and hard work by the student team.”

3D printing is sometimes referred to as an “additive” process where CNC machines, rather than cut away material, build up metal or plastic parts in increments, allowing for great flexibility in shapes and built-in components. This can result in improved strength and structural integrity, better noise reductions, efficient use of materials, infinite customization and reduced manufacturing time.

And 3D printing for large-scale manufacturing is no gimmick. Last year we reported on a company called Local Motors, which is in the early stages of building a 3D printed sports car.

The AEM initiative, however is the first time anything as big as an excavator has been attempted.

Attendees at ConExpo will not only get to see the finished product: an excavator entirely fabricated via 3D printing, but also a demonstration of the 3D printing technology on the show floor.

In addition to the cab design competition, graduate engineering students at Georgia Tech will create a boom and bucket featuring integrated hydraulics with the goal of decreasing the weight, materials cost and maintenance, while students at the University of Minnesota are designing a hydraulic oil heat exchanger and cooling system that reduces the size and weight and increase the efficiency of the machine. 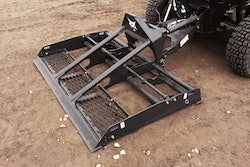 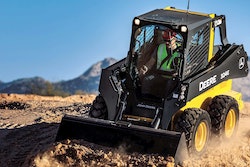 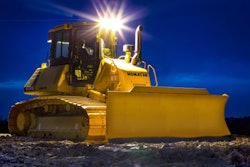