2017 Honda Ridgeline will have best-in-class fuel economy, but…

Though Honda unveiled its next-generation Ridgeline pickup back in January, the automaker opted to provide specifics on the truck’s powertrain and fuel economy at a later date. Now, with production of the truck getting underway in Alabama, Honda has confirmed expectations that the 2017 Ridgeline will hold claim to the best fuel economy among midsize pickups.

The 2WD Ridgeline has received an EPA fuel economy rating of 19 city/26 highway/22 combined miles per gallon. The AWD model will get an estimated 18/25/21 mpg.

When it comes to powertrain, the new Ridgeline is only available with Honda’s 3.5-liter i-VTEC V6 paired with a six-speed automatic transmission. As expected, the engine produces the same power and torque as it does on Honda’s Pilot SUV: 280 horsepower and 260 lbs.-ft.

And while these figures do give the Ridgeline the best fuel economy in its class, if you’re thinking they aren’t exactly earth-shattering, you’re correct.

Anyone looking forward to this truck for its fuel economy will likely be disappointed when they get a look at how it stacks up not only to its midsize competition, but also to full-size trucks with comparable engine sizes like the Ram 1500 and Ford F-150.

However, the Ridgeline’s highway fuel economy advantage widens a tad bit when looking at the AWD model vs. 4WD competitors.

Still, you’d be hard pressed to convince us that the Ridgeline makes sense for a contractor or a landscaper, even those who put a lot of miles on their trucks.

The best fuel economy you can get on any pickup is Ram’s 1500 2WD outfitted with its EcoDiesel V6 which provides a crazy 20/28/23 mpg. That’s followed closely by Ford’s 2.7L EcoBoost V6 in the F-150 at 19/26/22 mpg. And these trucks vastly outperform the Ridgeline in just about every other metric that matters.

Of course, while the truck’s fuel economy is nice but not exactly amazing, the new Ridgeline’s biggest draw is supposed to be its ride. Thanks to that unibody construction, this is a truck that drives as smooth as a mid-class sedan. And for a car-like truck, it’s pretty capable with a 1,584 pound payload capacity and up to 5,000 pounds of towing capacity on the AWD model. 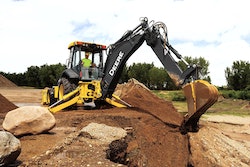 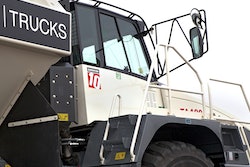 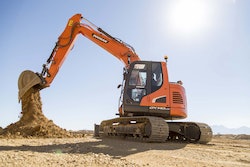 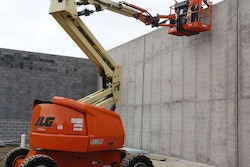