During the SEMA show we saw a lot of rather complicated concepts. Whether it was Toyota’s minivan-meets-Tacoma “UTV” concept, Honda’s next-gen Ridgeline racer tease or Nissan’s land speed record racing Titan, truck makers go to great lengths to impress attendees of the show.

But one of the more impressive concept trucks at the show this year was actual quite a simple idea: make a Toyota Tundra a limousine.

This 26-foot-long 1794 Edition 4×4 Tundra has a wheel base of 236 inches, has eight doors and seats eight passengers. The brown leather interior is “inspired by the cockpits and passenger compartments of luxury private jets,” Toyota says. It’s powered by a 5.7-liter V8. 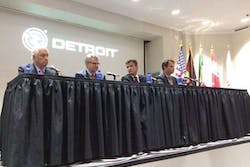 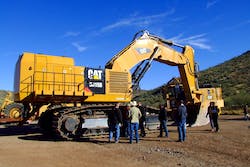 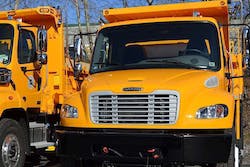 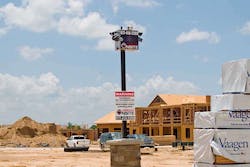