This Ford F-150-shaped corn maze is neat, but the real star is its F-450 pumpkin cannon (VIDEOS, PHOTOS)

Each year the folks at Leaders Farms in northwest Ohio choose a theme for their famous corn maze. This year, Brad Leaders got a bit of inspiration from the new Ford F-150. After all, he’s been using a Ford as his primary pumpkin firing apparatus for years.

“Brad was reading a magazine last winter and saw the new F-150 design and loved it,” his wife Kristin explains in a Ford release. “We thought it would really stand out as the feature of this year’s corn maze.”

The Leaders family says it takes all year to design and grow the maze, which includes the use of GPS in order to plot the design and cut the shape into the rows of corn.

Beneath the F-150, the family even cut in Ford’s catch phrase “Built Ford Tough.”

The maze typically takes up to an hour to complete and will produce about 1,120 bushels of corn.

But the maze isn’t all the family has in store for the families and school groups that visit the farm. The Leaders have also modified an F-450 Super Duty with a chassis-mounted pumpkin cannon.

Dubbed Big Jack, the cannon is powered by a 30-psi compressed air tank that launches pumpkins half a mile through the air.

Sounds like a pretty sweet way to spend an autumn evening to us. Check out the cannon in the first video and the maze in the second. 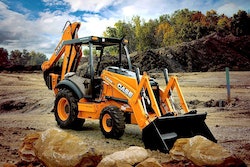 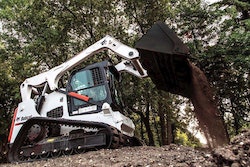 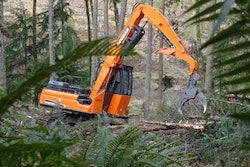