“In October 1998, a series of court settlements were reached between the EPA, Department of Justice, California ARB and engine manufacturers—Caterpillar, Cummins, Detroit Diesel, Volvo, Mack Trucks/Renault and Navistar—over the issue of high NOx emissions from heavy-duty diesel engines during certain driving modes. Since the early 1990’s, the manufacturers used engine control software that caused engines to switch to a more fuel efficient—but higher NOx—driving mode during steady highway cruising. The EPA considered this engine control strategy an illegal “emission defeat device”. The provisions of the consent decrees included:

• Steady-state SET test with a limit equal to the FTP standard and NTE limits of 1.25 × FTP (with the exception of Navistar)

In other words, the EPA and the justice department took those six engine manufacturers to the woodshed. The EPA made the OEMs pay dearly with a consent decree that levied huge fines and forced all six to meet emissions requirements ahead of schedule.

The engineering challenges the OEMs faced to meet the new and accelerated emissions targets in 2002 eventually took a big toll on the companies. Both Navistar’s EGR-only solution and Caterpillar’s ACERT engine technology fell victim to customer lawsuits even after billions were spent trying to make these systems work. Plus the price of the new, emissions compliant engines doubled, which slammed customers pretty hard.

The target pollutant, then and now, is NOx, oxides of nitrogen, and the only way diesel manufacturers have been able to reduce it to the EPA mandated levels is with the use of diesel exhaust fluid (DEF) sometimes known by the brand name AdBlue. DEF has its complications, but it does work and you won’t find a diesel pickup truck or a heavy equipment engine with much more than 25 horsepower that doesn’t use it today.

This makes Volkswagen’s decision to employ software “defeat devices” which override emissions restrictions on their diesels all the more inexplicable. Some people are claiming VW’s potential fines could run to $18 billion. That sounds more like a death knell than a fine.

Of more concern now that VW has been busted, is that it’s almost certain that the EPA is going to engage in industry-wide random diesel emissions tests.

To get certified in the past, OEMs only had to run engine tests in lab-like conditions. But clearly it’s easy enough to hide emissions-defeating algorithms in the software that controls these things, and the only way to discover if anybody is cheating is random, unannounced testing. Pull a working machine or truck off line and test it on the spot. Kind of like the random drug testing they do in prisons.

The fallout from this in the diesel world is going to be huge.

VW’s alleged perfidy may very well hurt every company that manufacturers diesel engines, large and small. And that’s a shame. The the big diesel manufacturers managed to cut exhaust emissions from their engines by more than 95 percent since that 1998 consent decree was signed. That’s an engineering feat on par with the Apollo moon landing, and should be a source of pride for the industry.

This story doesn’t end with VW. The EPA isn’t going to walk away satisfied that they’ve punished the German automaker. Everybody who builds a diesel engine ought to be preparing for a new and much more rigorous emissions testing protocol from the EPA. And you can bet the agency is going to be prying pretty deep into those software programs too.

It’s going to get interesting. 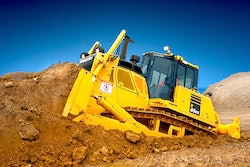 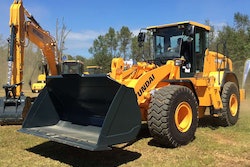 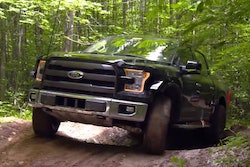