What should have been a happy day for a lover of heavy equipment turned tragic last week when an accident involving a vintage bulldozer killed two people in Ohio.

According to a report from WKYC TV, 44-year-old Kevin “Scott” Moore and 39-year-old Barb Hammer were run over and killed by the dozer in what appears to be a freak accident in Plymouth Township.

The Ashtabula County Sheriff’s Office told FOX 8 TV that Hammer had accompanied Moore to pick up a 1968 bulldozer he had purchased for $1,500 from the property of the previous owner. Moore had started the machine up and placed it into gear but left the operator’s seat when the machine appeared to be stuck.

Witnesses say the machine “released a thick plume of smoke and lurched forward, hitting Moore and Hammer,” FOX 8 reports. Moore appeared to be attempting to work on the machine.

The dozer continued to move another 75 yards, dragging the vehicle Moore and Hammer had arrived in before crashing through a fence and eventually crashing into a treeline across the street from the property.

Moore, whom co-workers and friends described as an experienced equipment operator, and Hammer both worked at American Landfill Management. Moore previously owned his own excavation business.

What caused the machine to suddenly move forward is still under investigation. 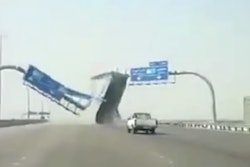 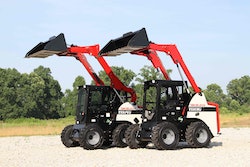 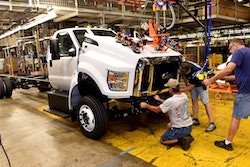