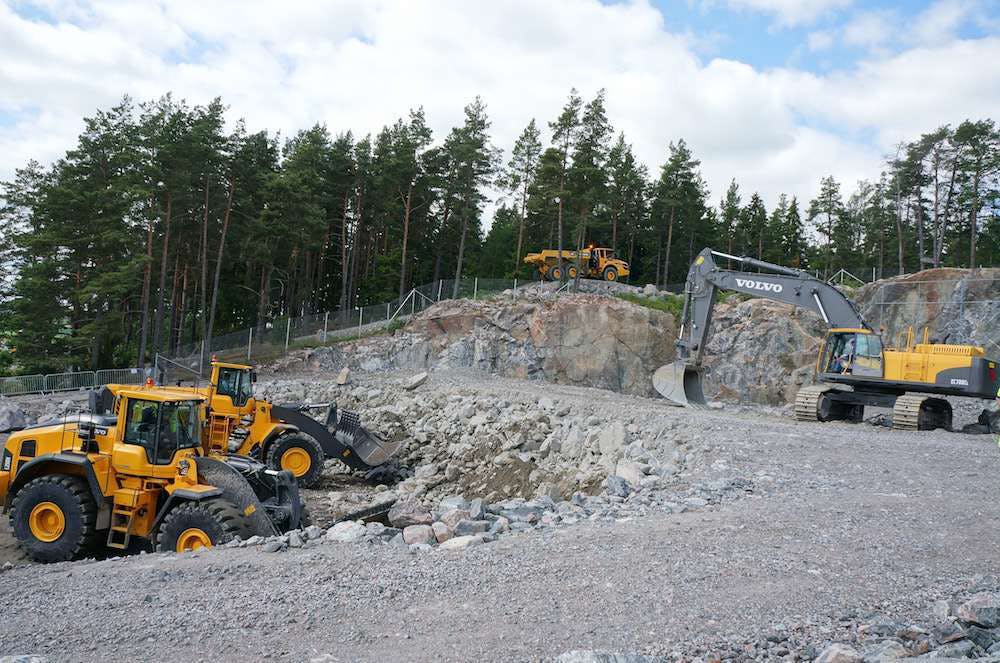 Volvo Construction Equipment is partnering with multinational construction firm Skanska Sweden and the Swedish Energy Agency on a nearly $25 million research project that will examine electromobility possibilities in a quarry environment.

“The interesting thing about quarries is that you have so many different functions on one site,” said Erik Brandsma, director-general of the Swedish Energy Agency, in a conversation with Equipment World following the research announcement, which took place at the Construction Climate Change summit, in Gothenburg, Sweden. “The key here is to look at the whole system and how each component integrates with each other in order to get energy efficiency benefits. For example, if you’re depending on energy that’s still primarily generated by coal, you’re not dealing with the total problem.”

Brandsma said if the research demonstration project can identify specific quarry functions that can be electrified—such as a direct cable feed to an excavator that stays fairly stationary—these would perhaps lead to a template that can be used in other areas, such as construction. “It’s not just one yellow machine,” he said. “It’s how it all fits together.”

Compared with using diesel, Brandsma sees the possibility of an energy use savings of up to 71 percent being identified by the research.

More details surrounding the research project will be determined this fall, according to Jenny Elfsberg, Volvo CE’s director of emerging technologies in an interview during the Volvo Days customer event in Eskilstuna, Sweden.

“When we first started talking about this with Skanska, we quickly came to the conclusion that it would be difficult to talk about reducing diesel fuel emissions without talking about how we would change the production process,” she said. “Not only do we have to eliminate emissions, but we also have to increase production,” which involves the total site, including machines (such as crushers) that Volvo does not make.

The project, conducted with the help of two Swedish universities, will be completed in 2018.

Quarries became the test lab because they are less dynamic than construction sites, and “we needed a process where we could actually compare the existing process with how we propose to change it,” Elfsberg says. There were also some “quick wins,” such as fully electric excavators, which are now available primarily in material handling applications, although Volvo does not currently make a fully electric model. “This is the first step to showing a complete site solution and how future quarries could operate,” she says.

“We know our customers will buy technologically advanced machines when it makes business sense, when they can cut costs and increase uptime,” Elfsberg continued.  “We don’t exist to provide fancy new technology; we exist because we can give our customers solutions that helps them do their work.”

The Construction Climate Change summit, hosted by Volvo, examined ways to mitigate climate change through industry, government and community initiatives.  “We are part of the problem, so we must be part of solution, not just with words but also with action,” said Martin Weissburg , Volvo CE president when opening the summit. 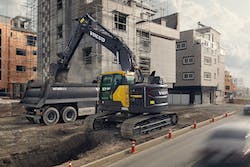 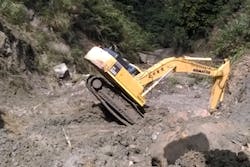 Head stands, extreme grades and giant boulders all in a day’s work for this excavator operator 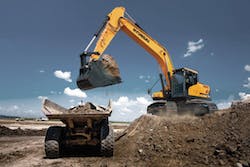 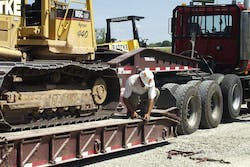