Hyundai has taken the wraps off of its latest series of excavators and the company says the aim of the new machines is making high-end features a standard expectation.

Replacing the Hyundai 9A Series excavators are the HX220L, HX260L, HX300L, HX330L, HX380L, HX480L and HX520L. The 220 through the 380 are powered by Cummins engines while the two largest machines, the 480 and 520, are powered by Scania engines. Each engine meets Tier 4 Final standards through a combination of selective catalytic reduction (SCR) and diesel oxidation catalyst (DOC) systems using diesel exhaust fluid (DEF).

Thanks to the new engines, along with improved hydraulics, Hyundai says the HX Series machines are 10 percent more fuel efficient than the 9A series.

But the big story with these new HX Series machines is definitely Hyundai’s focus on improving ease of operation.

For starters, the cab on these new machines offers a 13-percent boost in leg room over the 9A series along with reduced sound levels and a more efficient and powerful climate-control system.

Inspired by the touchscreen entertainment setups found in many luxury automobiles, Hyundai has also included a new 8-inch touchscreen cluster monitor in the HX Series cab. Paired with this new monitor is a haptic control located near the right armrest. This control allows the operator to navigate the monitor’s menus and provides tactile feedback through vibrations and pulses.

The new cabs also allow operators to access a 360-degree virtual operating view, which displays on the monitor. Four cameras on the machine generate this 360-degree image which also integrates a moving object detection system, alerting the operator when anything comes within 16.5 feet of the machine.

The machines also feature what Hyundai calls Intelligent Power Control which optimizes power based on the demand of the load and an Eco Breaker mode for selectable pump flow and improved fuel consumption when working with Hyundai hydraulic breakers and many other attachments.

Hyundai says smaller HX models and compact-radius models will be released in 2016. 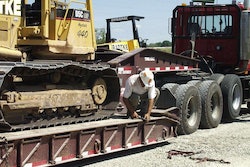 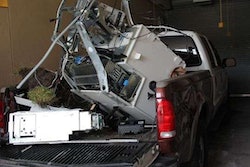 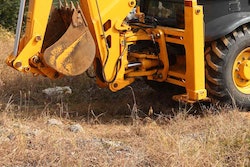