Ford dealers began placing their orders for the 2015 F-150 on Monday and pricing for the new pickup have been announced.

As expected, while the new aluminum bodies shave 732 pounds from the weight of the pickups, the material and new production methods add anywhere between $395 and $3,515 to the cost of the trucks. UPDATE: You can now check out the full order guide and price options list embedded below. The guys at Truck Yeah! were able to snag and upload it and Ford spokesman Mike Levine confirmed its validity to them.

The new trucks are also packed with a lot of new technology and features that likely add to the price of the 2015 models.

Everything from an LCD screen in the center stack, two extra speakers and a telescoping steering wheel are standard features this time around. Meanwhile, the higher-end King Ranch and Platinum pickups saw the biggest price increases of $3,515 and $3,055 over their 2014 models, respectively, and pack even more new tech. The King Ranch adds push-button start, LED cargo lighting and two 400 watt power inverters among other features while the Platinum adds even more including heated seats and steering wheel, massaging front seats and real wood interior pieces.

According to a report from USA Today, Ford will begin production of the trucks in the third quarter and start shipping them in the fourth quarter. Ford spokesman Doug Scott told USA Today the automaker expects to sell more of the higher-end models, noting that while all trim levels and engines will be launched at once, there will be a short delay before all of the cab configurations will be available for all models and drivetrains. 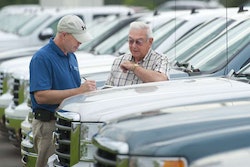 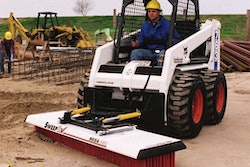 The Great Attachments Roundup of 2014 (GALLERY) 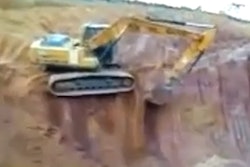