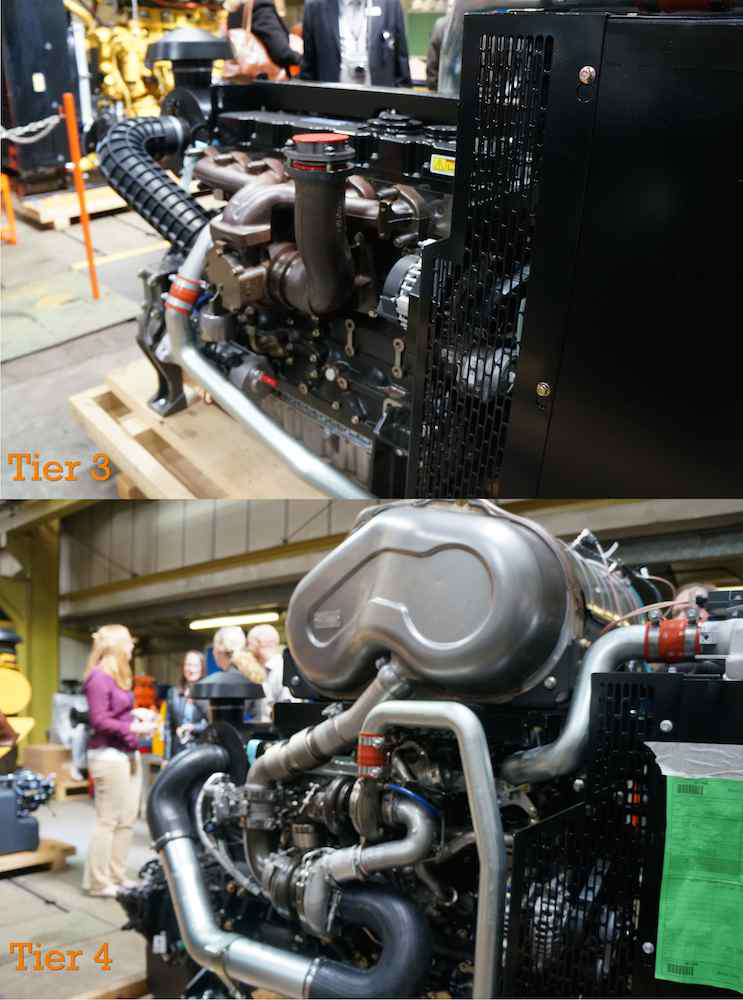 Perkins’ Tier 3 and Tier 4 Final engines sitting side by side at the Godwin plant illustrate the tremendous amount of real estate Tier 4 Final aftertreatment packages involve.

Although its global headquarters is in Bridgeport, New Jersey, Xylem Dewatering Solutions’ Godwin division still retains its heritage operation in Quenington, England, where several of the company’s pump end and canopies are produced.

“Ninety percent of our revenue is outside of the United Kingdom,” says Jim Mowbray, managing director, in a conversation with editors last week.

The municipal bypass, oil and gas and aggregates and mining markets have been key Godwin markets in North America, where the company has 44 rental and sales branches. In addition to its manufacturing capabilities, the UK plant, which has its origins in a construction firm established in 1865 by H.J. Godwin, serves as Godwin’s research, design and test facility.

Godwin is now coming into its fourth generation of its Dri-Prime automatic, self-priming pumps. In addition to the Perkins Tier 4 engine, this product will also have the Godwin Powerview Controller, a remote monitoring and control system capable of geofence alarms. “The engine is at least 50 percent of the cost of our units,” Mowbray says, “and with Tier 4, that percentage has jumped to 80 percent.”

And engines are key since “our customers are primarily concerned with engine maintenance rather than pump maintenance,”  says David Braithwaite, engineering director. Since the bulk of Godwin’s power range is 75-to-175 horsepower engines and Godwin has been able to take advantage of prebuying Tier 3 engines under manufacturer flex credits, the company will offer a choice of Tier 3, Tier 4 Interim and Tier 4 Final on its engines this year.