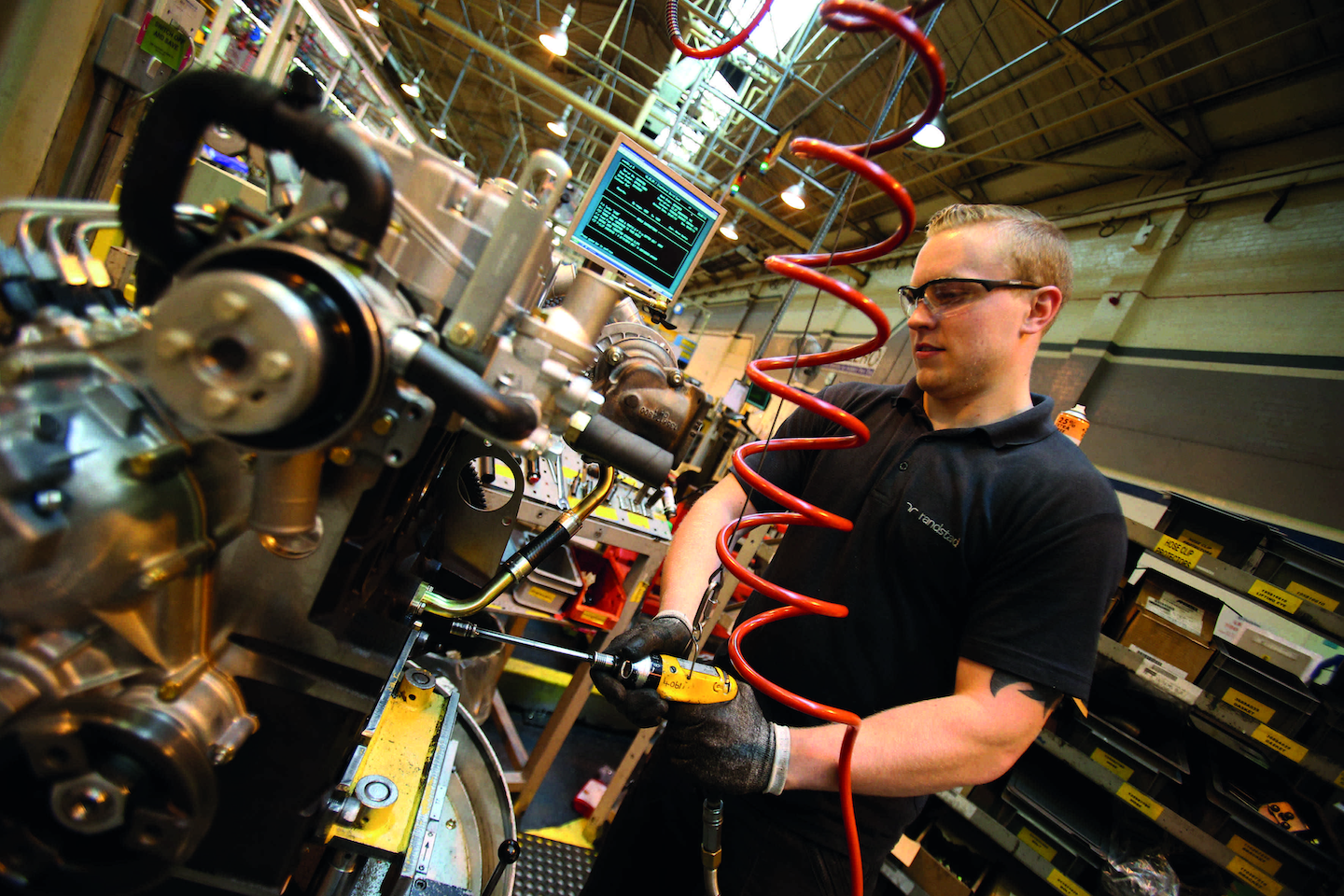 The Perkins Peterborough facility has the capacity to produce 500,000 engines a year.

Using the occasion of producing its 20th million engine, Perkins delved further into its previously announced Tier 4 Final approach during a press event last week, including how it will accommodate the resale of Tier 4 engines into lower regulated countries.

The company also offered a look at the process it uses to customize engines, and the implications proposed European Stage V emissions regulations may have here in North America.

“We are approaching nearly 100,000 Tier 4 Interim engines in the field, representing more than 51 million operating hours,” says Martin Parker with Perkins. “The reliability has been exceptional.”

Perkins will build on its Interim strategy with Tier 4 Final, using a variety of approaches depending on engine horsepower. In its 174-to-300 horsepower offering, for example, Perkins is using selective catalytic reduction, a NOx Reduction System, a diesel oxidation catalyst/diesel particulate filter, and a diesel exhaust fluid system. (See video to the right.)

In its 1206F engines, the highest Perkins horsepower offering for construction equipment, the total fluid consumption has been reduced by up to 5 percent, a calculation that represents an up to 8 percent decrease in fuel consumption and the addition of 2 to 3 percent DEF. The engines can run 10,000 hours before they need ash service.

The resale of Tier 4 engines into lower emissions regulated countries that have higher amounts of sulfur in their fuel is a “a complicated problem, and we spent a significant amount of time working out our plan,” Parker says.  And it’s one that’s becoming increasingly urgent. “Many of our Tier 4 Interim engines are now above 9,000 hours.”

Tier 4 machines require ultra low sulfur diesel, choking on higher sulfur amounts in fuel. Since a significant portion of used machines in highly regulated countries are sold into lower regulated countries—the common U.S.-to-Central-and-South America route, for example—engine manufacturers have had to come up with ways to “de-tier” Tier 4 engines—usually involving the removal of the aftertreatment—allowing them to operate on fuel with higher sulfur amounts.

Perkins approached this challenge by identifying the most likely destinations and types of machines sold into lower regulated countries. “For our first phase, beginning this year, we will focus on the dealers most likely to see these initial used machines,” Parker says. Making sure these dealers are ready with tooling and training, Perkins will then gradually expand the program as the used Tier 4 machine population grows. And since Tier 4 Final engines have more complicated aftertreatment systems, the program will evolve as those engines start to appear in lower regulated regions.

This approach will only be necessary for engines under 175 horsepower. “We will probably need to do a fuel filtration upgrade above 174 horsepower, but we won’t have to take off the aftertreatment,” Parker says, an approach that is common with Perkin’s parent company, Caterpillar.

Since 2008, Perkins has been using a technique it calls Technology Integration Workshops with its OEM customers, sitting down with them in a multiple day session to go over 3D renderings of engine placements within a specified machine. 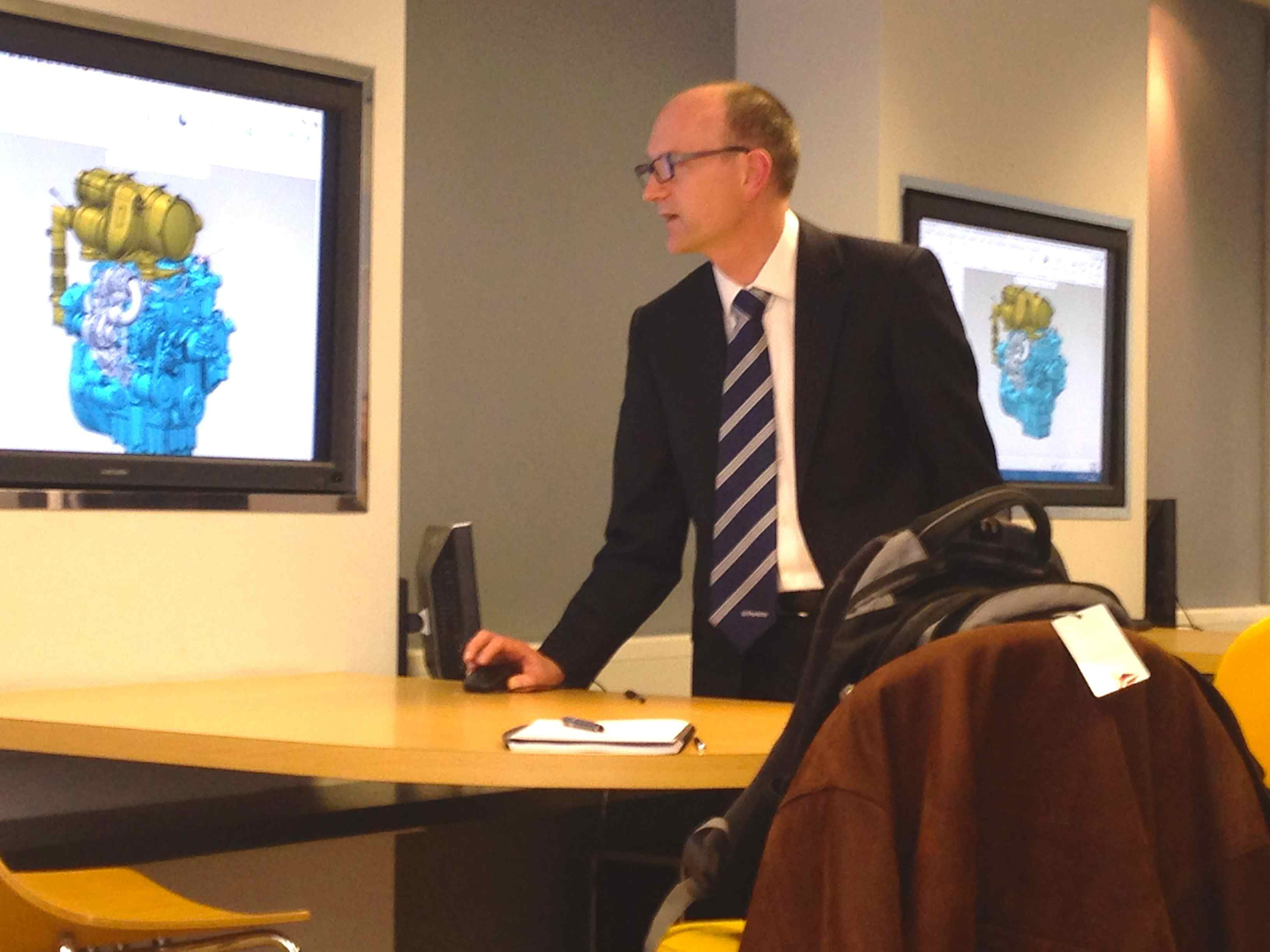 Perkins credits the process with cutting down engine integration design times by up to six months. “This allows us to attack serviceability up front,” says David Andrews with Perkins, including placement of dipsticks, oil fills and filters in relation to service doors on the under-design machine.

Bulky Tier 4 Final aftertreatment systems prompt engineers to consider several questions, such as size of the DEF tank (for example, if the OEM wants the tank to be filled at every fuel fill, a different size tank will be needed than if they want DEF to be replenished every other fuel fill). And since human error always needs to be factored in, an easily accessible drain plug is required if the DEF tank is accidentally filled with diesel. “There’s a lot of devil in the details with Tier 4,” Andrews says.

Right now, European Stage IV and Tier 4 Final regulations are similar, or “harmonized,” which makes it easier for engine and machine manufacturers to produce products for both highly regulated areas.

The proposed off-road Stage V regs, slated to begin in 2019 if implemented, further attack the amounts of particulate matter exiting a machine’s exhaust system, which in the United States was reduced by 90 percent from Tier 3 to Tier 4 Final. The emphasis this time is on the health effects of fine particulate matter and concentrates on particle number limits instead of particle mass limits. “This will require us to understand even more how machines are used so that we can optimize the technology choice to meet this regulation,” says Robin Woodward with Perkins.

If the United States adopts similar regulations, one immediate impact could be the requirement of emissions aftertreatment on engines in the 25 to 75 horsepower range, which currently do not require the use of a DPF. Perkins says there still is no clear indication which route the U.S. Environmental Protection Agency will take—if any—in response to Stage V.