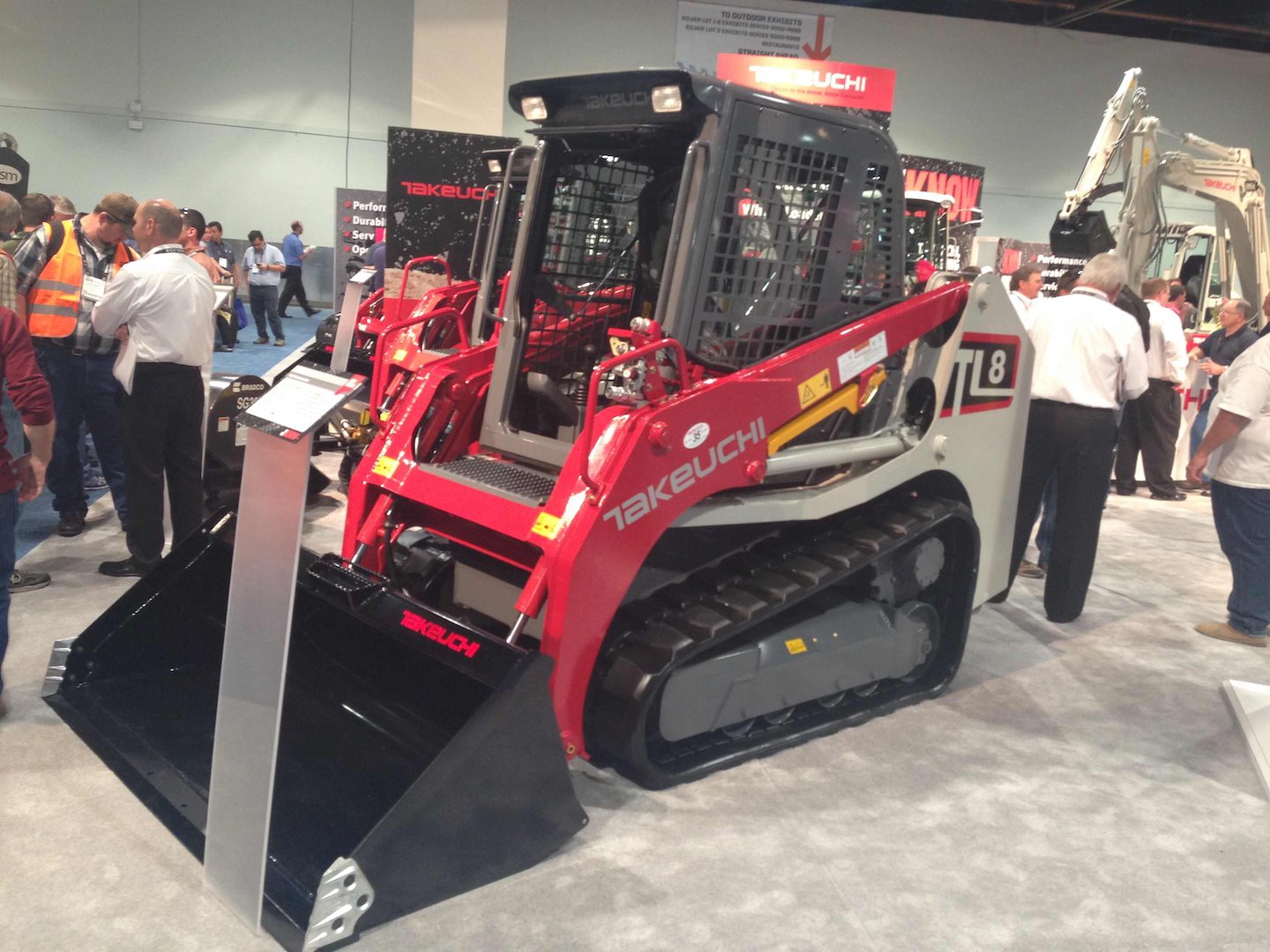 The track loader has more than 9,100 pounds of traction force, a 6,800-pound bucket breakout force and loader lift arm force of more than 6,700 pounds.

The machine’s 15.7-inch standard track that helps reduce ground pressure to 4.4 psi, and the machine has a rated operating capacity of 2,105 — 13-percent higher than its predecessor. ROC can be increased 10 percent with optional rear counterweights.

The TW80 Series 2 compact wheel loader, which replaces the TW80, has an operating weight of 12,698 pounds and a tipping load of 10,064 pounds.
Powering the machine is a turbocharged Tier 4 Deutz 2.9-liter water-cooled engine with improvements such as large heavy duty coolers, a self-adjusting serpentine belt and an electric fuel pump.

The wheel loader can travel speeds up to 24.8 mph and is equipped with high-flow auxiliary hydraulics (26 gpm) that help the machine handle a variety of attachments.

Cab improvements include updated gauges and switches, a large floorboard with improved pedals, a fully adjustable seat with armrests and a frameless door. 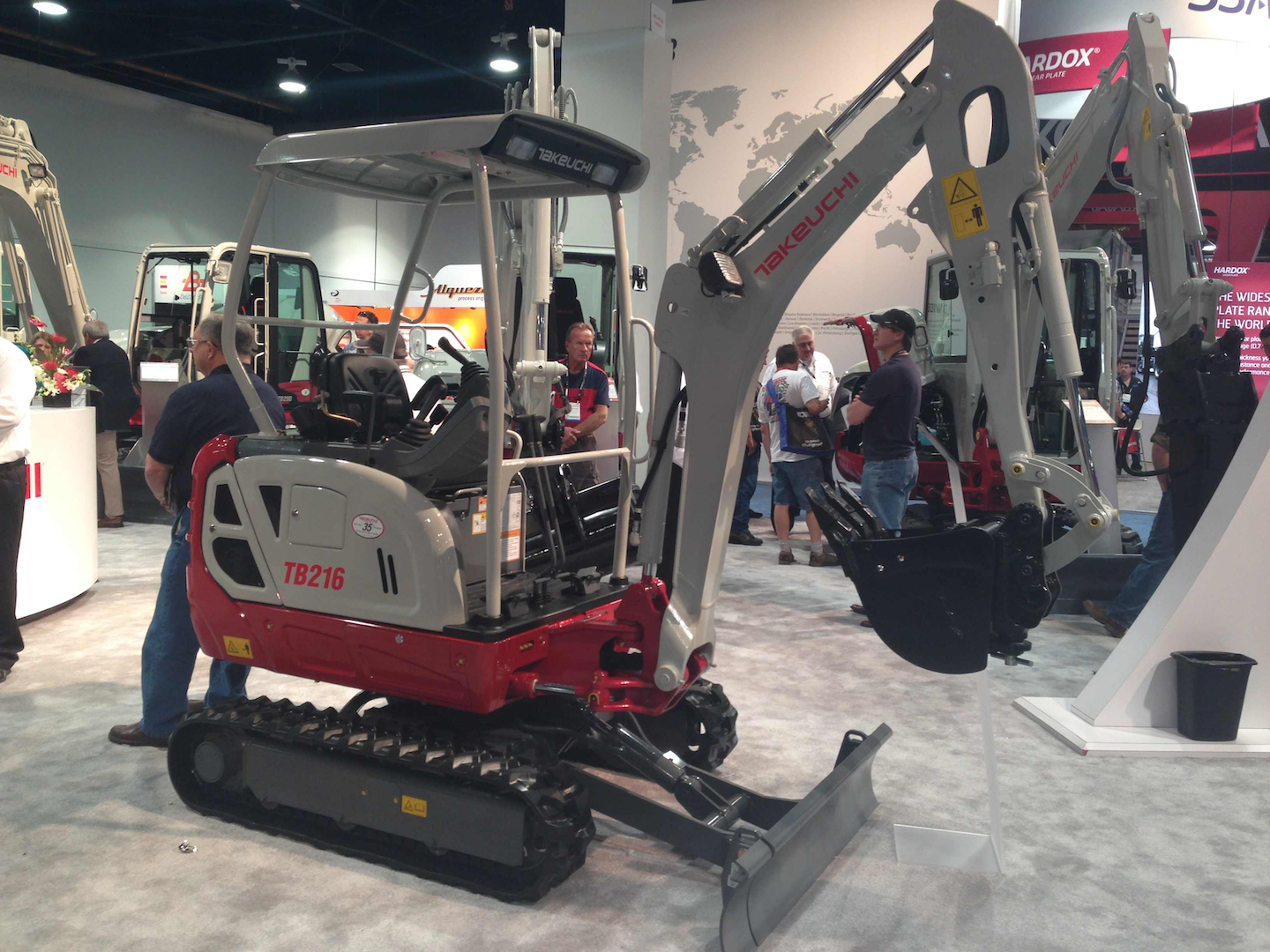 The TB216 compact excavator replaces the TB016 and features and updated profile and retractable undercarriage. A Tier 4 Final Yanmar engine delivers 15 horsepower to the machine, which can travel up to 2.6 mph.

The excavator has a 3,900-pound operating weight, 4,250-pound bucket breakout force, 9-inch-wide track that can provide a ground pressure of as low as 4.3 psi and a dozer blade that can be reduced to 38.6 inches when the tracks are retracted.

Other features include a two-speed planetary travel motor with an automatic shift down feature and a hydraulic system with pilot joysticks and variable displacement pumps. 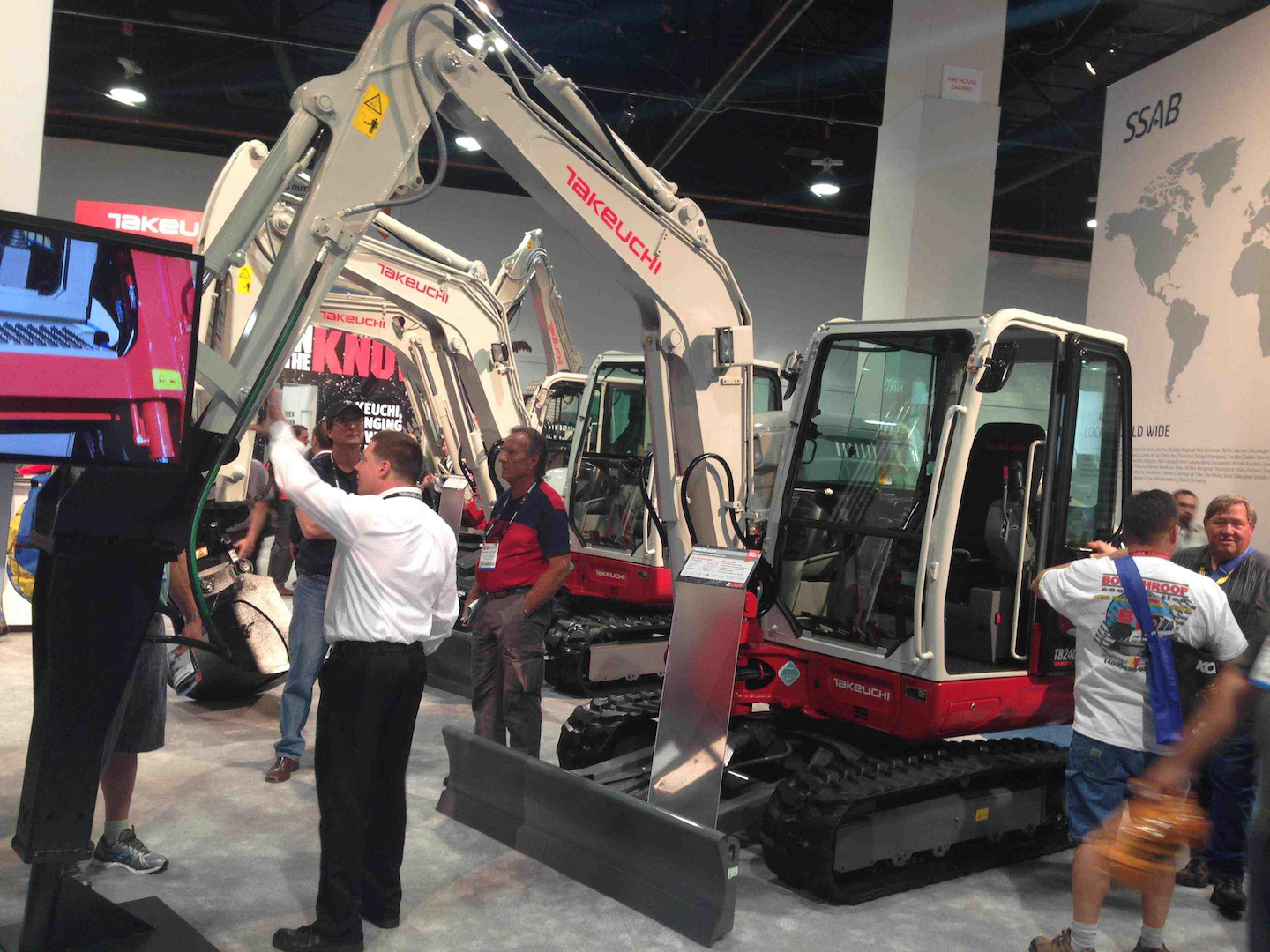 Improvements include an adjustable auxiliary flow, updated hydraulic controls and a redesigned body that has a large non-tilting operator’s station and allows for ground-level serviceability. 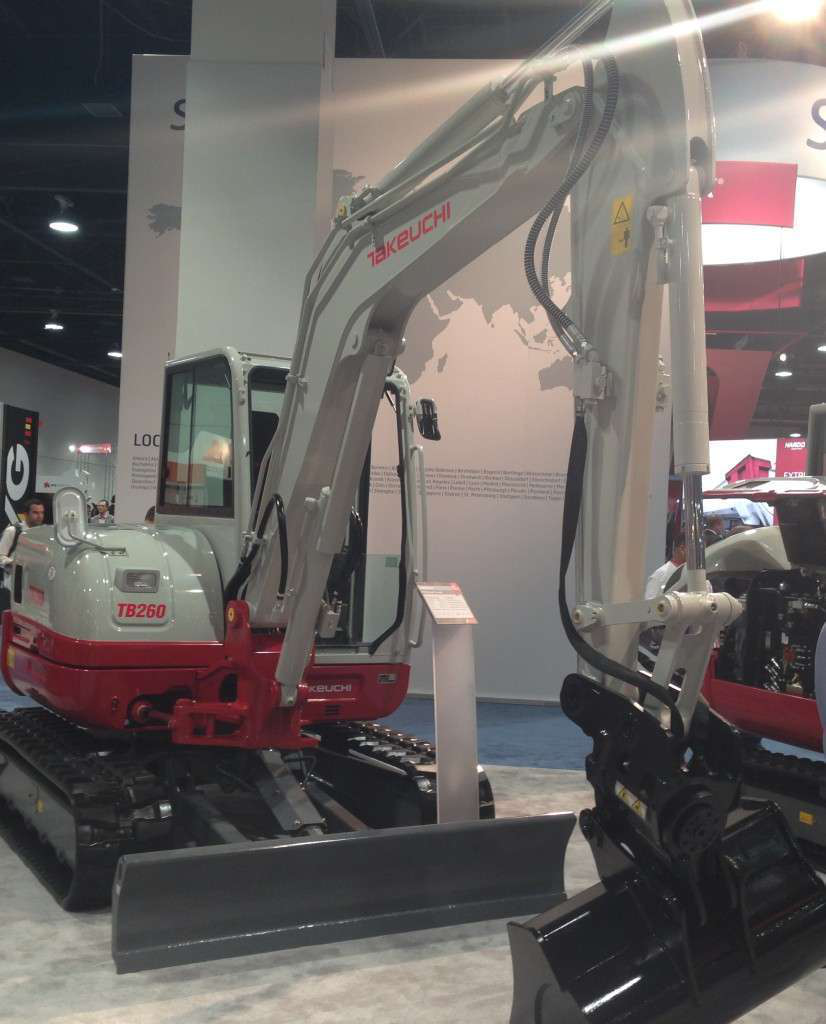 The TB260 hydraulic compact excavator features a redesigned profile and has an operating weight of 12,509 pounds and a bucket digging force of 12,756 pounds.

A turbocharged Yanmar Tier 4 Final engine delivers more than 47 horsepower to the excavator. 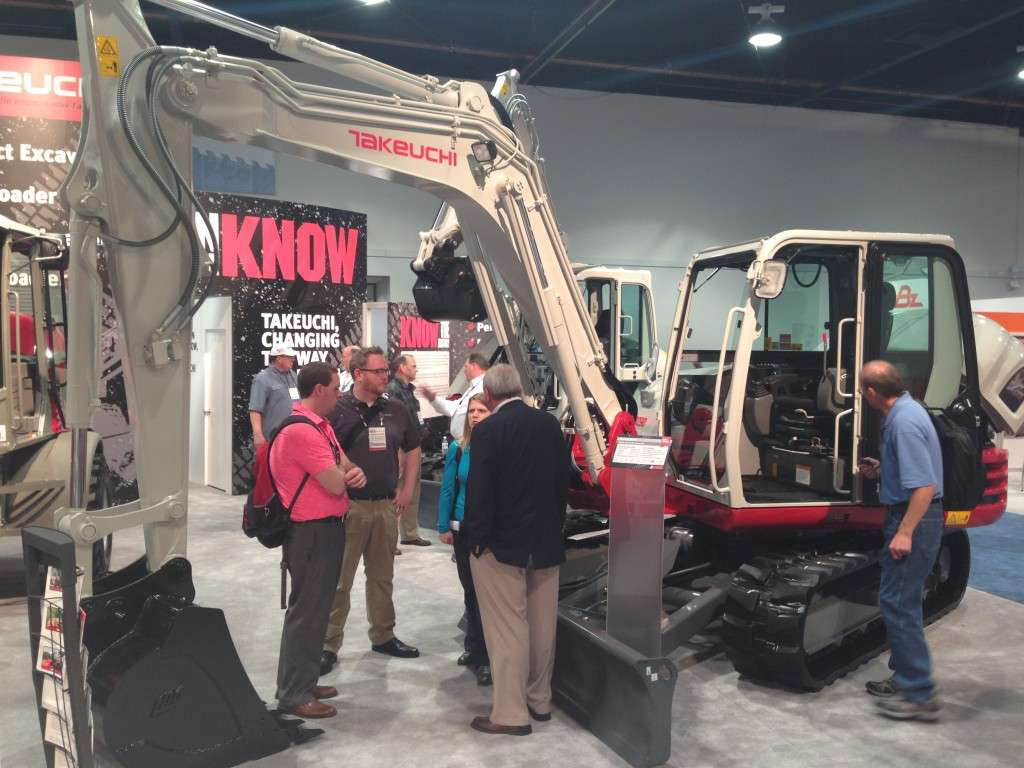 The TB290 hydraulic compact excavator is one of the largest Takeuchi offers, with an operating weight of 18,780 pounds and a bucket digging force of 16,568 pounds.
The machine has a dig depth of 15 feet and a reach of nearly 24.5 feet.

The excavator comes standard with Eco and Power working modes, first and second auxiliary hydraulics at the end of the arm, boom holding valve and overload alarm.