With most of the site work done on the 14-acre plot of land the theme park will occupy, West Berlin city officials and park management broke ground for the new Diggerland USA Tuesday.

Officials broke dirt with chrome-plated shovels—except for one. Brandon Moore, the general manager for Sahara Sam’s Oasis, the water park next door owned by the same company, went with the bucket of a JCB 4CX backhoe rather than a shovel.

RELATED: See videos of the rides and attractions from other Diggerland locations

Diggerland officials say that machine and many others will be available to children and their families to operate when the park opens early this summer. No official date has been set, but the Diggerland USA website has been taking reservations for birthday parties as early as June 14.

The park is inspired by four other Diggerland locations, all in the UK. Park guests operate full size machines in obstacle courses, reminiscent of dealer operator rodeos and construction equipment experiences such as People at Play and Extreme Sandbox.

Machines are also used as rides, such as the Spindizzy, in which an excavator takes a bucket full of people on a 360 degree spin. 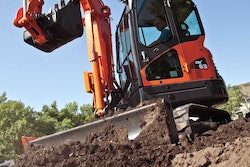 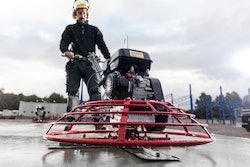 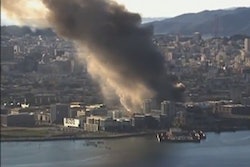