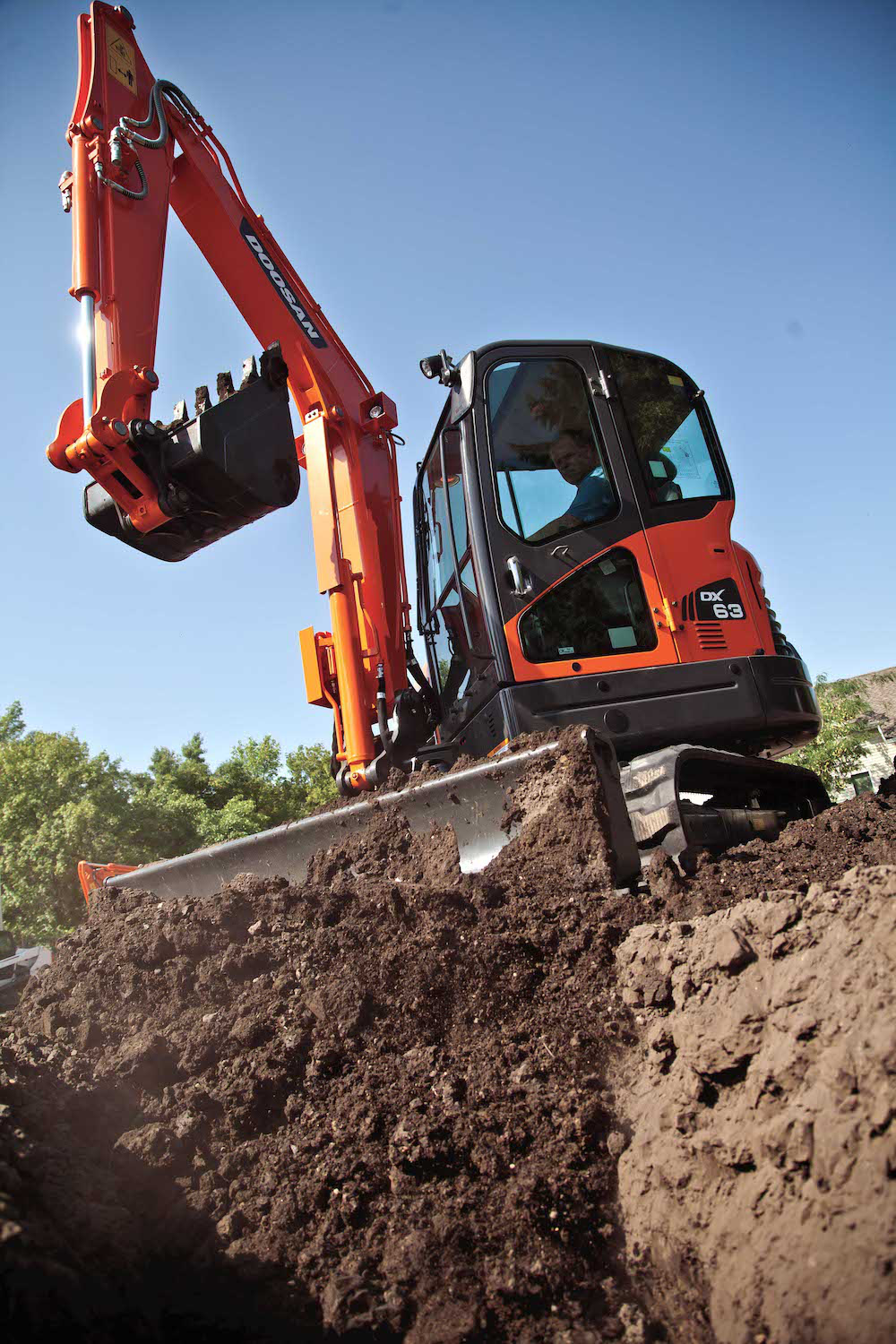 Doosan took advantage of ConExpo-Con/Agg to preview three excavators, its DL420-5 wheel loader and DA40-4 articulated dump truck, plus announce a new standard telematics package that will debut in May.

All Tier 4 models will be officially launched late this spring, when Doosan will give details on the larger excavators, wheel loader and artic.

“We’re expanding our dealer network and going into key markets in 2014,” says Aaron Kleingartner, Doosan marketing manager.  The company announced this week that it has added Acme Operations’ Bobcat of Savannah, Bloomingdale, Georgia, as a dealer.

Doosan is working with Orbcomm to deliver the telematics package, which uses a standard onboard modem to connect you to your machine via your cell phone or satellite communication through a computer, allowing you to instantly gain access at a full range of real-time machine data, including operating parameters and location.

“If you lose the cell signal, it will automatically turn to satellite,” says S. B. Kim, manager, Doosan Heavy Product Development. Critical information—such as oil-pressure loss, high coolant temperature or unauthorized use—will instigate an automatic alert sent by email or text. It will be standard on most units Doosan sells, and offered free for three years. 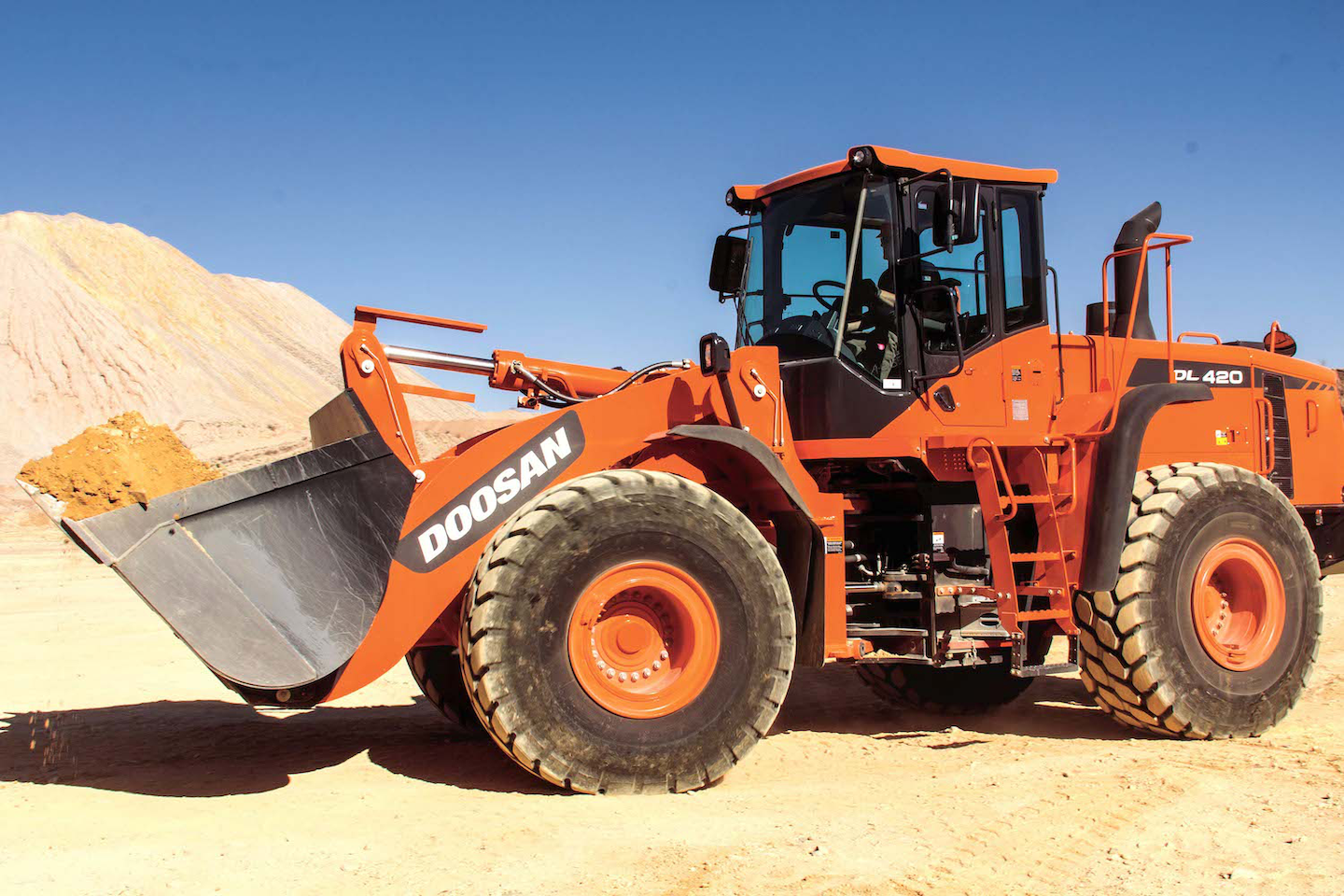 Doosan will introduce the DL 420-5 wheel loader (pictured) and DX 350-5 excavator (below) later this spring, along with its new telematics package.

At the show, Doosan announced details on the 59.4-horsepower DX63-3 compact excavator, which has been upgraded with multi-function joysticks, a blade float, color instrument panel and auto-shift drive system. With an operating weight of 13,779 pounds, the machine’s horsepower has increased 13.5 percent.

Compared to the previous model, the DX63-3’s upper structure is shifted rearward on the undercarriage to increase efficiency. With 11.6 inches of tail swing overhang, the model has a maximum dig depth of 13 feet 6 inches. It offers 5,767 foot-pounds of arm force, while bucket force is now 9,731 foot-pounds. Its maximum dig reach is 20 feet 5 inches.

Doosan says all models above 75 horsepower will use various technologies in combination, including cooled exhaust gas recirculation and selective catalyst reduction using diesel exhaust fluid. Some models will also incorporate an exhaust brake to help the engine reach and/or maintain the optimal operating temperature. 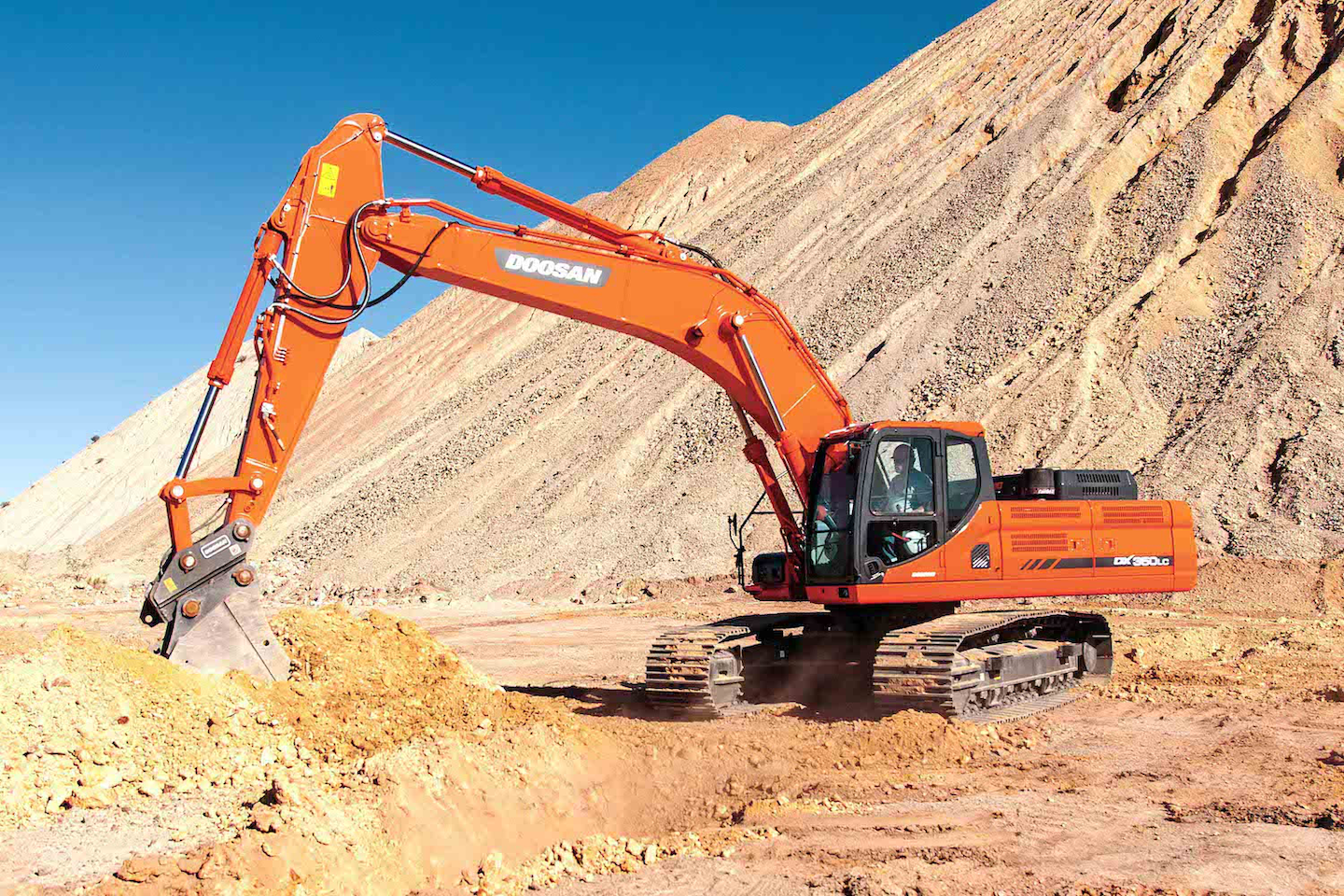