The California Air Resources Board March 6 announced proposals to change elements of its Truck and Bus Rule emissions regulations that would mostly impact contractors with low-milage work trucks, very small fleets and owner-operators, though some elements could impact fleets.

CARB’s rule required that all truck owners running in the state with pre-2007 model engines either by Jan. 1 replace their equipment with a 2007 or later model engine or install a particulate matter filter.

Changes to the regulations that will directly affect contractors are a redefinition of “low-mileage construction trucks” and extended compliance dates for those trucks.

The new schedule has been extended over the next four years and the full-compliance date is now 2018 as is shown below.

According to CARB, if the fleet owner meets the compliance schedule above for the entire fleet of heavier or lighter vehicles, except vehicles that are using the Low-Use Exemption, the remaining heavier or lighter low mileage work trucks in the fleet may be exempt from meeting compliance for that year. And any vehicle that meets compliance may be counted towards the schedule even if it is not a low mileage work truck.

Owners of a lighter or heavier low-mileage work truck must meet compliance by January 1, 2016.

1. The letters WT or CT shall be white block lettering on a black background. Both letters shall be at least three inches high on a five by eight inch background.

2. The label shall be located on the left and right door of the vehicle and be in clear view at all times.

CARB is accepting public comment on the proposals until April 21, and then the board will meet the same day to discuss the changes and consider public comments before either voting to approve them or making changes and then having another 15-day comment period.

To take advantage of the good faith efforts extension, truck owners can use the CARB TRUCRS system. 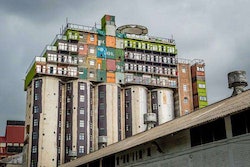 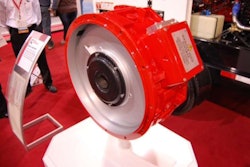 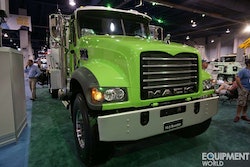