Even the best mechanics and technicians tend to get brain freeze when faced with an electrical problem. Fleet managers and shop supervisors who get impatient with the lack of progress only make things worse. 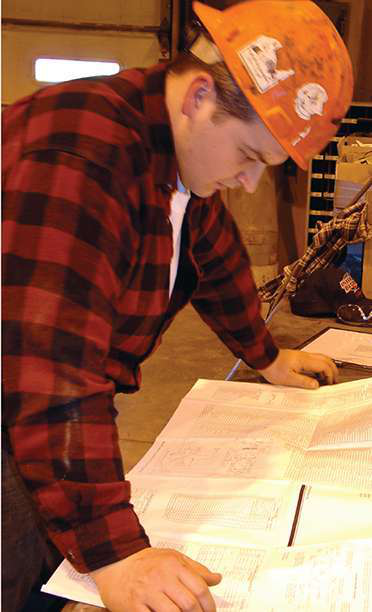 Why? Because mechanical work and electrical work are two different animals.

“If you try to apply mechanical logic and thinking to an electrical problem, you are pretty much doomed to fail,” says Dan Sullivan, who teaches electrical diagnostics and has authored a book on the subject used in many tech and vocational schools.

Failure to understand these differences is a big problem, Sullivan says, leading to frustration, wasted shop hours, needless repairs and unnecessary downtime. The solution, at least to a mechanic or his supervisor, is almost counter-intuitive.

“The single most important thing the technician or supervisor should ask is not what is wrong, but what is right,” Sullivan says. “There are thousands of answers to the question of what is possibly wrong. There is only one answer to the question of what is working right. You want to choose the question that’s going to allow you to winnow down to the simple failure by identifying first those things that are working. Focusing on the 99.9 percent of what is right will inevitably lead to the 0.1 percent that has failed,” he says.

With mechanical problems, the clues are immediate: noises, shavings in the oil pan, smoke, fire, rough idle, etc.; so the answer to the “what’s wrong” question is obvious. With electronics, something just stops working – mysteriously, so the question “what’s wrong” is unanswerable.

The only way to begin the diagnosis is to do what Sullivan calls your homework. That means reading the schematics, and, he emphasizes, spending a lot more time reading quietly by yourself than you think you need.

“People freak out if you say a four-hour diagnostic is normal,” Sullivan says. But if a guy gets four hours to change eight tires, I ought to get at least four hours to figure out how to make that same truck run that has six computers in it.”

Again, electrical diagnoses and repairs are the inverse of mechanical. A mechanic may diagnose in a few minutes what’s wrong with a mechanical system. But the repair could take hours or even days. The electrical problem will likely require hours of diagnosis, but then only minutes to repair – often just a corroded connector or frayed wire.

It is imperative that both the technician and the shop supervisor understand this, Sullivan says.

“The supervisor sets the tone. If the expectation is that this is the proper way to do it, it takes the pressure off the technician,” Sullivan says. “Otherwise, the technician will go to the machine and start tearing out all kinds of things. They get what I call ‘happy hands.’ Guys don’t know what’s going on electrically, so they start tearing things to pieces. It makes the problem worse. The ‘I can get it running’ mindset is more prevalent than the ‘I can get it fixed.’”

One of the reasons technicians don’t like studying schematics is that they haven’t been taught properly how to understand them, and so they avoid them with reason. There are more than five standards (ISO, ANSI, DIN, etc.) for writing schematics and engineers often mix and match these standards to suit their own purposes.

As an example, Sullivan says Caterpillar schematics are drawn as a graphic representation of the location of the parts. The layout of the drawing is the layout of the machine. Deere, on the other hand uses a more European approach in which the schematic is more direct and then you use a different wiring diagram that tells you where the wires and components are.

Manufacturers might follow the standards, but not rigorously, Sullivan says. “You can usually assume that their drawings will be 80 percent to the standard and 20 percent their own stuff.”

The end result is resigned ignorance. “Guys don’t know how to read them and they don’t want to look stupid, so they try to diagnose without reading to understand the systems, but they can’t,” Sullivan says.

In his classes and training sessions, Sullivan has developed four rules on reading schematics that can help technicians and supervisors overcome these problems.

1. Learn to read and then redraw to diagnose.

Circuits are simple, but wiring is complex. Information about the circuits may be scattered over several pages in the manual. Sullivan says you must first read the drawing and all the relevant information in the manual. Then take out a blank piece of paper and redraw the circuit(s) and all its parts yourself.

“Draw the fuse. Draw the ground. Then connect them together. Draw an X where the load is because every circuit has those three things,” Sullivan says. “Draw it as a straight line. Then all you have to add is the switches. That tells you how the circuit works, not how to fix it. But it goes back to my point about knowing what’s right first.”

“If you can’t draw it, you don’t understand it,” Sullivan says. “The diagnostic answers are on that page, not on the machine. It is going to be more fruitful than going out and putting your hands on the machine.”

2. Read from negative to positive.

Forget what you have been taught, which is usually the reverse. “Find the load and then its ground, and then work towards the positive,” Sullivan says. The logic: if you do that you only have the single target of the positive post at the battery or the fuse.

“If you read it the other way and you’re looking for a ground, since all the other 99 loads have a ground there is not an immediate indication of a mistake,” Sullivan says. “If you read negative to positive then 99 out of 100 circuits are obviously the wrong direction and you can be assured of eventual success.”

3. There is only one load per circuit.

Because all circuits are parallel.

OEMs provide notes, indexes, legends, keys and other sources of information in their manuals. “These are tools, use them,” Sullivan says. Historically, technicians don’t read much. They look at it, freak out and don’t take the time.”

Diagnostics in the computer age

Today’s equipment is managed through complex electronic control modules (ECMs) and programmable logic controllers (PLCs) that take their instructions from software codes and multiplex wiring systems. This can make certain aspects of electrical diagnosis more complex, but in other ways it’s an advantage, Sullivan says.

“Today when you turn on a key, the only thing it does is provide one pin on a computer with a ground that the computer sees and then says to itself, ‘OK, he wants to crank,’” Sullivan says. The computer then runs through a series of programmed logic sequences, basically asking questions – transmission in neutral, battery voltage at 12.6 volts, parking brake on, operator in seat – before it allows the engine to turn.

“The first problem is that the manufacturer may not provide us with a simple list of these inputs. They bury them in the flowchart in an often overly-complicated diagnostic manual,” says Sullivan. So what I do is I teach guys not to follow the flow chart but to read it. Everywhere it says ‘switch so and so,’ highlight it. Go through the whole process noting every switch and sensor and extract that out of the flow chart and write a list of inputs that the box is looking for and their state.”

The second problem is fear, Sullivan says. “Some guys are afraid of computers, although the younger guys not so much. If you think about it though, a PLC is just a switch that everything on the machine has to come to for testing.”

The benefit of the new computer-based systems is that they simplify the testing for faults or problems. “You can test the entire system from just two or three connectors,” Sullivan says. “You don’t have to go all the way out to the front and ohm-out one thing and all the way back and ohm-out this other thing.” Most machines are going to have at most a half-dozen multi-pin connectors that are usually well marked and from these you can quickly locate problems. “All roads lead to the PLC,” he says.

Sullivan adds on precautionary note however. “In this day and age of a multitude of safety interlocks, you do not straight wire anything with jumpers. If you do so you’re potentially going to be looking at a lawsuit. The days of blue wires and toggle switches are long over.”