The Washington State Department of Transportation officials in charge of the world’s largest tunnel-boring machine have another mystery on their hands deep below Seattle.

After finally getting moving again last week following a two-month period of downtime, Big Bertha has been halted once again. This time, for a different, and unknown, reason.

Workers put Bertha through two test runs last week to see if a blockage caused after the machine hit a steel pipe had been fully removed. She advanced four feet before a warning light was triggered in the control room signaling high temperatures near the machine’s cutting face, according to a report from the Seattle Times.

Temperatures reached 140 degrees near the cutter head which is about 1 1/2 times what’s normal. Over the course of the next few days, WSDOT officials will confer with outside experts to try and figure out the problem.

Todd Trepanier, tunnel-project administrator for WSDOT told the paper that stoppages like the ones the department have seen so far are typical, saying when it comes to tunnel-boring machines, “issues like this occur throughout the drive.”

Bertha has completed one-tenth of the 1.7-mile State Route 99 tunnel which will carry a double-deck highway. It will replace the SR 99 Alaskan Way Viaduct. Replacing the viaduct will cost a total of $3.1 billion. Digging the tunnel alone will cost $2 billion. 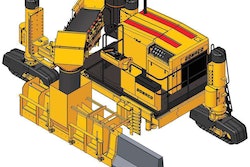 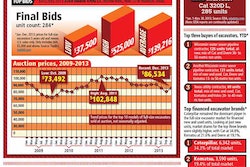 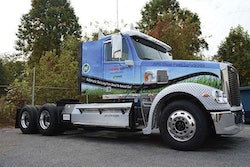