After two years with the company, Tim Frank announced Monday morning that he has resigned as chairman and CEO of Sany America.

The resignation was effective Friday, October 11. The announcement came to news outlets in an email sent out by Frank directing any media inquiries directly to him.

“I enjoyed my time getting to know the Sany people and culture. I am proud that together we achieved record sales and profit in the U.S. during my time with the company. However, the time came for me to move on,” Frank wrote in his emailed announcement.

In a phone interview with Equipment World, Frank offered no further comment on his decision.

Frank led Sany America, a 7-year-old equipment maker based in Peachtree City, Georgia, to its first profitable quarter in the first quarter of this year. The company has turned in two more profitable quarters since. Frank’s announcement said “2013 sales are on pace to more than double 2012 results.”

He led the company through the transition of manufacturing concrete pumps to assembling crawler excavators for North American and Central America. He also oversaw a dealer expansion from a handful to more than 30 in that time.

Prior to taking the helm at Sany America, a subsidiary of Chiese equipment manufacturer Sany Heavy Industry , Frank held executive and management positions in 10 years at Volvo Construction Equipment, CNH Global and a brief stint at Caterpillar. 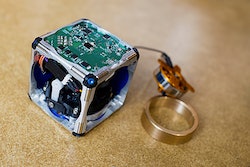 Buildings, heavy equipment and more could one day be built from these robotic, self-assembling building blocks 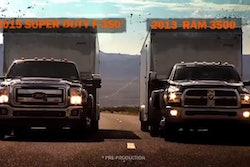 Ford drag races the F-350 against Chevy, Ram with 20k pounds in tow 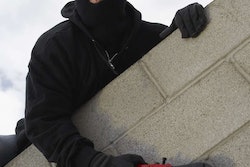 Less equipment is being stolen in the U.S., but getting your stuff back is still a big problem 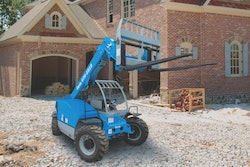