To get a feel for the capabilities of its new ISV5.0 diesel engine Cummins let us drive a handful of medium-duty commercial vehicles running on the new powerplant Friday morning.

The new engine, with some minor turbocharging modifications, will eventually find its way into the Nissan Titan half-ton pickup, but for now we were limited to laps around the track with a 30,000 pound school bus, a tow/recovery vehicle, RV and panel van.

While the power won’t crush you into the seat on takeoff, acceleration was acceptable in all four of these medium-duty vehicles, given their weight and configurations.

The big takeaway from the demo is the engines’ lack of noise and clatter. Inside these vehicles, the engine was barely audible—Lexus-like quiet. (See our explanation of the technology that makes this possible here.) Outside, the decibels come up a bit, but they’re still sufficiently quiet to hold a conversation in a normal tone of voice standing in front of the hood with the engine at idle.

Is this important? If all you care about is fire-breathing power and torque, probably not. But automotive diesels are beginning to gain acceptance in the U.S. market and certainly the noise of a diesel engine has been one of the factors, along with exhaust emissions, that have kept some people out of the market.

A quieter engine is not only convenient, there’s a bit of a safety bonus for contractors when they don’t have to shout to be heard over the noise of their trucks. And with a quieter diesel you don’t have to turn off your truck to hear or be heard on the speakers at a drive-through restaurant. Last but not least, your neighbors will appreciate it when you head out every morning if your truck doesn’t sound like a launch of the space shuttle.

For contractors the advantages of diesel in any size pickup are many. It is a safer fuel thanks to its higher flash point relative to gasoline. Many oil companies won’t allow gasoline engines around their refineries for this reason. Plus diesel gives contractors the convenience of a common fuel that works in equipment as well. Managers and supervisors with high-milage jobs will benefit from the better fuel economy as well.

Cummins also announced the horsepower and torque specs for the ISV5.0 in commercial applications. There are several iterations, but the spread is 200 to 275 horsepower and 520 to 550 foot-pounds of torque.

Pickup truck specs will be announced later by Nissan, but with the modified air handling system they’re expected to be about 300 horsepower and 550 foot-pounds of torque. Compared with a gasoline engine in similar applications the ISV5.0 will bring 20 to 40 percent better fuel economy, say Cummins officials.

The ISV5.0 is certain to draw comparisons to the Cummins 6.7L turbo diesel engine found in the Dodge 2500 and 3500. But Cummins officials point out the the two are fundamentally different. The 6.7 liter puts 750 foot-pounds of torque to the ground and weighs a hefty 1,150 pounds. The ISV5.0 weighs a relatively svelte 800 pounds.

Rather than compare this to its 6.7 L engine, Cummins says they’re targeting markets and applications that traditionally use a big V-8 gasoline engine. And according to Cummins’ research, that may be a lot of people. When the company surveyed pickup owners and asked them if an engine like the ISV5.0 might change their buying preferences, some 300,000 said yes. 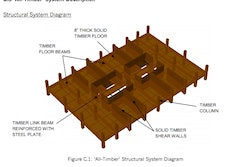 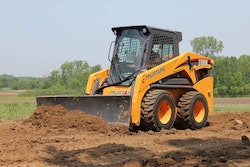 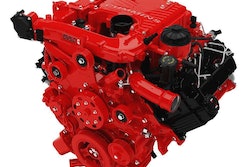