Ford’s Truck Group Marketing Manager Doug Scott recently sat down with Truck Trend to discuss some of the more notable ways the company has been making headlines of late, specifically its EcoBoost engines and what it hopes to accomplish with its Atlas concept.

The biggest buzz in trucks right now likely belongs to diesel’s resurgence. As evidenced by a recent Q&A Ford hosted on Reddit, many customers are curious whether the company will join Ram in announcing a half-ton pickup with a diesel option.

And while diesel has other benefits over gas, the main reason for this renewed interest among truck owners is fuel economy.

“The number one unmet need in full-size trucks for the last 20 years is the same as it is today—improved fuel economy,” Scott told Truck Trend. “There’s going to be an insatiable appetite for better fuel economy.” It’s that type of feedback that led to the development of EcoBoost in the first place. With EcoBoost Ford wants to offer the performance of a V-8 in a V-6 package. Ford says its EcoBoost V-6 makes for a reduction in fuel use of up to 20 percent over V-8.

Ford initially forecasted that the take rate on the EcoBoost would be in the low 20-percent range. But Scott said by the end of last year the product mix was 43 percent. “Everybody was surprised,” he said.

Scott also discussed the Atlas, the concept truck Ford unveiled in January. In addition to some radical new styling, the truck has several features to increase aerodynamics and fuel economy along with a ton of technology in the cab. You can read our full article here.

Scott said Ford decided to use the Atlas not only is it typically would with a concept, as a starting point for the future of the company’s design language, but also as a way to illicit customer feedback. “When you’ve spent that much money, you might as well get it out there,” he said. “That’s what you’re trying to do with a concept vehicle, is get people to react to it, so you understand what do they like, what do they not like, what are those opinions. We’re paying attention to all that feedback.”

The Truck Trend article also discusses the possibility of unibody trucks in Ford’s future. Click here to check it out. 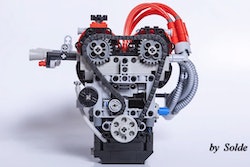 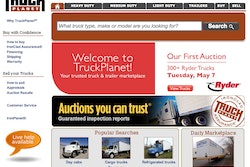 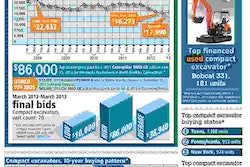