Although John Deere has been building heavy-duty tractors for decades, it only began offering four-track tractors in 2015, when it debuted its 9RX series tractor line.  The four original 9RX Tractor models—the 9470RX, 9520RX, 9570RX and 9620RX—range from 470 to 620 engine horsepower and feature a large, robust undercarriage and track system engineered to provide superior power, durability, and improved ride quality, especially when handling large implements in the field.

The 9RX Tractors feature either a John Deere PowerTech PSS 13.5L engine (9470RX and 9520RX models) or Cummins QSX15 engine (9570RX and 9620RX models) and are available with the e18 Transmission with Efficiency Manager, which allows for automated control of the engine and transmission as well as performance and fuel efficiency boosts. The engine powers a large-diameter drive sprocket and drive lugs that work to deliver high amounts of horsepower to the ground with less track slippage.

The tractors are equipped with rugged, puncture-resistant Camso Duradrive 3500 and Camso Duradrive 6500 rubber tracks and are available in 30-inch and 36-inch widths. The hydraulic system offers up to eight SCVs and delivers either a standard 58 gallons per minute of flow or an option 115 gallons per minute of flow. In addition, the 9RX tractors are designed with a mechanical Parallel Plane Four-Bar Linkage system with four inches of vertical travel. This helps to control movement and isolates the cab and operator from sudden impacts and vibration.

The tractors also come with the CommandView III cab’s improved suspension system for better ride quality as well as articulated steering and a fourth-generation CommandCenter for easy control of both the tractors and their implements. Also available is the built-in, fully integrated AutoTrac guidance and JDLink Connect information management as well as optional Active Command Steering system, which the company says allows for improved performance and ease of operation in a wide variety of operating environments. 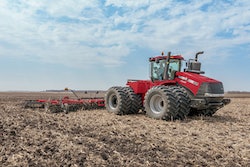 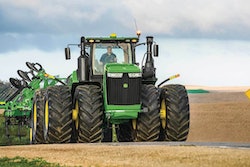 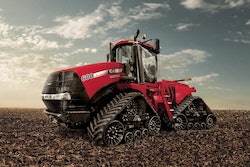