Editor’s Note: Robert Brash was a finalist for 2012 Contractor of the Year. He started Roice Construction in 2000 in Allison Park, Pennsylvania. He has 16 employees with annual volume of $3 million to $5 million. He serves the site prep, utility and stormwater markets.

Bob Brash has always been a hands-on guy who likes to truly experience his work.

He was working as a real estate developer after college, and as he watched homebuilders at work, he decided that building a house – just one – was something he wanted to try.

He purchased and began operating a skid steer, and was immediately hooked. Although he’d never considered a career in construction, he was off and running. He never built the house, but today takes on a range of site prep, utility and stormwater projects.

Starting a construction company from the ground up isn’t the easiest task, particularly when you have zero construction experience. Brash drove a truck the first couple of months to cover equipment expenses while taking on jobs. He bid small private projects and took on some public work to fill in the gaps. Although he placed ads in penny saver publications, Brash found word of mouth to be the best advertising, and he ended up making $60,000 that first year.

The biggest challenge, he says, was learning details that would be second nature to contractors who either grew up in construction or worked their way up to owning their own company. He had to quickly figure out how to bid and execute projects, and says he learned a lot from seasoned contractors in the area.

Brash says he took a lot of risks. “There are plenty of times I’ve been unsure, and there were times I was seriously concerned about being able to survive and make it,” he says. The key, Brash says, was observing successful businesses and modeling his own company after them. Seeing no need to reinvent the wheel, he was able to incorporate effective strategies from other companies into his own. For example, he used this approach when developing his safety program. “We followed a base, put in items we thought pertained to us and then went to associations for training materials.” By using other companies’ programs as a starting point, Brash had a solid foundation to build on at little cost and with little danger of missing something vital.

Of course, Brash no longer has to lean on other companies, as he’s viewed as a quality contractor with a first class operation who easily handles a variety of difficult projects. Michael Chuparkoff with the Terra Group, Brecksville, Ohio, says other contractors in the area have a high opinion of Roice Construction and of Brash personally.

“He makes a good impression,” he says. “There’s a lot of sequencing and staging on these jobs, and Bob coordinates and accommodates them.”

The accommodating attitude is part of Brash’s strategy, as is the smooth, professional feel of his operation. “I’m not going to skirt spending money if it makes us better,” he says. “I offer a good work environment, and I have excellent equipment.”

He sees having new, well maintained equipment as a win-win-win situation. Having quality equipment keeps his employees comfortable, which he feels contributes greatly to employee retention, as his workers know he wants them to be not only safe but content and fulfilled. If they’re comfortable, they’re more productive, so the client is satisfied. If the client is happy, Brash is happy.

Since there’s plenty of competition for work in the Pittsburgh-area, Brash made a conscious decision early on that he would go above and beyond what was expected. “The customers’ needs are a high priority for me,” he says. “If they need changes or favors, I’ll do it. They remember that later.”

This commitment has led Brash to be a go-to guy in the event of an emergency. Jim Seaman, a project manager for Masco Construction in McMurray, Pennsylvania, says Brash has helped him out in a pinch. “We had another contractor walk off a project. Bob came in on Friday and over the weekend and did the work,” he says. His working relationship with Michael Chuparkoff began with similar circumstances, as Brash was called in to sub for a GC the Terra Group had let go.

“If [the customers] need changes or favors, I’ll do it. They remember that later.”

Brash likes a balance and retains the hands-on philosophy he started with. Even though he still runs one crew, he’ll work in the field or in the office as needed. His accommodating nature has served him well.

Although he feels the Pittsburgh area is almost immune to economic problems, he’s been able to use a combination of quality work and good customer service to carve out his own place in the market. He normally runs two crews and has three to five projects going on at a time. He likes to take on projects in the $300,000 to $500,000 range, although he’ll take on both larger and smaller projects.

Last year, he built a new office and shop totaling 8,000 square feet with a fenced in yard. With just 16 employees, Brash doesn’t staff the shop regularly, but uses it for preventive maintenance while his dealer, Cleveland Brothers, performs all major and warranty work.

With respect to equipment purchases, Brash buys new. In fact, he doesn’t currently have a machine with more than 5,000 hours on it. He prefers to buy rather than rent, and will take advantage of both bank and manufacturer financing, always opting for the better deal. He’s been using a Topcon GPS system for about six years, and just added a second machine. Making smart purchases is important for Brash – he says he’s virtually debt-free.

With a small workforce, Brash is able to cultivate and maintain excellent relationships with his employees. “We can discuss things outside of work,” he says. “I’ll always see what I can do to help with a personal matter.” The size of his company also allows him to take a personalized approach to benefits.

He allows each employee to purchase the policies they need and prefer for their families, and then reimburses on an individual basis. His wife, Kristin, works in the office, handling a variety of tasks including contract writing. He also has an office manager, Holly Holben, who keeps things humming while Brash is in the field.

Although he started the company with no construction experience, there are few changes Brash says he’d make today. “I’m happy where we are,” he says. “I suppose I would prefer to have a better infrastructure for the company, but I didn’t see where the company was going. Maybe I would have slowed down just a little bit.”

Today, he’s contemplating where he wants to go from here. He’s considering expanding, but isn’t sure he wants to reach the point where he has to hire subs. Whatever he decides, he’s glad he made the decision to go into construction in the first place. Although it wasn’t planned, he says he wouldn’t trade it for anything. 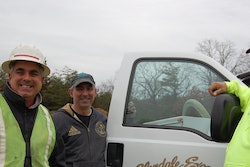 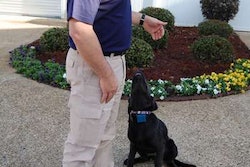 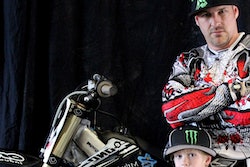