In a signing ceremony in Conway, S.C., on July 18, Gov. Nikki Haley officially signed into law S. 431, legislation to address the South Carolina Supreme Court ruling on Crossmann Communities vs. Harleysville Mutual (Crossmann) case. For months, Carolinas AGC and its members worked to get this legislation passed that will protect contractors from potentially going out of business. The signing ceremony was held at the Conway Recreation Center, which is being constructed by Carolinas AGC member Dargan Construction.

On Jan 7, 2011, the South Carolina Supreme Court issued a unanimous ruling in the Crossmann case that eliminated protection for contractors, homeowners, and developers of CGL coverage that protected them against claims and lawsuits arising from allegations of defective construction. Contractors have for years relied on this long-standing rule of risk insurance coverage. Carolinas AGC filed S. 431 in mid January and championed the legislation through the Senate, the House, and to the Governor’s desk.

Gov. Haley worked with Carolinas AGC and the HBA of South Carolina to ensure that the legislation was signed into law. “They [contractors] had a situation where this was actually going to make them have to decide if they were going to stay in business or not,” said Gov. Haley. “To put it in regular terms, if you buy an insurance policy and you think you are covered for something, there is nothing scarier than to find out that you aren’t covered. That’s what happened to them.”

Carolinas AGC Board Chair Mark Hood and Harry Dill, representing HBA of South Carolina, thanked Gov. Haley for her quick action and support of legislation that was critical to the construction industry, legislation that will allow many contractors to remain in business after years of suffering through a down economy. 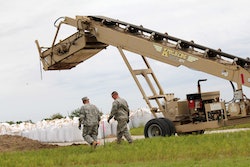 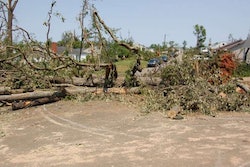 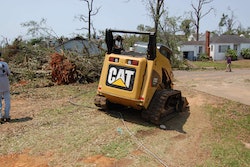